From the Director: Grounding

“My Heart Belongs Where the Trees Are”

A road trip to Eastern Oregon with The Blacktastic Adventure

The Toxins Beneath Us

The hidden catastrophe of groundwater contamination

“We Are the Original Conservationists”

Reclaiming the Black and Brown roots of environmental justice

Tribal members and conservationists are trying, camas patch by camas patch, to create a patchwork of native prairie in the Willamette Valley.

Drag kings are often overlooked in mainstream culture, but their performances have become important political forums in the Pacific Northwest. 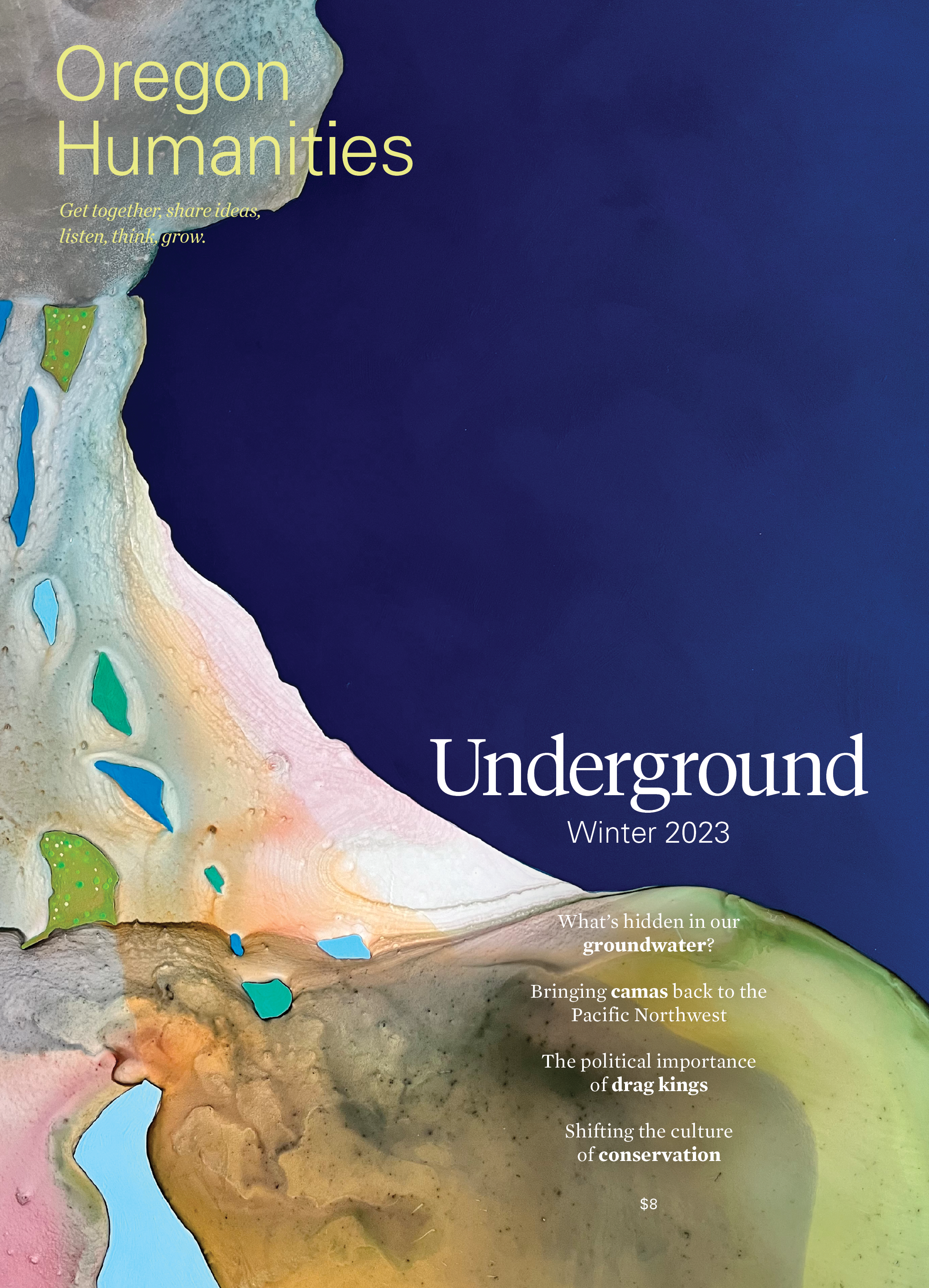