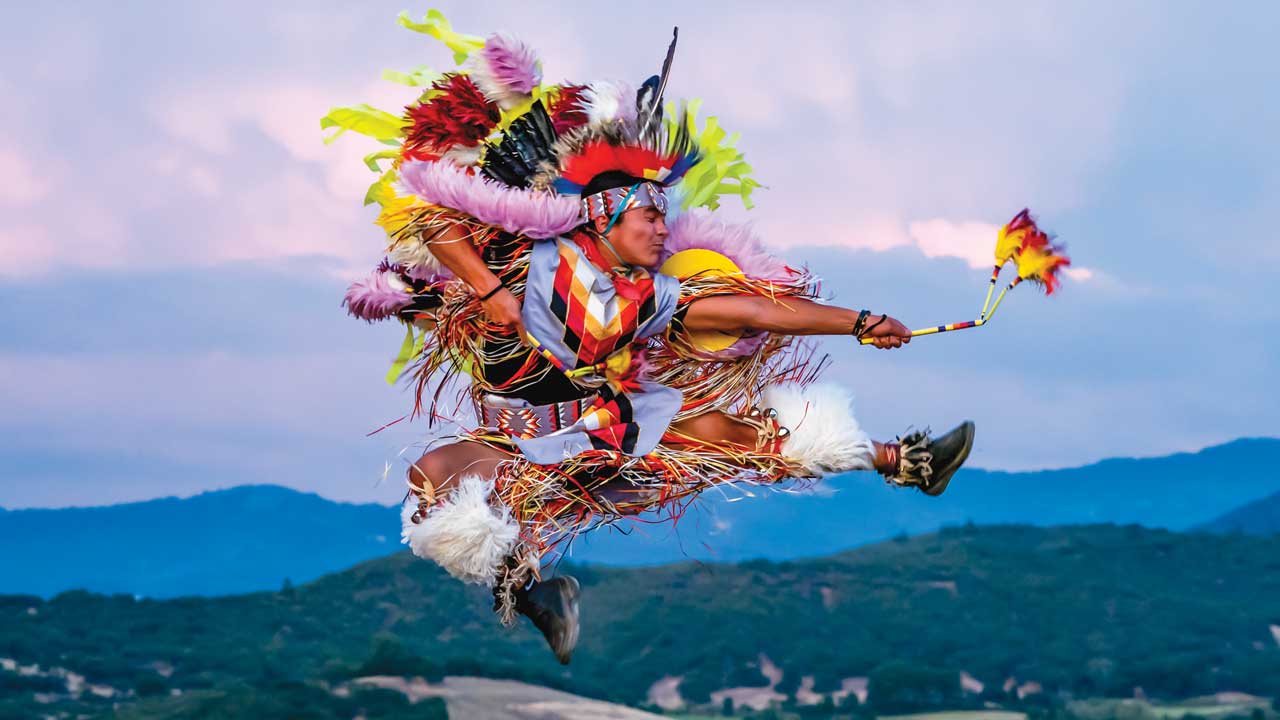 Justice Florendo (Wasco/Warm Springs/Yakama/Cherokee) is caught mid-leap in this photo taken by his sister, Chava Florendo, at Emigrant Lake, just outside of Ashland. Chava says, “We went to shoot a short video of him dancing to submit for a music video, and the lighting was so amazing. He was kind enough to pose, squat, jump, and spin over and over. Good thing he is young and in shape.”

“He is wearing men's fancy double bustle regalia made by my aunt Bonnie Peterson (Confederated Tribes of Siletz), the bustles were made by Stan Whiteman (Blackfeet), the roach by Aaron Gentry (Klamath/Wasco), and moccasins by Nike, because he was dancing on rocks for a video,” Chava says. “The regalia is lent to my dad, Brent, to dance good energy into it until the true owner is ready. Both Justice and my dad have danced their prayers into it. Including my son, we have three generations of fancy dancers.”

A photo of the Wood River by Paul Robert Wolf Wilson