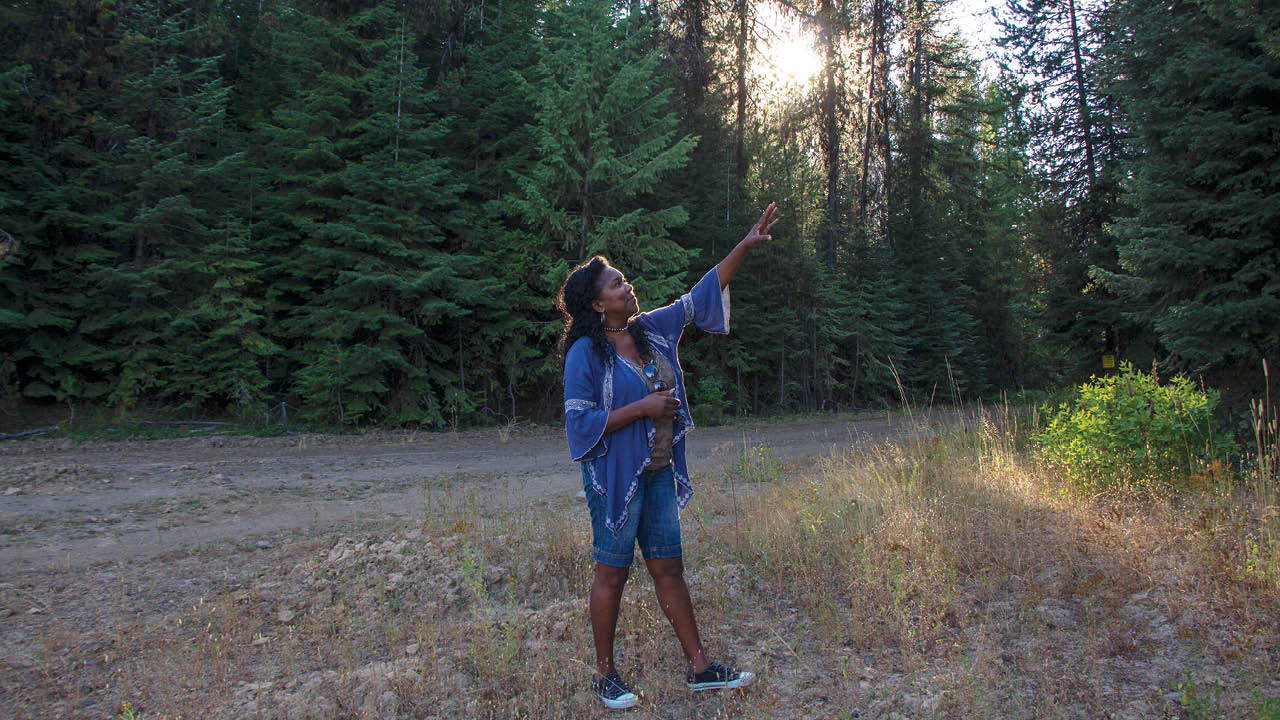 In 1923, the Bowman Hicks Logging Company built a company town in the Northeast corner of Wallowa County. For the ten years it was occupied, Maxville was home to around 400 residents, between 40 and 60 of whom were African American. At the time the town was built, the Oregon Constitution still included a clause that prohibited Black people from living or owning land in Oregon.

Maxville was a segregated town, with separate schools for white and Black students. In this photo, Gwen Trice, executive director of the Maxville Heritage Interpretive Center in Joseph, stands on the road into the original town site. “I’m looking toward the segregated African American quarter and school house location,” she says. Trice’s father, Lafayette Trice, was a logger at Maxville, coming to Oregon at nineteen years old with her grandfather, grandmother, and uncles. After the town closed in 1933, he moved to Baker City, where he drove a logging truck, and later settled in La Grande, where Gwen grew up. In 2008, she founded the Interpretive Center, which preserves the history of Maxville by conserving artifacts and buildings (including the original company office), collecting stories, offering traveling exhibits, and organizing an annual public celebration of this unique Oregon community. Learn more at maxvilleheritage.org.

Finding Home at the Mims

From the 1940s to '60s, the Mims House was a safe place to stay for African Americans traveling through Oregon. Now it’s a gathering place for the Black community in Eugene. Video by Nisha Burton.

In 2014, a canyon in Jefferson County was renamed for John A. Brown, one of the first Black homesteaders in Oregon. By Sika Stanton and Donnell Alexander