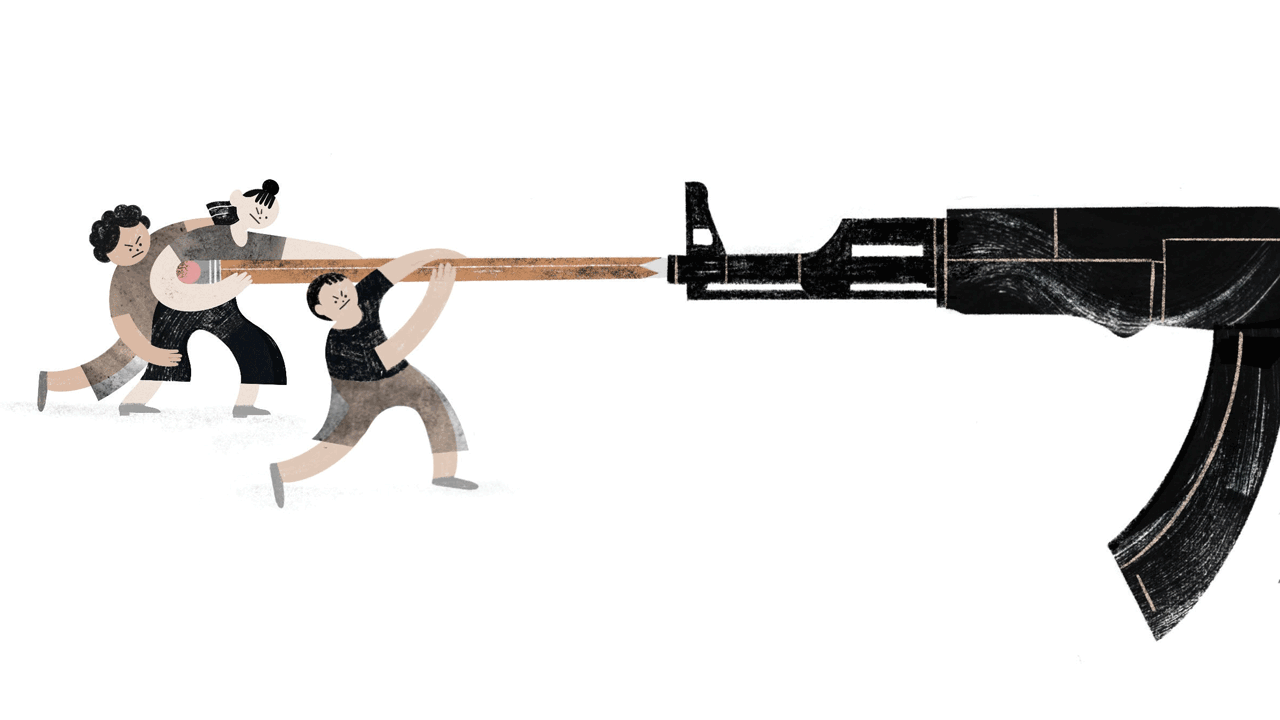 On June 16, 1883, 183 children died at Victoria Hall in Sunderland, England. According to reports, attendance at a Saturday performance a brother-sister duo of magicians called the Fays of Tynemouth was incentivized by prizes that would be given out at the conclusion. At the end of the show, not wanting to miss out on the giveaway, approximately 1,100 children in the gallery rushed down the stairs to the main floor. Most of the doors at the bottom of the stairs, which only opened inward, were bolted, to allow just a few children through at a time. The frantic wave of excited youths pushed into those at the front, killing 183 children by compressive asphyxia.

The Victoria Hall stampede stands as the worst tragedy of its kind in England’s history.

I’m thinking about the stampede on a Thursday morning in the student center of the school where I teach, where just over a hundred teachers, administrators, and staff have gathered to learn the best methods for stopping an active shooter on campus.

An officer from the local police department tells us our options if we are stuck inside a room while the active shooter is outside. He demonstrates each one with a fellow officer.

Belting: Take a belt, tie it tightly around the elbow hinge at the top of the door, then lean back and hold.

Wedging: Place a wedge against the bottom of an inward-swinging door.

Blocking: Topple desks and cabinets over to block the door.

He tells us how these methods have worked at other schools. At Virginia Tech, he says, it was critical in saving lives.

Despite the tone of reassurance in his presentation, the teachers are anxious. Each month, there are lockdown drills or fire drills or various other reminders. The teachers are versed in protocol—how to use the PA system, how to hide kids away from windows, how different bell tones indicate different threats—and it all mixes in with the usual chaotic rhythm of a school year.

But this is different, real, and ominous.

The officers open the session by showing us a drawing by a seventh grader from a local school. In it, a costumed boy, the shooter, lies, dead, next to his ex-girlfriend, whom he has shot. The next image: a list the boy made of classmates, teachers, and his family.

They tell us it was a near miss. The only reason the boy offered for why he didn’t go through with his planned mass murder was that his parents locked up their guns. But when the police arrived at his parents’ house, they found the gun locker closed but unlocked, hundreds of rounds accessible.

The teachers listen, fidget, sigh. They chatter nervously and stare out windows. A woman in front of me bites her lip. Some check their phones. A history teacher nods when an officer points out how weak a belt can be and that it’s better to have a nylon strap. Or, at least, a quality belt.

We are informed about ballistics—how getting low to the ground is often the most important action because of how well bullets have been designed to travel through objects.

A physics teacher is told that making a tourniquet with a strap less than an inch wide could cause loss of circulation in the victim, but a strap wider than an inch could allow the victim to go many hours without subsequent amputation.

Near me, a math teacher pushes her pencil hard into the paper as her diligent notes fill page after page. I imagine her processing of information resulting in a bulletin board, or echoed abstractly in future equations.

Most of us just stare, sipping coffee, unable to shake that drawing.

The purpose of the day is for teachers to practice active-shooter training. According to the officers, the training has been given by their department to only one other school. They ask to film our reactions to their instructions to better inform their practice.

We are asked if we know what a gunshot in a school sounds like.

It dawns on us that we are fortunate to admit we do not.

An officer shows us a handgun and the blanks he’ll be firing off around the school. When he leaves, the remaining officer continues on with his talk, instructing us to raise our hands if we think we hear a shot.

With every bump of the microphone on the presenting officer’s lips, every chair leg scraping the floor, hands fire in the air.

The officer is elaborating about ballistics when we all hear a loud crack.

On a normal day, it could have been a desk tipped over, a dropped textbook on concrete.

On this day, on alert, nearly every hand raises.

The videographer gets it on film.

That’s a gunshot, the officer confirms.

An English teacher near me leans back, throws his pen on the table. “How the hell are we supposed to recognize that?” he says. “I mean, how? Really, how?”

The math teacher continues taking notes. She’s written, “Solution: use belt or get a wedge.”

The solution for the Victoria Hall stampede was the invention and subsequent implementation of the push bar. A push bar, also called a crash bar, is a spring-loaded bar that runs across an outswing door and releases a latch when pressed, easing pressure to eliminate any kind of human stampede. It has become required code for many types of exits, as there have been a shocking number of human stampedes that have resulted in deaths. I think of the school meetings back in the late nineteenth century, in the days and weeks after the Victoria Hall stampede. There must have been calls for changes, solutions. After such a tragedy, there must have been loud applause—a parade, even—when Robert Alexander Briggs invented the panic bolt.

There is no cheering in our student center.

The gunshot still in our ears, a question is asked about chaos: What should be done if an active shooter is just outside the student center and these doors—the ones with push bars—are the only thing between the shooter and everyone?

The officer says he’s thought about it before and gives his best answer.

You need something to jam it, he explains. You have to fill the void between the lever and the door to stop it from depressing and releasing the bolt. He says he’s tried some things before, and a pencil might just do the trick. If you snap a pencil and place it right between the depressor and the bar, it might not allow the mechanism to release.

I imagine the moment—an active shooter outside the student center, the English teacher recalling this training and snapping a pencil in half, wedging it in the door. I imagine that it wouldn’t even work in the movies, let alone in the moment.

I hate that we have to imagine such scenarios at all.

Other scenarios we have to imagine and practice throughout the day: running from an active shooter, attacking an active shooter at the door of a classroom, and the best way to pin a person to the ground.

To prove how effective it is for anyone to pin someone to the ground, regardless of size, the officers invite a teacher who is smaller than most high school students over to an officer who is facedown on the ground. The officer is six foot three, 250 pounds. The room chuckles at the visual disparity. But then, as instructed, she places one hand over another on the back of his skull and planks her body to press her weight against his head. The officer is instructed to stand.

He pushes hard against the padded ground, but the teacher holds him. The rest of us are impressed, even happy in the moment, congratulating her as she succeeded in the demonstration, equipped now with the hope that we, too, could hold down an active shooter.

On a Saturday in Sunderland, England, in 1883, the deaths of 183 children led to an invention that has saved uncountable lives.

And yet, according to Jugal K. Patel of the New York Times, since the shootings at Sandy Hook Elementary in 2012, when twenty first-graders and six adults were killed with an assault rifle, “…there have been at least 239 school shootings nationwide. In those episodes, 438 people were shot, 138 of whom were killed.”

Where is our solution?

The President proposes arming teachers. Many schools are implementing metal detectors. Our school has erected gates, issued proximity cards for opening doors, and requires teachers to take attendance hourly. We have an armed officer on staff. We have “go bags” containing trauma kits.

I think also about the officers. When they watch the video of our training, when they see our arms dart up at the sound of a gunshot or a small teacher hold down a large officer, will they have any confidence that we can manage such a situation? Or will they watch with the same outrage teachers might have, wondering where it all went so wrong that we need to do these trainings at all? Or why there haven’t been any solutions?

If there is a hope in our training, perhaps it’s in the statistics that suggest a school shooting is unlikely. According to James Alan Fox, a professor of criminology at Northeastern University, 0.15 students per million were killed in school shootings in the 2014–15 school year, down from 0.55 per million in 1992–93. Apparently, with the increased visibility of tragedies, concern has increased as well.

Maybe, one day, an active-shooter training will simply feel like a fire drill.

And yet, unlike the installation of crash bars in concert halls or the redundant fire systems in theaters, a solution for the tragedy of school shootings feels far away.

And teachers now know what a gunshot sounds like in a school. 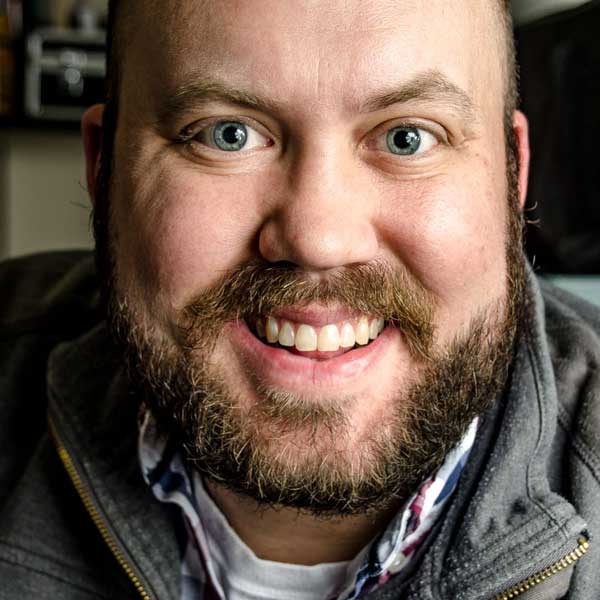 Dan Falkner is full-time high school English, photography, and journalism teacher and a part-time writer, renovator, and carpenter. He has made Portland his home for the last decade with his wife, Mollie, after earning an MFA from Bowling Green State University. His writing focuses on the Pacific Northwest.

What a beautiful and heartbreaking way to process that training. Thank you.

We had one of those too. It was shortly after Parkland and the whole time I was wondering if there was a correlation between school shootings and “Military Science/ROTC” classes in high schools. When I asked that question the room went still and the officers (local police and sheriff deputies) responded that ROTC students are all screened for mental health issues and are “the best and the brightest”. They acted as though I were an unpatriotic piece of trash and a fellow teacher confronted me later with basically the same accusation. No one remembered that the Parkland shooter was wearing his ROTC shirt on February 14, 2018.