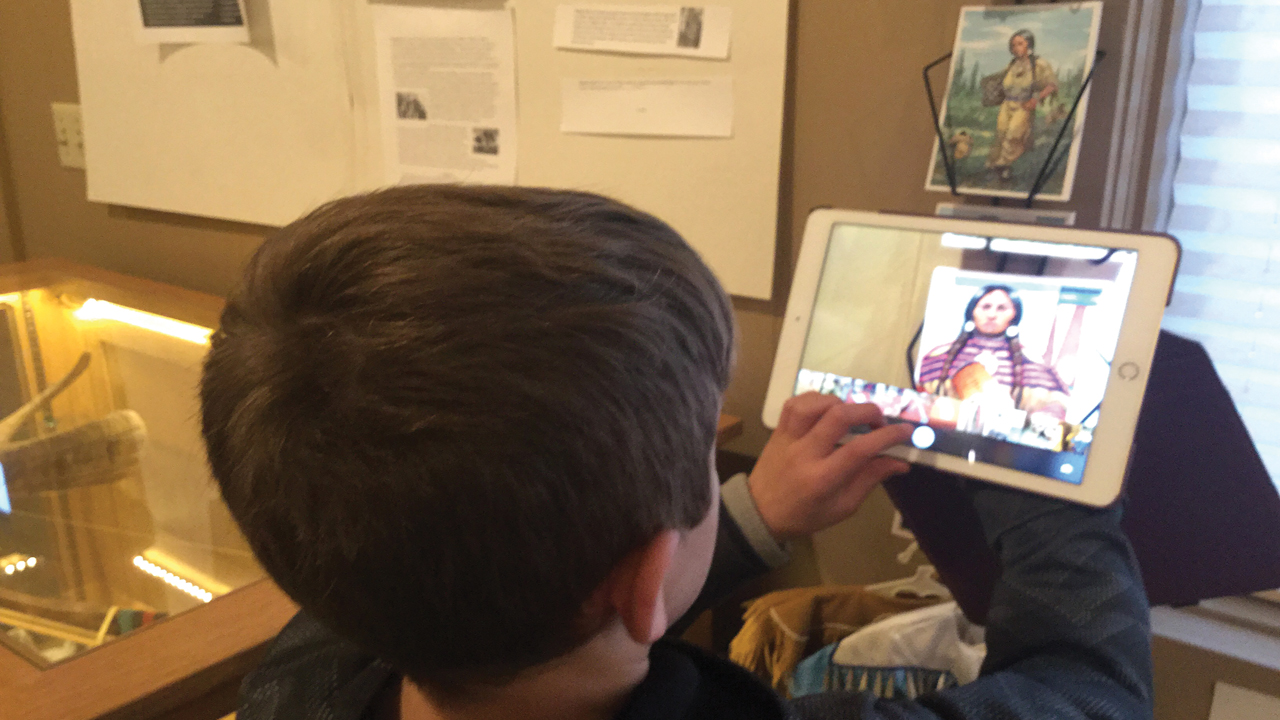 The Nez Perce teaching boxes, developed for fourth through eighth grade students, include books, maps, photos, and videos that can travel around to the various Wallowa County classrooms.

Scott said the historic novel opens up empathy toward the Nez Perce Wallowa Band’s plight as the US Army chased them out of the region.

“Jen and I asked the kids how they would feel if they were booted out of their home?” Scott said.

Gibbs said she wanted her class to get an idea of what life was like for the Wallowa Band, people who lived on the same land as she and her students.

“It’s important for kids to have that sense of pride and knowledge and feel connected to where they live,” Gibbs said. “It’s a really big deal what happened here and the injustice of it all.”

To make the story come to life, the students made a video incorporating history, quotations, art, artifacts, and images of the Wallowa Valley landscape, including the Nez Perce Wallowa Homeland’s Tamkaliks powwow grounds just a few blocks from the school.

Thinking “outside the box,” Rich Wandschneider, director of the Josephy Library, applied for a $1,000 Responsive Program Grant from Oregon Humanities to bring Veronica and Albert Redstar, descendants of Chief Joseph who live on the Colville Reservation, to be interviewed by the county’s middle school students.

These interviews will be taped and added to the teaching boxes. Wandschneider said his hope is to eventually share the curriculum with students around the Pacific Northwest.

“We would like to make it relevant enough to be used in Colville on the reservation and be available to teachers throughout Eastern Oregon, Washington and Idaho,” Wandschneider said.