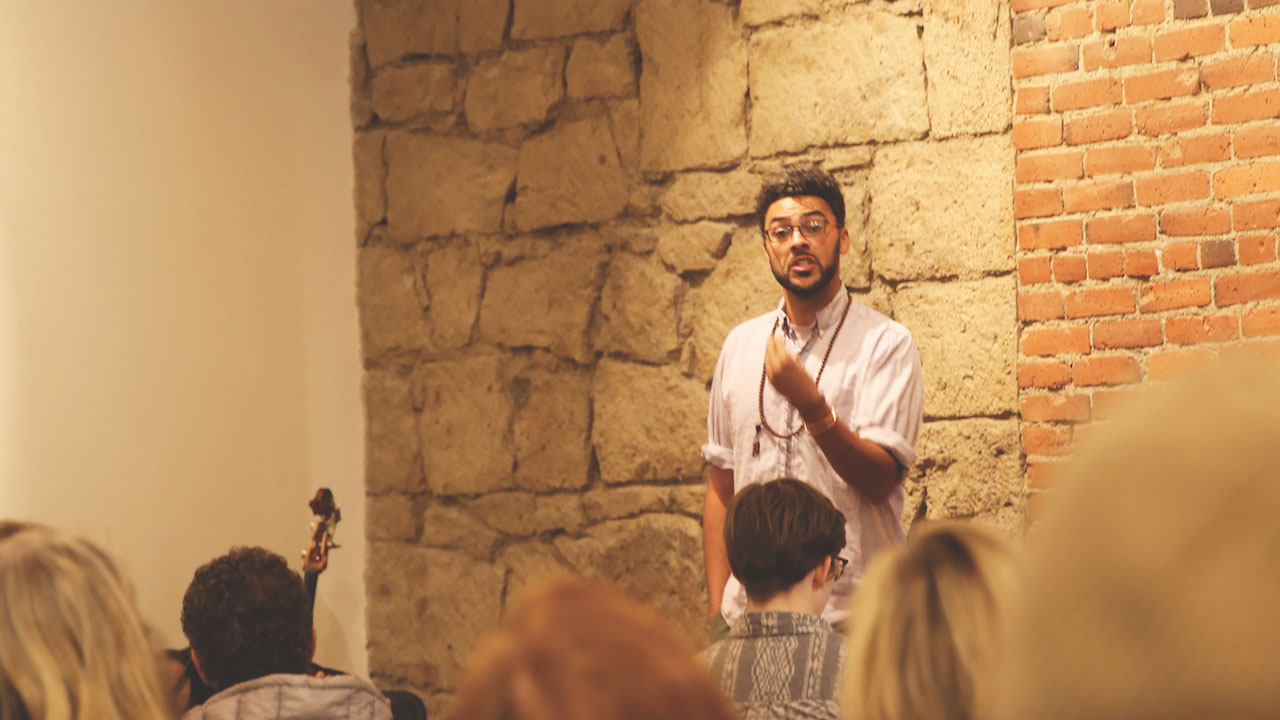 For the past three years, Oregon Humanities has supported a variety of programs across the state through Responsive Program Grants—small grants of $1,000 or less that fund programs that bring communities together to engage in meaningful dialogue around topics that are timely and culturally relevant.

Demand for these grants, which are awarded on a rolling basis, has grown tremendously. In the 2018 fiscal year, Oregon Humanities distributed the entire grant fund of $10,000 in less than three months.

Adam Davis, executive director of Oregon Humanities, says, “We’re very excited about this jump in applications, largely because it demonstrates a rising commitment throughout the state to get people together to listen to and learn from one another.”

In Bend, the Little Stone Project brought together neighbors and friends to learn about documentary storytelling through a film screening, discussion panel, and activism workshops. Program coordinator Cheryl Parton says receiving a Responsive Program Grant allowed participants “to respond to the overwhelming feeling that we couldn’t possibly effect change, particularly during the surge of #MeToo and in the area of violence against women.”

In Pendleton, Roberta Lavadour, executive director of Pendleton Center for the Arts, reports that participants at a recent First Draft Writers’ Series gathering shared deeply personal stories to explore how writing can be meaningful: “Our audience members shared their own experiences in navigating awkward and sensitive material, from family secrets to pain and loss. I went away feeling more moved and inspired than at any First Draft we’ve ever had.”

Eric Richardson, president of the NAACP Eugene/Springfield, shared that “people were thrilled to hear the firsthand experiences of local African American community members” at Love You Madly, a series of performances and thought-provoking conversations the organization hosted at the historic Mims House in Eugene.

In response to this year’s increased demand for Responsive Program Grants, Oregon Humanities has made an additional $10,000 in funding available. To support programming in communities that have lacked access to funding opportunities in the past, awards for the rest of the year will prioritize groups with budgets of less than $500,000 that are based in and led by communities of color, rural communities, and/or English language learners. You can learn more about Responsive Program Grants here.

This February, the Oregon Humanities Board of Directors awarded $59,980 in grants to thirteen nonprofit organizations from around the state.

Talking about race in Southern Oregon

Oregon Humanities offers grants of up to $1,000 on a rolling basis in support of programs responding to timely issues or events. We are committed to awarding grants within four weeks of receiving proposals.