Connecting to the places where we live 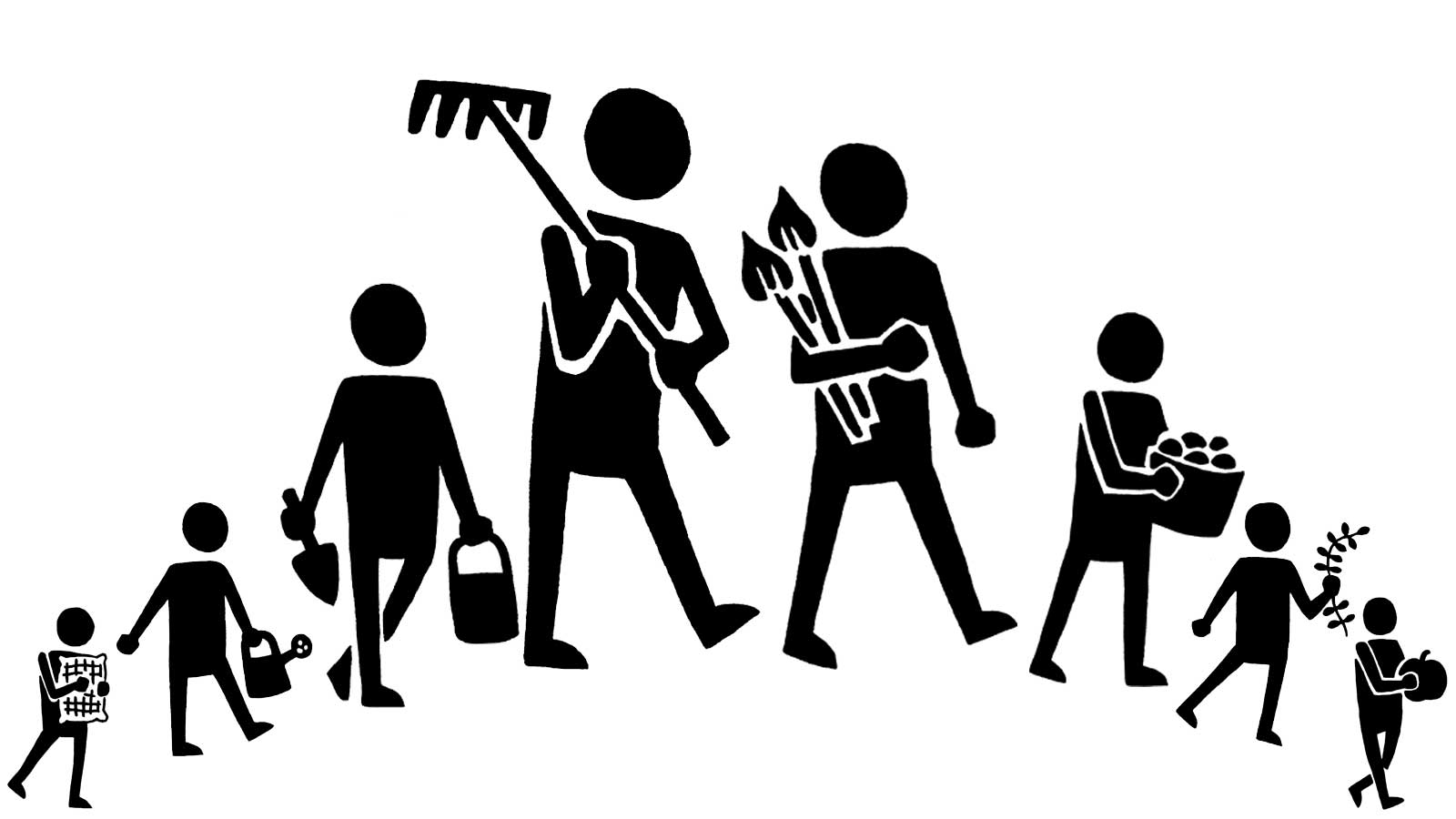 Recently, driving home from a soccer game in the pouring rain, I looked into the rearview mirror and asked my two young and very wet daughters, “If someone from another country asked you where you were from, what would you say?”

Without a heartbeat's hesitation, they responded in unison, “Portland, Oregon.” I drew a sharp breath. For them, it's not even a question to ponder. When I am asked, I always say, “I live in Portland, but I'm from Springfield, Oregon—from East Lane County.” When my husband is asked, he always answers, “Harris County, Texas,” though he was born in Tulsa, has lived in a dozen states, and has bounced around the same two zip codes in Southeast Portland for more than fifteen years.

“What about Springfield?” I asked.

My older daughter ended it: “That's where you're from. We're from here.”

For me, it is profoundly unsettling to have my daughters—who I am closer to than any other human beings—be from a place that I don't fully claim as my own. And yes, that 109-mile distance between unincorporated Lane County and inner Southeast Portland makes a difference—topographically, economically, culturally. So, they are from Portland, I am from East Lane County, and David is from Texas. But what does it mean when each member of a family living under one roof answers that question— “Where are you from?”—so differently?

This is the story of America, and, in particular, it is the story of the West. As I think about that story, I can't help but think about Thomas Jefferson and his projected version of the West. Jefferson, sitting on his porch in central Virginia, imagined Americans into the “fertill and handsome valley” that Lewis and Clark found at the end of their journey. Of course, that fertile valley was already well inhabited by the Kalapuya and the Clackamas, the Chinook and the Molalla. But Jefferson, with all his idealized musings and blind frailties, sent Americans to his “Garden of the West” to create the perfect agrarian Republic, one based on deep rootedness in place and local self-governance.

It is impossible not to wonder how the drafter of one of the world's great paeans to liberty and self-determination could be responsible for both perpetuating slavery and setting in motion the displacement of thousands of indigenous people. But, I also wonder how a man who had never been west of the Blue Ridge could have had such a deep imagination and voracious appetite for the lands on the other side.

But here we are—a mishmash of descendants of the first residents, and transplants pulled west by the first Homestead Act and the Dust Bowl; then another desperate Homestead Act; and, most recently, by New York Times restaurant raves and a stratospheric bike-friendly reputation. We keep coming, looking for something better, and here we are. Now what? On darker days, I wonder if the very basis of the Republic as Jefferson conceived it—his notion that self-governance depends on small communities intimately connected by place—has been worn out by contemporary life, by tremendous cultural forces spinning us away from, rather than toward, a mature and orienting sense of place.

Even I, whose grandparents met on Main Street in Springfield, and whose mother was born in Lane County, and whose children were born just a few miles from the house they live in now, question my bona fides. Am I really from here? I have ancestors from Virginia and North Carolina, Connecticut and Arkansas, England, Denmark, and Germany. They are displaced Cherokees and Bavarian Catholics and cranky, slave-holding colonialists. And those are only the ones I know about. Though I am almost always the old-timer in the room when the question of when did you get here—here, meaning Oregon—comes up, even I am a newcomer to this place, relatively speaking, and I am a first-generation resident in the ecosystem of my neighborhood. All that makes me question my own perceptions, my ability to really take in and intimately interpret the smell of the air just before dawn, the day the first leaf turns, the migration of songbirds and geese.

Like most Americans, I yo-yo back and forth between the restless desire for the imagined better place that must be somewhere other than here and the yearning for a burrowed-in sense of belonging. The very first poem I published as an adult was written soon after my second daughter was born, when I was struggling to orient my children in and to this place. It was called—tellingly—“Native Species” and drew on familiar—and maybe tired—images of this place: osprey and great blue heron, huckleberries and hazelnuts and salmon.

Looking back now, I see that poem as reflecting a persistent need to claim my children for this place; in fact, the setting of the poem was the McKenzie River in east Lane County, so even then I was trying to claim them for my place rather than the one they would ultimately call their own. But it is also part of a whole body of work that adopts a kind of surface iconography for a place: some of it beautiful and moving and authentic, and some of it—like mine, I fear— serving as a type of prepackaged shorthand for genuine place.

If I was living in the lands of my ancestors, would there be a cellular, or at least inherited, recognition of other markers of place, ones I cannot imagine past the flashy heron and overworked salmon? Although all of these images have their roots in this place, they also represent an anxious iconography, a way both to claim the children and reclaim the landscape in a predictable, inherited, and tactile way.

It has become part of cocktail-party wisdom to blame the spread of Bed Bath & Beyond (beyond what?), Borders (may it rest in peace), and Wal-Mart for the loss of local culture, community spaces, and even regional dialects. And Home Depot strip malls can't help. But is it possible that the opposite is also true? Could it be that we grasp for familiar cultural markers— received and corporatized as they are—that we warmly invite Bed Bath & Beyond into our communities as a kind of cultural hot water bottle because we no longer live among our ancestors' bones, because we do not know the high-water mark of the river, because we are not intimates with the creatures among us? Is it possible that in our wanderings and resulting isolation we actually need—or at least crave—recognizable and mass-produced images of home? Is it possible that we are like the ducklings that are imprinted to a backhoe because that's what was around when they learned to walk?

If it is possible that we are grasping for markers of home and place because we are maimed in our ability to live genuinely where we are, is the Jeffersonian dream of shared governance based in place dead beyond revival? Do we need to just concede to the Federalists, surrender to the competing forces of the market, and continue nattering on about local salmon and huckleberry jam?

I hope not. But I think it will take both as-yet-unpracticed alertness and tremendous humility to try to re-create a relationship to place, to wherever we find ourselves now. We will have to swim upstream. We have invited Bed Bath & Beyond and the others to create a sense of place, and they—whoever they are—are more than willing to oblige; in fact they have created a compelling image of home that they count on us to identify with and purchase whole.

So we'll have to think twice. We will have to admit that we don't know exactly what our place is, that it doesn't belong to us, and that it will require our finely tuned attention to keep us from falling victim to surface icons. And we may have to use tremendous creativity to notice or make our own, more genuine sense of home.

What I am grappling with here is the distinction between the idea of living in place and the fact of living in it. The question I am asking is not how to conceptualize living here—in my little square of 97214—but how to actually live here. That's the question my daughters were answering, and that's the one I often overlook. I like the idea of place, so I am vulnerable to whatever images are romantic or widely reproduced or cheap. I understand what it is to want to feel at home in place and to resort to buying proxies for place, substitutions for genuine close observation and stewardship of home.

I know there is humility and unsettledness inherent in the admission that this place does not belong to me. It did not belong to my ancestors in the past, it likely will not belong to my descendants in the future, but I belong to it now, and I have the chance to pay attention, to be present here, now. That admission of transitoriness, of mortality and ephemerality, is humbling and frightening, but it also connects me in a new way both to this place and to unexpected ancestors and descendants. It connects me to the Chinook ancestors that most certainly walked and knew the ground that I fuss over from March through October. It connects me not just to my own imagined grandchildren but to the imagined grandchildren of the woman who lives in St. Louis and the one who lives in Mexico City who will occupy this place next. And it connects me to the grandmothers of Tulsa and Reykjavik who are tending the plot of land that my granddaughters will live on someday.

It nudges me to ask—what gratitude do I owe the generations that preceded me even though they are not my biological ancestors, and what stewardship do I owe those who follow, unrelated though they may be in the traditional use of the word?

So in that sense, Jefferson was right—not in the way he envisioned virtuous farmers anchoring a place-based Republic, but maybe in an even deeper way. If we can bring ourselves to attend to the place we inhabit now—even if we cannot say “I am from here”—we can at least say “I am here,” and treat that hereness with particular humility and alertness to cues we might not otherwise recognize. We can embed ourselves in an intergenerational web of care for place and for those who pass through it. We can be part of a community that both precedes and follows us, creating an intimacy with past and future that grounds us here, now, making mortality a little less lonely and bringing our children a little closer, even if they are from a town 109 miles away. 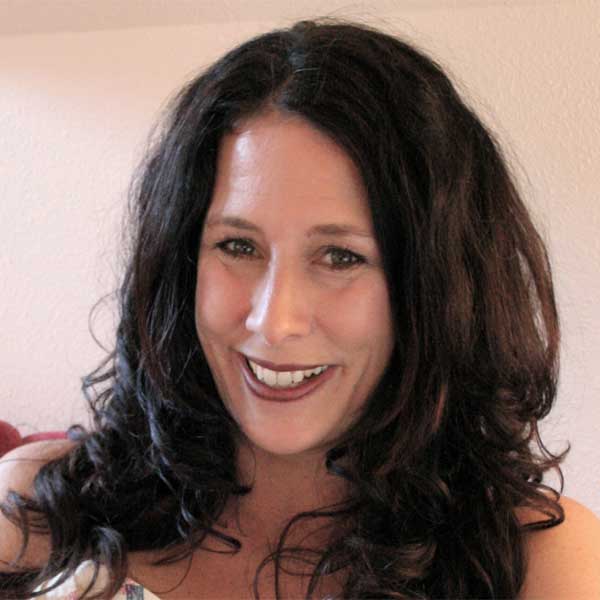 Wendy Willis is a poet, essayist, and national leader in civic engagement and collaborative governance. She serves as executive director of Kitchen Table Democracy, a national nonprofit organization housed at Portland State University and devoted to improving democratic governance. Her first book of poems, Blood Sisters of the Republic, was published in 2012.