The boundaries between "what was" and "what is" 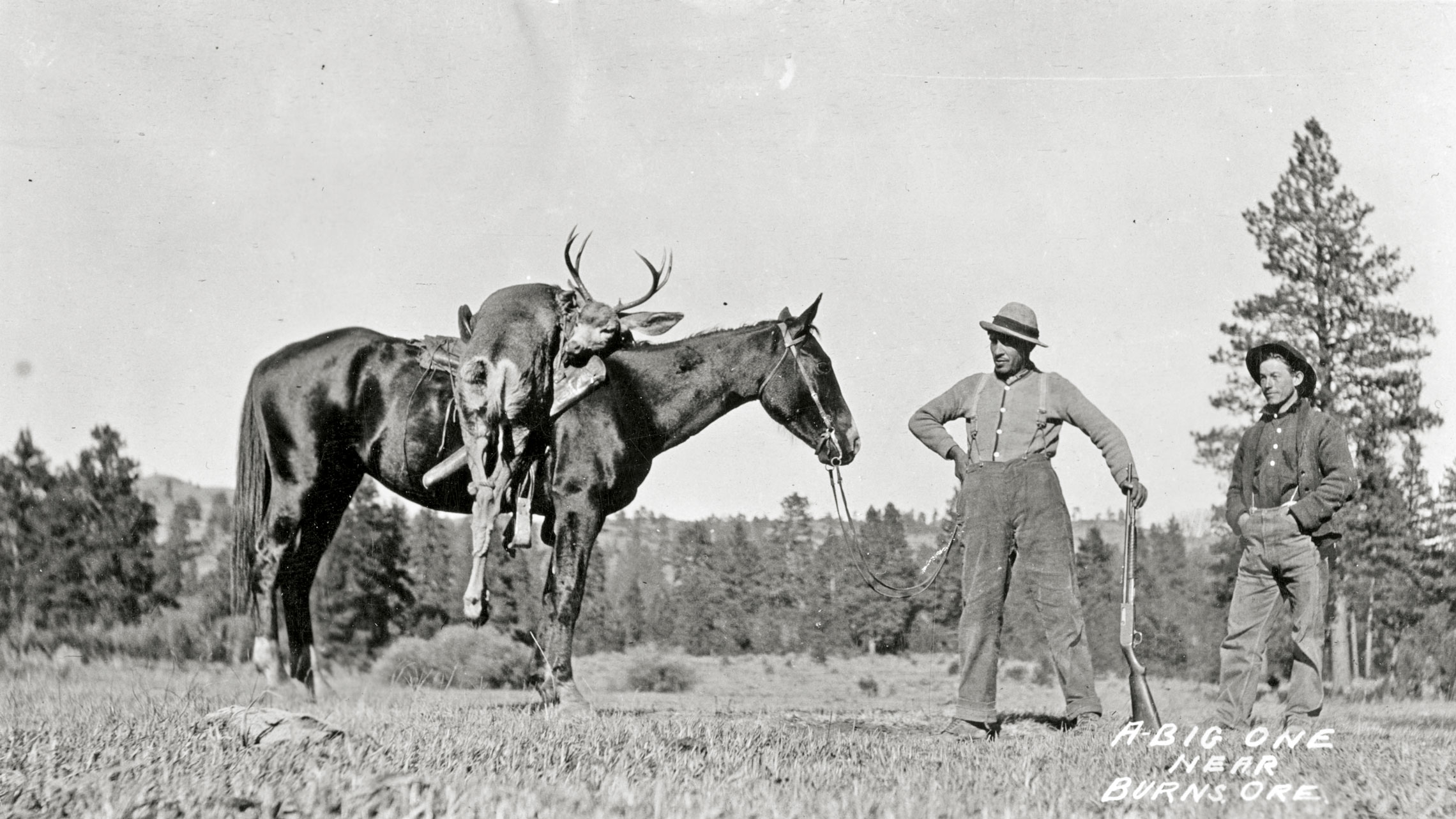 I set out for Oregon like many of the first immigrants, lured by the prospect of a new beginning. Until that point, I had lived only in cities in the eastern United States and had no reason to believe that the geography of my life would be defined by anything other than high-rise buildings and the anonymous press of crowds. But a month-long wilderness experience in the Colorado Rockies when I was twenty-eight presented a new landscape of possibilities. I arrived in stiff leather boots, a conspicuous novice on the trip, and the thirty days were a taxing blur of hauling, fording, glissading, and orienteering. But each evening, stomping my feet against the cold, I stopped to witness the urgent illumination of alpenglow that stretched the last of the day's light in saturated pinks and yellows across the snowcapped peaks. I didn't know it then, but in those moments my internal compass started to drift west.

A year later, I took a job three thousand miles from home, working for the Oregon Department of Education. One day, my boss, Bill, overheard me say that I had never hunted. An Oregon-born hunter, Bill often said that people like me—softhearted East Coast émigrés—were invading the rugged spaces of the West and diluting its ways. That day, he began a speech about the union of land, life, and sacrifice in the “you have a lot to learn city girl” tone he often used with me.

He told me he had hunted since boyhood, scrambling in the backcountry after whitetail deer. Raised in the Crooked River basin of Central Oregon, Bill's earliest memories were the taste of high desert grit and the sweet scent of sage. I never saw him in a cowboy hat, but I didn't doubt he owned a few, well worn against the swelter of his youth. I pictured him peeking out from beneath a wide brim, his eyes drawn up for a sun-spotted view of the Cascade Mountains. I doubt his gaze ever stayed long above tree line, focusing instead on the forested foothills of pine and spruce, where the big game forages, ruts, and rears.

But by then, I knew that rugged country as well as a newcomer could. When I'd first arrived in Oregon I'd taken up rock climbing, eager to find community in the outdoors. Bill dismissed the artifice of the sport, saying that nothing about basic survival ever required clinging to a rock. It seemed like a fad to him, just another passing trend, something he could wait out. But I told him that a new generation of climbers had put Oregon on the map as a preeminent sport-climbing destination. People came from all over the world to scale the state's volcanic tuff and basalt walls, and many never left, making a home in the shadows of the desert canyons. They were people like me, whose unconventional preferences were shaping a new sense of place.

As if wanting to stem that tide, even in some small way, Bill devoted a lunch hour to teaching me about hunting. I was worried at first. I anticipated vivid descriptions of the kick of the rifle butt, the rip of the bullet through flesh, the pungent mix of gun smoke, blood, and evergreen. But he surprised me, mostly talking about the art of stepping silently through favorite hunting haunts. I learned that in Oregon it is unlawful to waste meat in the field by butchering only the choice cuts. So with an animal caught in the crosshairs, a hunter has to make a split-second computation, calculating the likelihood of hauling a prize through the bush and back to the car. The message transmits from the brain to the trigger finger and requires a binary conclusion—fire or hold.

I saw a faint shadow of common ground in Bill's description and told him how, in a similar way, climbers take aim on a route, narrowing their focus on the features immediately within reach and composing a sequence of moves that match terrain to stamina. Hesitation or miscalculation can end in falls. Most drops come to a safe halt when the slack in the rope pulls tight against the climber's harness, but others have tragic outcomes, leaving climbers' bodies shattered, split, and hemorrhaging. He agreed when I said that as different as our pastimes were, we were both drawn to the edgy urgency of nature—for him it was carried as the last heat of life rising as steam from a kill and for me it resonated through taut suspension in the crisp, high desert air.

Not long ago, I heard reported on the radio that hunting remains a strong tradition in rural western states. I don't doubt that Bill and I would have used that fact as material for one of our tongue-in-cheek disputes about the merits and liabilities of change. Thinking about that report now, I suspect that newcomers like me— leaving lives in big cities for adventures in open spaces—won't be the ones to perpetuate hunting as a tradition. Because I do not hunt, it is less likely that my children will hunt; and because I had my children in climbing harnesses by the age of five, it is more likely they will be scaling Oregon rock long after I am gone. It is evidence that changes—significant or small—can come in waves that saturate generations.

In this sense, Bill was right to think that people like me are diluting the “old ways.” But indignation about an evolving present should not overshadow patterns of the past. Oregon has long been a land of newcomers, beginning with the first wagons that traversed the Cascade Mountains and descended into the Willamette Valley, loaded with supplies and the principle of Manifest Destiny. When the federal government relocated Native Americans to make room for settlers, they apportioned the tracts of land that would eventually become the sage-strewn subdivision where Bill grew up. When I remember my conversations with him, I think that a sense of place can become so ingrained in us that we forget that things weren't always how they now appear. It is convenient to ignore that we were all newcomers at some point, that we share the responsibility for pressing the boundaries between “what was” and “what is.”

I met Bill during my first sojourn to Oregon, a stay that lasted four years. My husband and I left the state to be closer to family and had our kids on the East Coast. But we quickly grew restless and, with the children still in diapers, we returned to the West to sink roots. A few weeks after we resumed our life in the Willamette Valley, Bill stopped by our house. While we sat and talked, we watched my two toddlers construct elaborate settlements out of cardboard moving boxes, tape, and pillows. Like me, they were born three thousand miles away, but their lasting memories would always be of Oregon's verdant valleys and high desert plateaus. This would be the place they would always call home, the place to navigate back to if they ever wandered and lost their bearings.

I still go out on weekends to climb the stone towers of Central Oregon. Suspended by rope and harness above the red smudge of the high desert floor, I can lean back to admire the chain of volcanic rock. The yellow, orange, and brown mottle has the look of baked clay and appears smooth from a distance. But up close, with hands on holds, it bites with sharp edges through skin and callus. Gazing out across the plateau, I often wonder how these rock outcrops must have appeared to the pioneers from their wagons. Looking up at the terracotta walls while they grazed their animals on bunchgrass, more than one must have asked, What strange, new place is this? 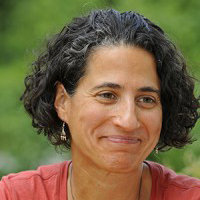 Dionisia Morales grew up in New York City and now lives in Oregon. She is an avid rock climber, snowboarder, hiker, and mountain biker. Her writing has appeared in literary journals such as Crab Orchard Review, Hunger Mountain, Colorado Review, Calyx, and Brevity.