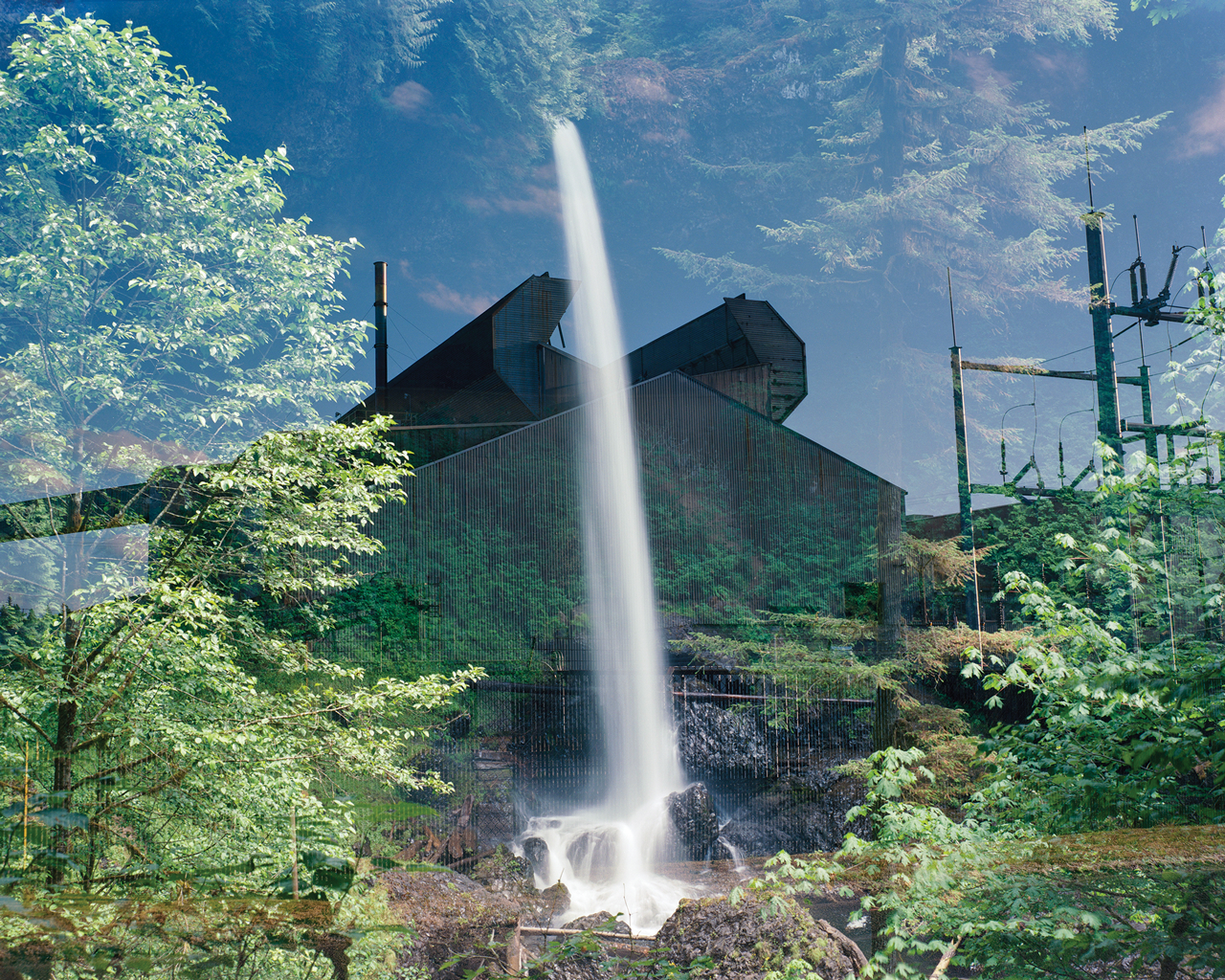 This is a glimpse beyond our world into an alternate timeline, where nature reclaims the industrial landscape.

There is a corridor between two realities at odds with each other; yet, from a different perspective, their layers are pressed so close together that the seams no longer show.

It is a place where organic forms overtake the inorganic, where we stand inside one narrative and peer through a thin wall of vellum into another.

This is an allegory of recovery and redemption in lieu of human intervention in the natural flow of the world. All the anger, guilt, frustration, and despair of living on a dying planet is washed away by the understanding that wildlife can return so long as we allow it.

Mike Vos is a photographer and artist based in Portland. His work has been exhibited at several Portland galleries, including Blue Sky Gallery, Pushdot Studio, and Land Gallery, and two of his photographic prints are in the city’s permanent public collection. You can see more of his work at deadcitiesphoto.com.
This image was made with a 4x5 film camera using traditional photographic techniques. All exposures were made in-camera; no blending was done digitally.

Tabitha Espina remixes the Oregon Department of Energy’s 2020 statement on climate change and energy in Oregon.

A photo of the Wood River by Paul Robert Wolf Wilson

From the Director: West on Division

Not a Circle, Not a Line

How to Build a Kite