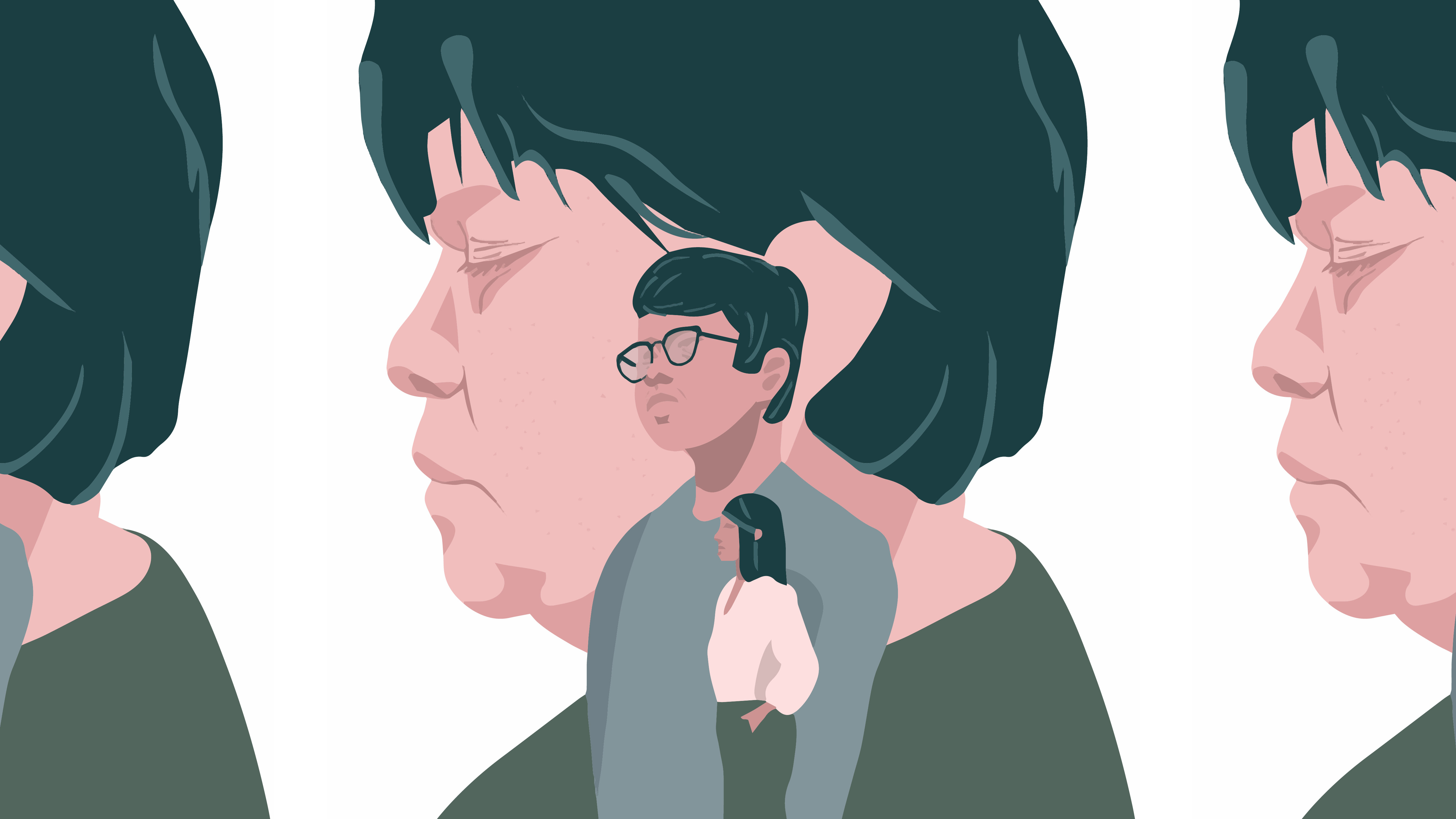 Daniel Gu had always seen his dad as a light-hearted and open man. “He's also a very strong person,” says Gu, “and he's taught me how to be strong.” However, in 2019, Gu’s dad was driving through an intersection near their home in Portland when he was struck by a car running a red light. The down-to-earth guy Gu knew was no longer there. “I remember my dad coming to my room and crying, talking about his feelings. That had never happened before.”

The experience was just one of many for Gu, now a senior at Westview High School. Over and over, he saw a theme of mental health concerns in family and friends within the Asian American community. However, these problems were always dismissed. He would hear a string of responses, amounting to, “It’s no biggie” and “We’ll just put it away for now.”

Around the time of his dad’s accident, Gu decided it was time to change how mental health was talked about—and not talked about—in Asian American and Pacific Islander (AAPI) communities. Alongside friends and classmates Aaron Li, Helen Chen, and Joyce Chen, he created Project Lotus, a nonprofit dedicated to de-stigmatizing mental health in Asian American families and communities.

There are many cultural and systemic reasons for this intergenerational gap. Crossing miles of land and ocean, immigrants are faced with the task of leaving one set of cultural values for another. Many AAPIs come from societies emphasizing collectivism, where the well-being of the group is prioritized over the individual. People may avoid conflict or special attention in order to harmonize with others. A collectivist community, valuing interpersonal relationships, can be a strong source of support. There are “strengths of collectivism that should not be overlooked,” says Goldowitz.

However, these values are at odds in an American culture where the focus is on the individual to speak up and take up space with their needs. Between these two cultures is where AAPIs can struggle with voicing their emotional and psychological needs. “There is a sense of ‘I want to belong first, and then figure out my needs,’” says Goldowitz, “This causes a disconnect from one's own feelings and thoughts. If you're not connected with what's going on for you, that's a big barrier to even knowing you need mental health support.”

Systemically, even for AAPIs who are able to understand their emotional needs and overcome mental health stigma, there is the challenge of finding culturally-sensitive service providers. Helen Chen, the finance director for Project Lotus, shares that many of their friends who have sought therapy have found it helpful. Therapists, they say, aren’t “culturally-catered enough to really help them tackle the root of the problem, rather than just removing surface-level stressors.” Therapists may not have the training to know how to uncover these underlying reasons. “One of the things that a non-culturally-sensitive therapist does is try to go directly to the emotions,” Goldowitz explains, which only causes some patients to withdraw.

AAPIs can also struggle to seek help because of the model minority myth, the harmful belief that all AAPIs experience educational and economic success with little to no hardships. The myth erases the possibility that AAPIs can experience a full range of human circumstances, from suffering with financial trouble, experiencing depression, or even pursuing a career outside of the STEM fields. As a former high school teacher, Goldowitz noticed how these pressures pushed some students too far, and the experiences motivated her to enter the mental health field: “[Students] weren't able to spread their wings, and it was manifesting as depression, anxiety, suicidality, cutting behavior.”

Project Lotus brings these conversations to the forefront. Through their community blog, they highlight a diversity of voices and open up the “pressure cooker” that AAPI youth may feel trapped in. Stories uplift queer self-love, unpack beauty standards and colorism, and make space for grief over anti-Asian racism. For Gu, executive director of the organization, dismantling the model minority myth can mean directly educating the community about it and that “just raising awareness about mental health is taking one step towards challenging the notion that Asian Americans are a monolith and that we can't have problems." By sharing stories, Project Lotus is able to “show people who don't have a voice that they're not alone.”

While the blog has been successful at connecting with younger AAPIs, it took trial and error for the group’s messages and resources to reach the immigrant parents they most wanted to connect with. The group regularly hosts webinars for families on topics such as communicating with kids during the pandemic and managing academic burnout, but attendance was low in the beginning.

Aaron Li, the organization's marketing director, explains they initially promoted webinars through apps like Instagram but quickly realized the parents they were trying to reach “just weren't on those platforms.” They turned to messaging apps popular among AAPIs like WeChat, KaKaoTalk, and WhatsApp. The change in strategy significantly grew their reach. "The experience really helped to show the importance of cultural sensitivity,” says Gu.

Project Lotus is succeeding where others have not. By meeting their community where they are and centering Asian representation, Project Lotus is building trust with their audience. Individuals have shared how much they identified with the messages and how some wish they had these resources available when they were younger.

In three short years, Project Lotus has been able to validate and normalize the AAPI experiences that have always occurred but were rarely talked about. Gu knows that there may still be some ideas his family does not understand, but “the fact that we can talk about it and we can discuss is a big step.” Reflecting on his dad’s accident, Gu says, “We can talk about it more freely. We've talked about therapy before; that's something that would have never really happened in the past. I just hope that other families can have similar changes.”

Judy Jiang is a freelance writer. She has worked as an environmental engineer, a global development practitioner, and a mediator/facilitator. She grew up in Keizer, Oregon, where the kitchen was loud and the neighborhood was quiet.

Helpful. I'm so glad that Project Lotus is addressing this issue.

For real that mental health in Asian American households is a tough topic to breech. I hadn't even thought about that deep cultural connection that makes it difficult for the regular therapist to uncover!

Thank you. I learned something.