Studying social movements at a distance, together 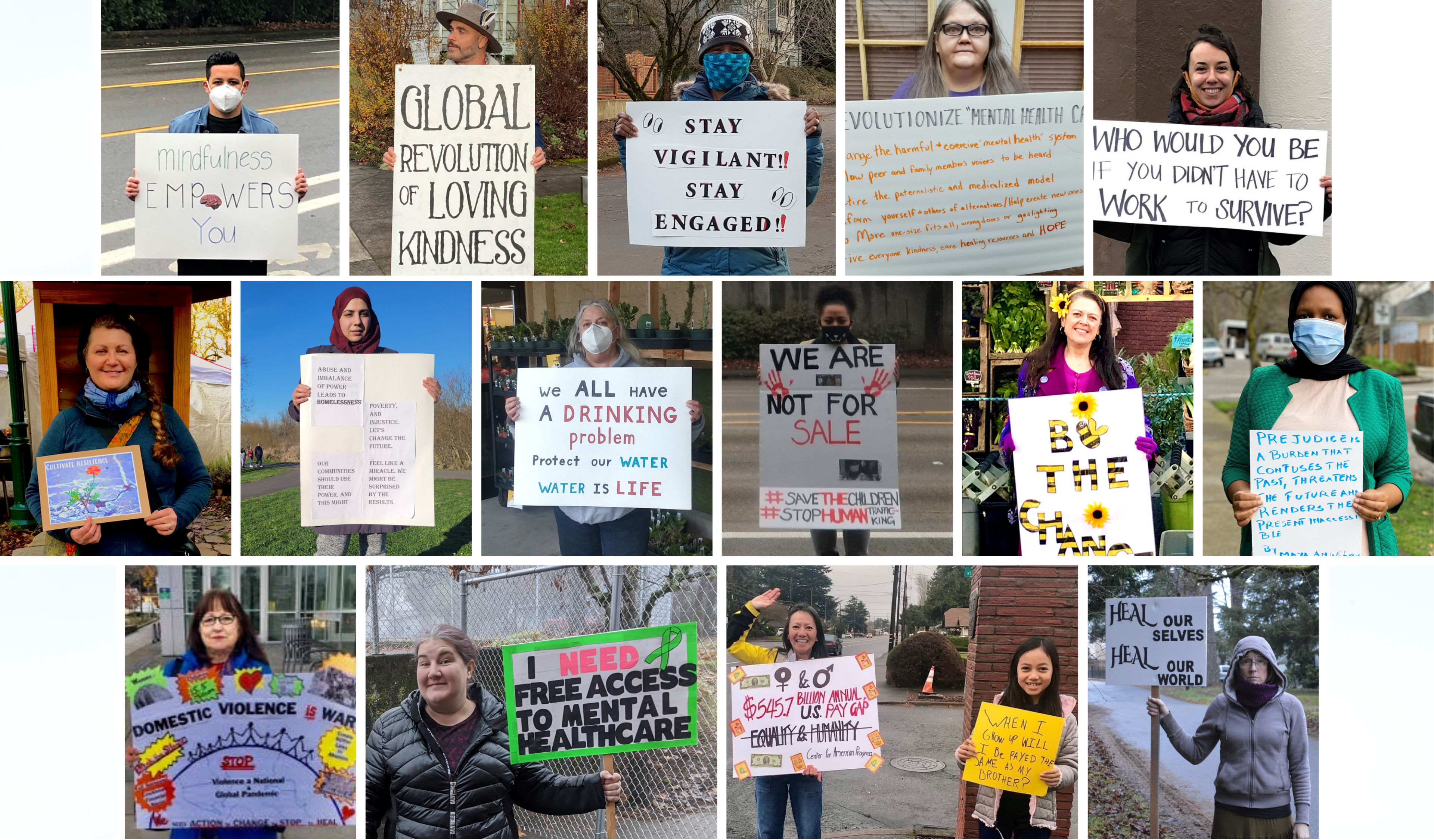 In the fall of 2020, while Oregon was still in the midst of historic wildfires, a global pandemic, and massive ongoing protests for racial justice, twenty-five students convened online for the fall Humanity in Perspective (HIP) course.

Our class focused on social movements. For ten weeks, HIP learning community studied economic, racial, environmental, and disability justice. We read from An Indigenous Peoples’ History of the United States by Roxanne Dunbar-Ortiz and Black against Empire by Joshua Bloom and Waldo E. Martin Jr., as well as essays by John Trudell, Mia Mingus, and others. We watched films like Crip Camp, Mossville: When Great Trees Fall, and Agnès Varda’s excellent slice-of-life documentary Black Panthers.

Studying social movements is often bittersweet. Learning about the creative, spirited, and strategic ways that people have struggled for change requires investigating the reasons for their struggle. It’s impossible to look at collaborative movements for survival, progress, rights, dignity, and liberation without also seeing the oppression that necessitates these movements in the first place.

We wanted to wrap up our in-class explorations with a sense of lived experience and empowerment, while also honoring the need for boundaries that some of us still felt around other people in public. And so, for our final project, everyone in the class was invited to participate in a One-Person Protest.

The parameters were fairly simple: make a protest sign featuring an original message, stand somewhere public with your sign, and ask someone to take a picture of you. Elements like what constituted an original message or a public place were left for each of us to define on our own.

For one week in December, the HIP learning community took to parks, street corners, porch steps, and parking lots to demonstrate our care and concern for a variety of issues that felt urgent to us. Our causes included water protection, healing ourselves and the Earth, mental health care, the gender wage gap, and others. We also wrote and printed pamphlets explaining why we were protesting, to distribute during any future actions.

Our experiences varied. One student got her daughter involved, transforming theirs into a two-person protest against the gender wage gap. Another, advocating for pollinator awareness and protection, dressed up to match her sign, a strategy that opened the door for plenty of conversations on her way to and from the farmers’ market, where she protested. One student stood bravely by the entrance to her local grocery store with a sign that read, “We all have a drinking problem. Protect our water. WATER IS LIFE,” hoping to make concrete the connection between the sacredness of water and our daily choices.

Afterward, several students reflected on the feelings of nervousness, excitement, and inspiration they experienced, sometimes all at once. As Luis Medina, a student who brilliantly framed mindfulness as a social movement, put it: “This experience made me realize that I need to do more things that make me uncomfortable. Why should spreading a good message and doing the right thing make me feel that way initially? I think I’m just beginning to break out of my shell.” 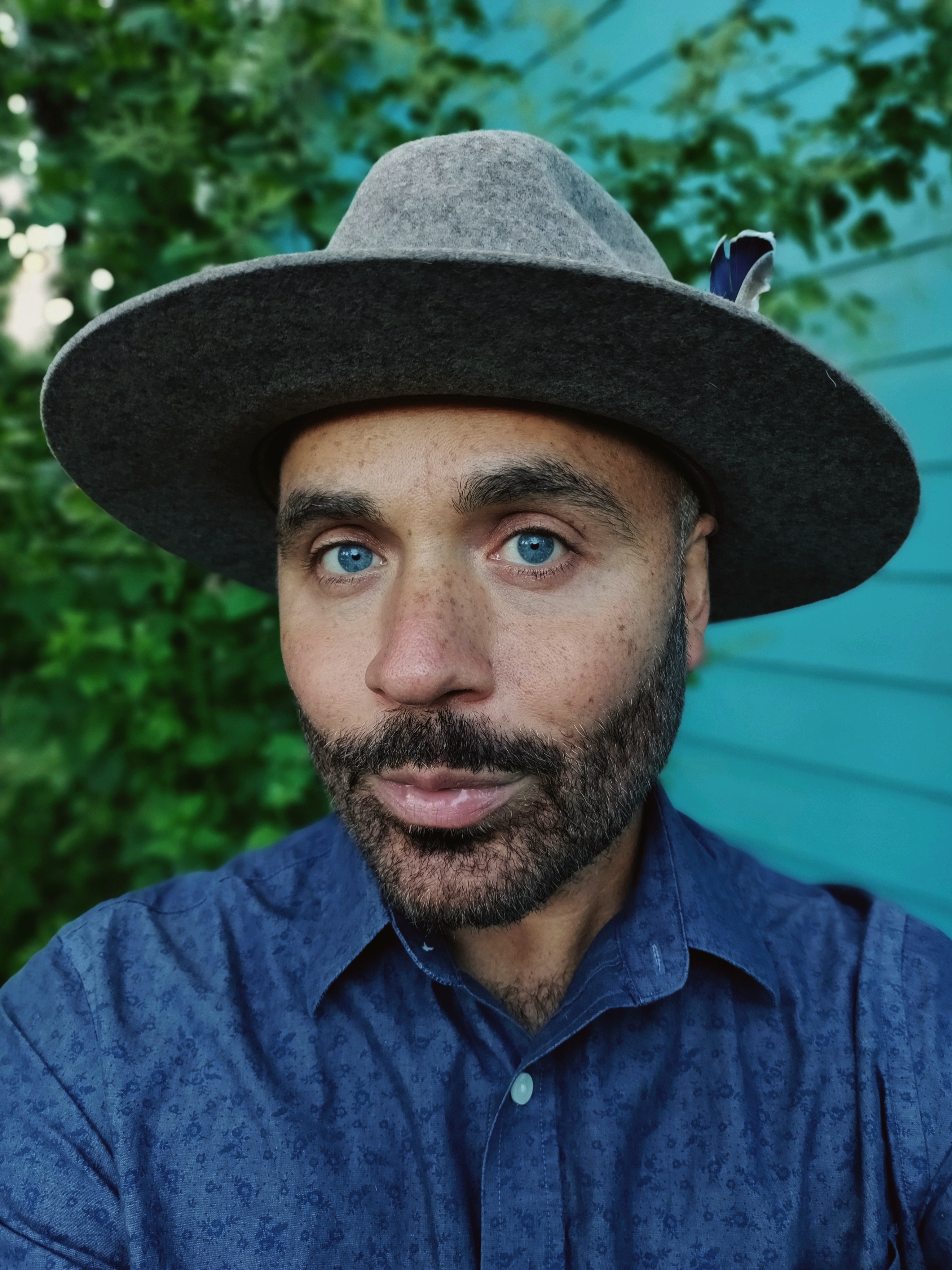 Rozzell joined Oregon Humanities in 2019 and coordinates Humanity in Perspective. He is a multidisciplinary artist with a socially engaged practice that focuses on bringing people together to learn and collaborate in liberatory spaces. Rozzell has called Portland home for almost 20 years, also traveling extensively to explore his ancestral homelands in Mexico. He grew up in and around Choctaw, Oklahoma, San Antonio, Texas, and San Francisco, California. He earned a Master’s degree in Educational Leadership and Policy with an emphasis on regenerative ecological and cultural learning from Portland State University, where he also instructed several courses on intersections of art and sociology and coordinated the Chiron Studies program.

During the pandemic, Oregonians have been urged to “stay home, save lives.” But for many, staying home is not an option.

Melissa Hart writes about her mother, her daughter, and finding meaning in protest across generations.