Finding my way back to the dance floor later in life 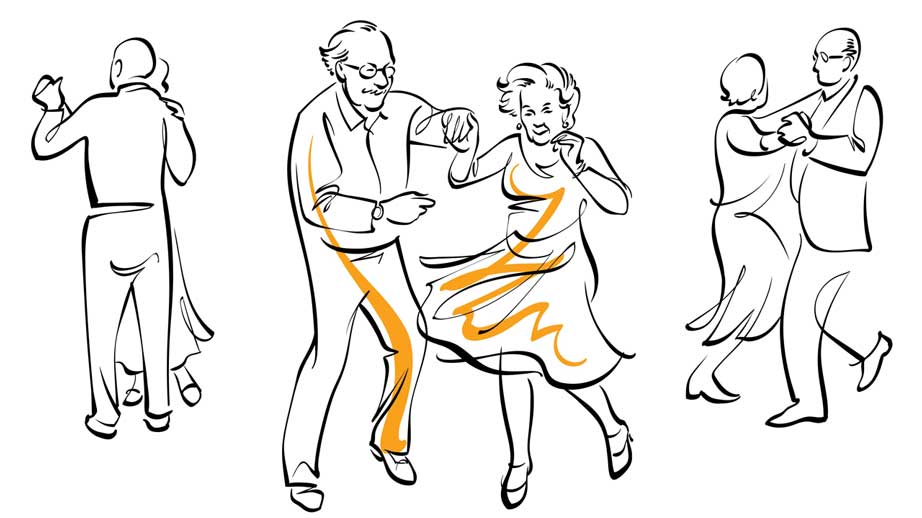 People talk about aging gracefully, which suggests that you adapt easily to many peculiar and annoying bodily changes. For me, aging is like being a teenager in reverse. My body feels unfamiliar and awkward, however this time I do not suffer from an abundance of hormones—I suffer instead from the lack of them. I especially miss the wealth of human growth hormone I once had, which provided the renewal and resilience I took for granted in being a very physical person. Things I once enjoyed slowly dropped out of my life because they become more difficult, more awkward, or felt suddenly unfamiliar, like my aging body.

Dancing was like that for me. I let it slip away. It wasn’t just the physical challenges; there was also the social awkwardness. The clientele at the clubs became too young. The start time for the music seemed too late. I felt too conspicuously old where the young people went to dance, and too conspicuously single at venues with older couples.

I hadn’t gone dancing in at least fifteen years when my neighbor Becky asked if I would like to join her. She is also in her seventies and single like me, and had been going to dances at the halls owned by various fraternal orders—the Elks, Eagles, Odd Fellows. She said the bands were good and she found plenty of opportunity to dance with men who were regulars, or just to do what she calls “girl dancing” with the other women. I explained that I had three total joint replacement surgeries in the past year—right and left hip and right knee—and that I wasn’t sure of my dancing ability anymore. She encouraged me, saying there were people of varying abilities, telling me about one woman who was waiting for knee replacement surgery and danced in place, using mostly her arms and hands for expression. She was sure I would do fine.

As we drove there, I reasoned that it was good to do something unfamiliar and a bit scary because at least I felt alive. Having anxiety about the unfamiliar reminded me of when I was younger. Maybe I was experiencing that positive state of being that my mother once described as “anticipatory glee.” Becky and I walked into the hall and paid the five-dollar entry fee, walked past the stack of 2019 Reagan Ranch calendars, past the board listing the bands for the next month, and stopped at the counter that listed the three options for our evening meal. We both chose the T-bone steak, baked potato, and salad, and ordered a small glass of rosé from the bar. At a table next to the dance floor, Becky introduced me to the couple seated across from us, a petite woman who looked like she was wearing the same size that she did in high school and a man with a cane who sipped meditatively on a tall glass of soda and lime. He explained to me that he’d quit drinking after the birth of his first child. He had an interesting twinkle in his eye. I later learned that he amuses himself by making up stories for newcomers and reading their reactions. It was tax season, and another man shared memories of his last tax season as a partner in a CPA firm, when he suddenly went blind but continued to sign off on tax forms, trusting the work of his associates.

The average age at the tables around the dance floor was probably seventy-five, but there were several gentlemen hovering firmly at ninety. Our skin looked like the used tissue paper at Christmastime that my mom smoothed out with her hands so it could be used again. It had fine creases all over its thin, translucent surface, but still conveyed some celebratory beauty when a bow was added. Becky and I had each packaged ourselves for the evening, spending time with mirror, makeup, and trimmers for renegade facial hairs, followed by a clothing crisis of varying proportions. I used the sparkle eyeshadow my twenty-three-year-old granddaughter gave me for Christmas. I was admiring it at the MAC counter where she works and asked, “But older women like me shouldn’t wear anything quite this sparkly, right?” Her quick reply was, “Of course you can. Old people take themselves way too seriously.” What if she was right?

When it came to looks, there were several things working in our favor at the dance hall. The lighting was dim and flattering—not fluorescent. Our aging eyes no longer have the acuity of youth. And we have recalibrated our perception of beauty to include the signs of aging. Men whose hips were narrow now have wide, flat hips. They are loose in the joints from lost cartilage and spreading bones, which to me means they contain hard work and history. This is a man who stuck with it—who was a stand-up guy. I recall the cosmetic surgery ad that asked, “Are you tired of looking angry, mad, or sad to other people?” The solution was, of course, a facelift. To me, the unaltered aging face reveals an admirable history of perseverance, sacrifice, and responsibility.

I have often wondered why suffering exists. That night, I decided it was because nature likes the portraits she claims in our faces as we age. She likes the way our lines of joy and ecstasy blend with the extremes of sorrow and disappointment. I looked around the room at the faces and saw a new beauty depicted there—the pain of loss blending with an appreciation of the transient joy in what is left of our time on earth.

The band started at 7:00 p.m. The hardwood dance floor had a mirrored ball hanging above it to catch the light, with small LED twinkle lights across the ceiling. Becky noticed me watching a couple who circled the dance floor, a gray-haired man in a blue cotton shirt crisscrossed in the back by wide suspenders that held up his polyester slacks, and his partner, a woman in a black, full-skirted georgette gown with a bodice covered in small embroidered rosebuds. She twirled constantly, and her long black hair sailed out behind her, matching the flow of her skirt. Becky explained that everyone called them “the twirlers.” The woman seemed ageless. He was balding and seemed to adore her. Technically, he led the dance, but he was sensitive to her love of twirling. They seemed to be in their own world, yet they carefully respected the space of the other dancers, as if they were spinning subatomic particles, each with their own purpose, both working together to produce joy. Many of these couples looked like they had been together forever; although, in my world of failed marriages, even ten years is forever. They were attentive to one another, devotion etched in their faces as they danced to an Anne Murray song, swaying to the lyrics:

Could I have this dance for the rest of my life?
Would you be my partner every night?
When we’re together it feels so right.

“YMCA” came on soon after, and we danced freely in a circle, forming the letters with our arms and bodies. There was so much joy on our faces as we laughed at ourselves for laughing at our memories associated with the song. I laughed at how easy it was to be dancing again, artificial joints and all. Our enthusiasm inspired many couples and single men to come out of hiding to join us on the dance floor. The band played a mix of rock and country favorites. Some people who knew the fancy footwork got up and did some amazingly agile line dancing to the “Boot Scootin’ Boogie.” Danny, dressed in Western wear and one of the youngest in the crowd at sixty-five, led the dance with great confidence, beaming with joy. He was clearly in his element. When Garth Brooks’s “Much Too Young (To Feel This Damned Old)” came on, it was met with enthusiasm—even though it seemed that much of the dancers’ oldness had been left at the door. I got a chance to experience Danny’s dance skills firsthand when he asked me to dance. He was a tremendous lead. 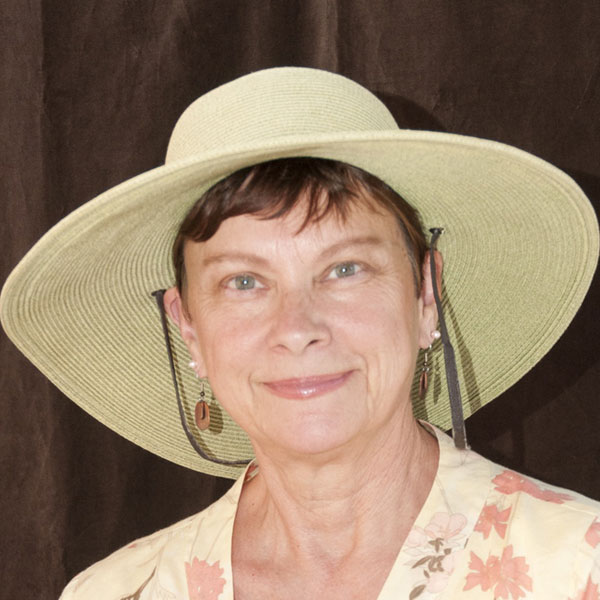 Josephine Cooper lives in Portland. She is semi-retired and is focused on continuing to grow and evolve as a human being and finding her own voice in the writing world. She hopes to mine her broad life experience to frame aspects of American culture that deserve closer examination.

I love to watch people dance and your descriptions of this were such a nice journey ....that I would love to read more of. This story ended way too soon for me!