"At the center of the Venn diagram where psychedelics, meditation, and psychosis overlap, there is something true." 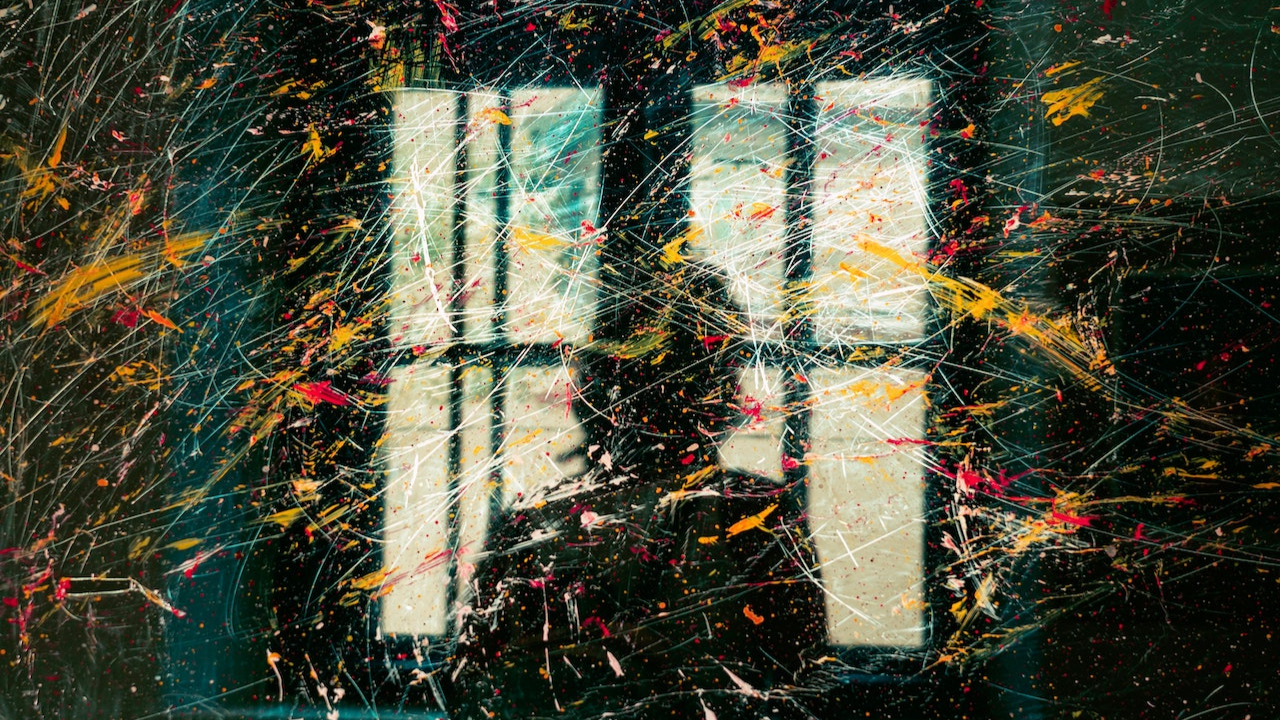 I sat on a hard plastic chair, under fluorescent lights, surrounded by psychiatric patients. I wanted the therapist at the front of the room to tell me how to get out of here, but she seemed to be just an outline of a person, saying words that made no sense.

She appeared to be instructing us all to take our meds. I didn’t take medication until about two weeks ago, when I stopped sleeping and my face started going numb and cold from panic attacks. When she began to recommend meditation practices, exercise, good nutrition, and a full night’s sleep, I raised my hand. “I had a baby three months ago,” I said. “How am I supposed to do all that?”

I wanted her to tell me how to rest at night instead of pacing my one-bedroom apartment, shaking, waiting in quiet panic for the next breastfeeding. I wanted her to make the world stop spinning and help me go back to the familiar backdrop of everyday dramas—grocery shopping, workplace politics—back before my body opened wide enough for a person to pass through it.

The therapist said something about how I was in a difficult position. I should just do the best I could and get as much help as possible. I put my hand up again. “I’m confused,” I said. “How do I get help?”

She did not seem to know how to answer my question.

Alone in the living room, I bounced my three-month-old baby. I glanced at the wall—the one I had glanced at countless times, day after day, hour after hour, as endless rain fell outside and I waited for my husband to return from work. I imagined my baby’s small form hurtling toward the wall, her body making impact and falling to the floor with a thud.

The cotton swaddle grew hot and itchy in my hands. I placed her on the couch and pulled my hands away.

In the last few weeks, I’d been to my doctor, desperate for something to cure my insomnia; to the emergency room, convinced my heart was giving out; to a therapist, whimpering as I curled up on her couch. All of them had asked me if I’d thought about hurting myself or my baby. I hadn’t, but maybe this counted. It seemed to be one of the intrusive thoughts described at a postpartum support group meeting I’d attended.

“Your Aunt Karen had a nervous breakdown when she was a teenager,” my mom once told me, when I was in my twenties, home on a visit from graduate school. The words nervous breakdown seemed to mean something to my mother, but I couldn’t picture it. The phrase itself seemed so dated, as if anyone experiencing it should be a 1950s housewife.

It didn’t make sense that a perfectly normal person, like my Aunt Karen, who had a family, a job, a house in the suburbs, was temporarily broken down. In my limited view, people were either functional members of society or lunatics, like that girl who hides chicken carcasses under her bed in Girl Interrupted.

A year or so later, I read The Bell Jar and found some clues about what a nervous breakdown looks like. According to Sylvia Plath, it seems to mean that you stop sleeping and bathing, wear the same clothes every day, and go swimming alone too far from shore. Not knowing much about her life, I hadn’t ever considered that Plath had lived through a nervous breakdown of her own. I always imagined that she lived a life of quiet desperation, in her house with her kids and her pinned hair, perfectly normally, until one day she couldn’t take it anymore. I didn’t think about the in-between.

Hysteria was the first mental illness ever attributed to women. As early as the fifth century BCE, Hippocrates claimed that the uterus floated about inside the hysterical woman’s body, strangling and suffocating her non-female organs, bringing bouts of nervousness, shortness of breath, and unladylike sexual desire.

This diagnosis diverged from the Greek notion of divine madness, in which erratic behavior was due to the great blessing of being temporarily possessed by a deity, bringing gifts of prophecy, revelation, and inspiration from the gods. Such was the fortune of poets and oracles.

Instead, in the pitiable hysterical woman, the wandering womb had to be coaxed back to its rightful place through elaborate treatments, most of which involved the manipulation of the woman’s genitals. Over the centuries, male doctors ceremoniously presented vulvas with pleasant smells, massaged them with high-powered water hoses, and induced orgasms with vibrators invented solely for this purpose.

Because hysteria disproportionately affected spinsters and old maids, the medical establishment determined the cause was childlessness, the failure of a woman to realize her purpose. These people are our witches, our cat ladies, our crazy women in the attic.

What, then, can be said about a hysterical mother, a monstrosity beyond reason?

Here is a story about insane mothers: They kill their children. Then they are no longer mothers.

From behind his desk, the intake therapist assured me that all sorts of people were in this intensive outpatient program. “We have everyone here,” he said, “from lawyers and professors to street people.” He seemed to infer that I was not one of the “street people,” but I didn’t quite know where a mother of a three-month-old fit into this mix.

I curled up on the office chair like a child, unable to sit still. My exhausted husband sat on the chair beside me, an anchor, and held me to the earth. We took turns explaining to the therapist how we got here, trying to give all of my relevant history in twenty minutes: loving family, mental illness in women on my mother’s side.

My great aunt Lenore had undergone electroshock therapy. I didn’t learn this until later, but apparently it was an attempt to snap her out of the depression that began as a young girl, when her stepfather started sexually abusing her.

I told the therapist how the trouble all started when I couldn’t sleep because I was worried about the baby.

“Having a baby is a lot of responsibility,” he said.

I turned to my husband, wide-eyed. “I don’t want to be responsible anymore,” I said. His eyes sagged around the edges in a plea, but he said nothing. He just reached for my hand and held it in both of his.

I tried to explain to them what was happening in my brain, why I saw fortuitous, cosmic connections everywhere, why I felt overwhelmed by the electric experience of being alive. “I feel like I’m becoming enlightened,” I said.

The therapist smiled. “Yes,” he said. “In a way, this is a kind of enlightenment.”

I’ve never taken hallucinogenic drugs, but I hear from friends who’ve done mushrooms, LSD, or ayahuasca that the experience puts you in touch with a purer vision of reality, stripped of the petty concerns of the ego. Anxiety about the future, guilt and shame about the past, the relentless need to be liked—it all melts away.

Many people have profound, life-changing insights that remain long after the trip has worn off. The new trend of psychedelic-assisted therapy speaks to the potentially therapeutic effects of losing touch with reality as we typically understand it.

My insights were not given to me all at once in a drug-induced vision or a psychedelic dream. My glimpses were fleeting, grasping, over the course of weeks, between diaper changes. Something about mind and body, about connection and karma, about generations of suffering and healing, gleaned from fragments of information and woven together in a loose, fraying fabric, the pieces of which I am still trying to pull together.

I’m confident about one thing: at the center of the Venn diagram where psychedelics, meditation, and psychosis overlap, there is something true.

On my postpartum psychological journey, I saw a general physician, a behaviorist, two naturopaths, nearly a dozen psychotherapists, two acupuncturists, a handful of psychiatrists, a few psychiatric mental health nurse practitioners, and a meditation teacher, each of whom gave me different diagnoses, treatments, and explanations for my suffering. Among them were postpartum depression, leaky gut, bipolar disorder, adjustment disorder, generalized anxiety, psychosis, and over-attachment to the stories of my ego. My former philosophy professor said that I was having an existential crisis—bound to happen when you have a baby.

Experiencing psychological distress in a West Coast hippie town full of folks peddling energy healing, crystals, and psychic readings, I wondered—and still wonder—if, had my life been even just a little more embedded in that mysticism, perhaps I never would have even considered myself mentally ill but simply suffering from something like misaligned chakras.

The diagnostic standard for mental illness is whether or not beliefs or behaviors interfere with one’s ability to function in daily life, but the daily life of many new mothers is essentially months of solitary confinement and sleep deprivation immediately following a bodily trauma.

For most of human history, a circle of caregivers would have enveloped and nursed me as a new mother, for months, while I nursed my newborn. I would not have been expected to feed, dress, bathe, and care for both my baby and myself, alone, all day, every day. Maybe I would have stayed well.

Three and a half years after my psychiatric hospitalization, I sat on my therapist’s couch, bemoaning the lack of magic in my life. “When I got sick,” I said, “I felt this sense of just being swept along, like I didn’t have to struggle so hard to make things happen. I could just trust that I was part of something bigger.”

I liked my therapist. I saw her for almost a year when I was recovering, and she was kind, grounding, and helped me to come back to myself. After a two-year post-recovery hiatus, I returned to her office because I was feeling stuck, slogging through everyday dramas. She listened, as therapists do. Then she warned me not to romanticize my illness.

It’s not that I wanted to plunge recklessly into madness, I told her. But I longed to get closer, to catch another glimpse of the shimmering world on the other side.

“Part of me just wants to go do another ten-day silent meditation retreat and see what happens,” I suggested.

She cocked her head and shrugged. “But you’re a parent now,” she said. “How can you be here for your daughter if you’re off chasing magic?”

I curled up on the couch and turned to look out the window. I did not know how to answer her question. 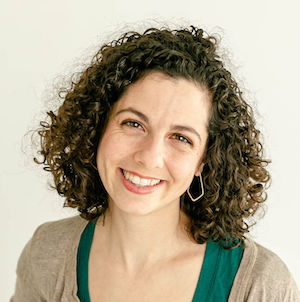 Danielle LaSusa, PhD, is a philosophical coach who helps new and expectant mothers grapple with what it means to make a human being. Her work has previously appeared in the New York Times, Literary Mama, and on the TEDx stage. She lives in Portland.