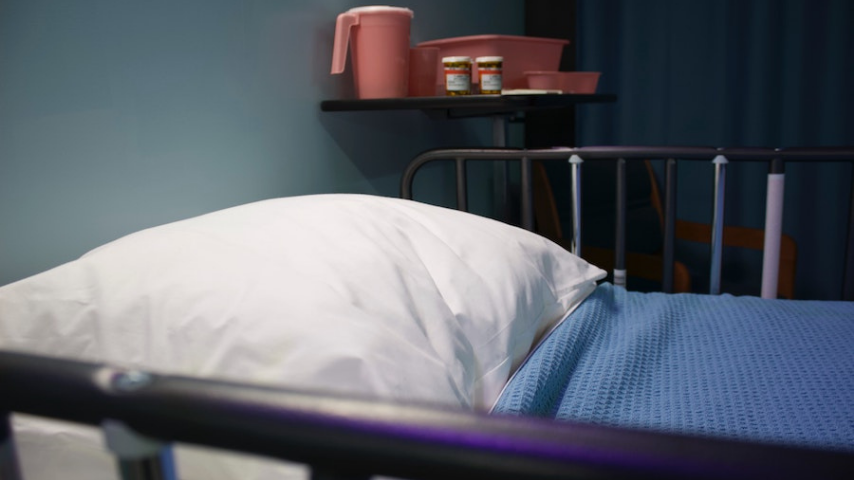 Since my eldest son was diagnosed with schizoaffective disorder at the age of twenty-three, I’ve been asked to fill out the Multidimensional Caregiver Strain Index (MCSI) many times.

This form always stumps me. Since its questions are worded as statements, I’m not sure how to respond to them. I stare at the form, reading the directions over and over: “Circle the number which most closely reflects your feelings about caring for your partner, relative, or friend.” The responses, listed in five columns and scored from zero to four, are “Never,” “A little,” “Moderate,” “A lot,” and “A great deal.”

I respond to the first statement, “I feel I have less energy now that I am caring for my family member,” with an immediate “A lot.” This energy drain isn’t easy to describe. The energy required to care for my son comes from some mysterious inner source. It reminds me of the energy needed when caring for an infant: rising multiple times per night to nurse my baby, creating food for him from my body, negotiating the fine line between exhaustion and survival.

Once, while driving on the freeway, I fell asleep at the wheel, my toddler son strapped into his car seat behind me. A honking car snapped me awake, mere yards from the shoulder of the road. Caring for him now, over twenty years later, brings back that feeling of facing danger after waking up suddenly out of a dream.

The mental health care system demands that a family member perform the bulk of caregiving without any preparation, training, or support. This caregiver is usually the sick person’s mother. The first time I brought my son to the psychiatric ward of our local hospital, the nurse asked me if I was “Mom.” Mom, I came to learn, is more than just the mother of the sick person.

Mom signs the visitors’ log, gets to know the nurses, memorizes the doctors’ names, and sits quietly while these same doctors make decisions that affect her child’s life. Mom visits her hospitalized child every day, perches on his bed while he eats lunch or dinner, comforts him when he sobs, and assures him he’ll be out soon, even though she has no control over his release. At home, she lies awake at night, wondering if she has done everything possible to help him.

Mom fills out forms, takes her child to appointments, picks up medications, and reminds her child to take these medications. Mom attends weekly group therapy with her child, listening to stories of breakdowns, addiction, and despair from teachers, Iraq war veterans, and mothers whose children are homeless or missing.

Mom spends countless hours sitting in waiting rooms. While she waits, she reads articles in the New Yorker, People, Today’s Health. She watches families enter the room, sees children weep or stare straight ahead, stony-faced. If she bumps into people she knows, she keeps it to herself.

Mom has no idea where these reserves of energy come from. She doesn’t know when they’ll give out. Mom lives day to day. She doesn’t think about the future.

For years, it seemed as though every time I left home for more than a day—or even planned to—something would happen involving my son. Statement five, “I have had to give up vacations or trips because of caring for my family member,” brings several incidents to mind. I have to circle “A lot” for this one.

On a recent trip to Portland, right after my husband, my younger son, and I had landed at the airport, my cell phone buzzed. It was my son, calling me from a small town in Northern California, where he’d gone to visit his grandmother. He was supposed to stay with her while we were out of town, but she’d asked him to leave. Now he was alone, in the middle of a psychotic break, completely lost and wandering the streets.

I sat down on a bench at baggage claim, mouthing to my husband, “Something happened. He has to go home.” My son had no car, but he did have a phone and, from his years of living in San Francisco, a working knowledge of bus routes, taxis, and ride-sharing services. He needed to get from his grandmother’s town to our home, about one hundred miles south.

The thought of my son in the middle of psychosis—rejected by his grandmother, searching for a bus stop in an unfamiliar town—terrified me. What if the police arrested him? What if he landed in jail? Would we be able to get to him before he was hurt?

Trying my best to stay calm, I waited while he found a bus to San Francisco, transferred to the South Bay, and called a friend to take him the rest of the way home. He stayed in contact with me the whole time, fighting hallucinations, hearing voices, and enduring rapid-cycling bipolar mood swings. It took hours, but he arrived home safely, and we were able to continue with our vacation.

Statement seven, “I have had to make adjustments in my work or personal schedule,” seems almost laughable. I give it a resounding “A great deal.”

When a child has an accident or is diagnosed with a terrible disease, people rally around, offering casseroles, rides, help with household chores, or at the very least a sympathetic ear. But when an adult child has a mental health crisis, most people have no idea what to do or say.

As soon as my son began having problems, I told my friends and coworkers. Few of them offered anything substantial. I soon stopped expecting any real understanding from most of my friends, but one incident stands out in my memory. At a board meeting for a local charity, someone asked me how I was doing. I blurted out, “Not very well. My son has schizophrenia.” The room went silent. Then, after a few “how awful”s, the meeting continued as if I hadn’t said a word.

After the meeting, however, one of the other board members took me aside. In a short, intense narrative, he told me of his own bout with mental illness: depression, mania, medication, and hospitalization. I listened while he told me his story: staying up for a month straight, hallucinations, landing in the hospital, wondering how he would support his family. “Call me anytime,” he said. “I’m happy to help in any way I can.”

In the months that followed—months of appointments, tests, MRIs, increasing medications, and changing diagnoses—this man’s kindness grounded me. I did call him, but only a few times. His gesture was enough to see me through.

“I feel resentful toward my family member.” I stare at this statement, perplexed. I do feel resentful, but not toward my son. I’m sure that some parents resent their children for plunging them into the chaos of managing mental illness, and I’m in no position to judge them. Being a caregiver involves strain. Add to that society’s almost complete lack of recognition of caregiving’s value, and you have a clearly unsustainable situation.

Our fragile networks of support for the mentally ill depend on someone performing the tasks that the health care system neglects—acting as an advocate for mentally ill family members, paying their bills, doing their laundry, making sure they eat and have shelter.

In the many cases where no caregiver exists, the results are too often tragic. Thousands of mentally ill people are warehoused in jails and prisons, the victims of violence and police brutality. They make up a large proportion of the homeless population.

This statement should read, “I feel resentful about the complete lack of adequate care for a person experiencing a mental health crisis.” I wonder what it would take to get that included on the form.

Not checking the box, I realize, reflects American cultural beliefs that we should be able to handle our problems alone. My reluctance to admit that I could really use some assistance in caring for my son shows how deeply I’ve internalized these beliefs. I often imagine someone reading the form, noting the unchecked box with relief, and tucking the sheet of paper into my son’s file.

Below the box is a final prompt: “Family Caregiver: please indicate below any concerns you have about your own well-being.” It’s followed by two lines.

This is the most confusing part of the form. Two lines are not enough to even begin to indicate any concerns. And caregiving has blunted my ability to understand my own well-being. I’m not sure how to assess my state of mind. Like many caregivers suddenly plunged into a crisis, I have no guidance, few peers, and no real way to know how I’m doing. Organizations exist for caregivers, even for those dealing with mentally ill children, but searching for them and attending meetings requires time and energy I simply don’t have. My husband and I trade off caring for our son; most days we barely see each other.

What’s more, the wording does not suggest that anyone will take action after reading my extremely condensed concerns. I wonder what, exactly, the reader of this form would do with that information. In addition to being a caregiver, would I suddenly become a patient as well?

Deep down, I fear that asking for help would somehow jeopardize my ability to help my son. That’s not an option. I must keep up the appearance of competence. I must not admit to any weakness.

Perhaps it’s the open-ended wording that disturbs me most—statements like “I have a lot of time to myself,” to which all responses seem wrong. Or maybe it’s the impossibility of reducing the enormous burden of caregiver strain to a one-page questionnaire. The form seems like an afterthought, the result of someone in a medical office looking up from their desk and noticing the stress on the face of a mother waiting for her child.

I recommend adding some new statements to the form. “I’d like to know more about caregiver support.” “I have trouble imagining a future for my mentally ill child.” “I appreciate it when someone shows me kindness.”

For all three, I would circle “A great deal.” 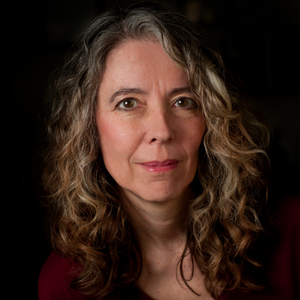 It’s been nineteen years now since my husband’s first hospitalization. He was diagnosed with PTSD. It was a year of ups and downs with medical leave from work for an entire year. Not long after my husband’s diagnosis, my oldest son had his first hospitalization and was diagnosed with schizoaffective mental illness. I retired early to care for my family. As if caring for two wasn’t enough, I now, also care for my youngest son who also has been hospitalized for schizoaffective mental illness and uncontrolled seizures. The unknown strength you experienced and alluded to in your article is the strength and power of our one and only true God, maker of Heaven and Earth. It’s by His Spirit living within me that has given me the strength and wisdom to cope with the roller coaster ride caregivers experience. NAMI has been so helpful to help me navigate our broken health care system through classes they offer. Their support groups have been so helpful to lend support and care so I don’t have to do all of this alone.