Kevin Frazier, publisher of "The Oregon Way," on the future of civic engagement in Oregon 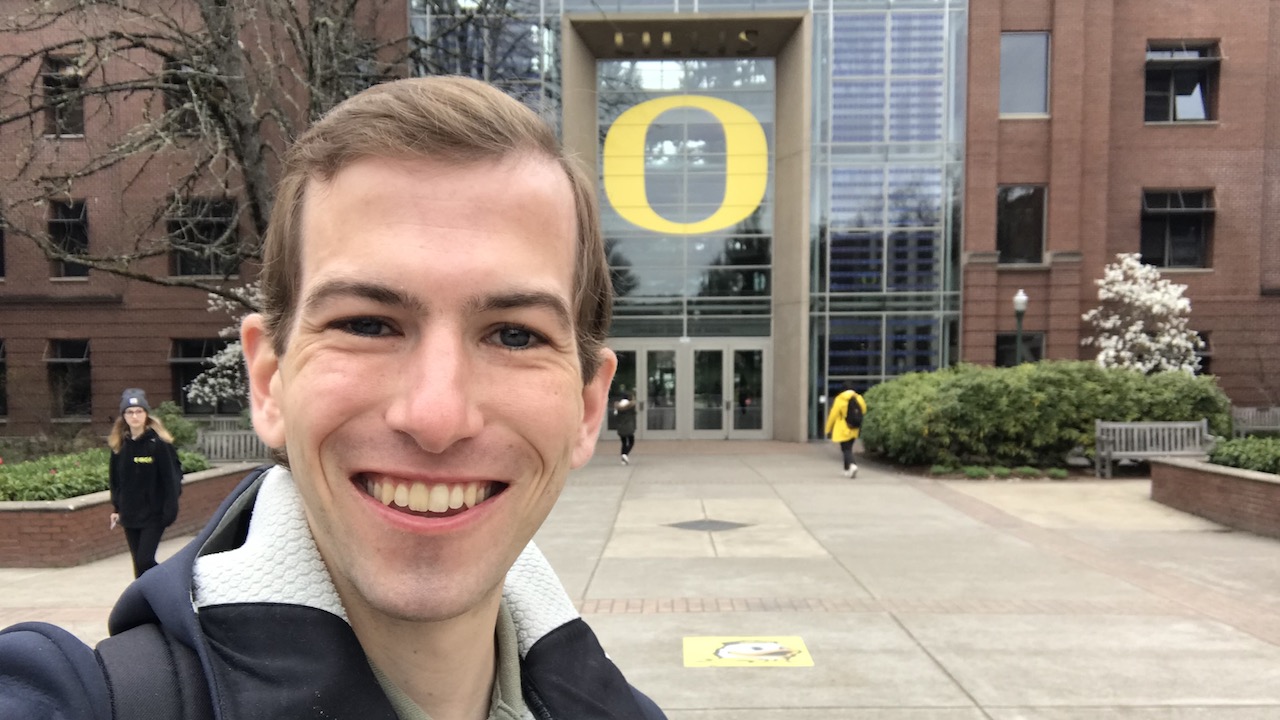 Kevin Frazier founded the blog The Oregon Way in August 2020 out of a frustration with partisan politics. A Beaverton native and political junkie, Frazier sought to create a nonpartisan place for Oregonians from across the state to unite around ideas instead of ideologies and put the focus back on people instead of politics.

“For me, it starts with asking big questions and creating a big table,” said Frazier, who is currently pursuing a Master in Public Policy at the Harvard Kennedy School and a law degree at the University of California, Berkeley. Oregon will always be home for Frazier, who started the blog to “relentlessly pursue a better future in an inclusive way.”

But what started as a blog for op-eds from thought leaders across the state soon evolved into a larger media group: In recent months, The Oregon Way joined up with The Liftoff, a newsletter on Oregon politics, and The Bridge, a podcast series, to form OR360 Media. Frazier said that, together, these efforts are a one-stop shop for Oregonians to know what’s happening in Oregon politics and feel equipped to make a difference in their communities.

“The cumulative goal for all of these projects is really thinking about restoring Oregon civic culture and improving its information ecosystem,” Frazier said.

According to Frazier, just knowing the facts about what’s going on isn’t enough—that’s where The Oregon Way comes in. The blog shows readers the many ways community leaders and elected officials are thinking about the most pressing issues in Oregon, from climate change and land use issues to political representation and homelessness. (Editor's note: Adam Davis, executive director of Oregon Humanities, is a regular contributor.)

Many of the blog posts detail proactive and pragmatic efforts across the state, Frazier said. For instance, Kelley Minty Morris—a Klamath County commissioner—recently wrote about how groups from across sectors are uniting to respond to water issues in the Klamath Basin by providing water filling stations and 500-gallon water tanks to residents.

“The state, county, city, and citizens came together to ask, ‘How can we help?’” the commissioner wrote.

Another elected leader, Rep. Marty Wilde (D-Eugene), also recently made a call for uniting Oregonians in an Oregon Way post, proposing the creation of a state service program for young people. Such a program could bring young Oregonians together to fight climate change through carbon sequestration or train as nursing assistants or wildland firefighters.

“Public service can restore a sense of community by showing the value in collective work across social boundaries toward a common goal,” Wilde wrote.

And while elected leaders often contribute to the blog, community leaders fill its pages as well. Taylor Stewart, the founder of the Oregon Remembrance Project, recently detailed the organization’s efforts to confront Grants Pass’s racist past and plan for a more inclusive future.

According to Frazier, this is a robust way to see the 'Oregon Way' in action.

"(Stewart is) not doing this for any partisan purpose,” he said. “This is not meant to punish anyone but really just to build a stronger community.”

Is there an 'Oregon Way'?

Since launching in the summer of 2020, the blog has racked up more than 1,300 subscribers, and each post can have up to 5,000 views from Oregonians on both sides of the Cascades and across the political spectrum.

Frazier said the blog has been relatively well-received, but some people do push back on the general premise that there is an “Oregon Way” in the first place. According to Frazier, Oregonians are brought together by a shared love for the state. But some people think that this shared Oregon identity is now just used for partisan goals.

One Umatilla County commissioner, George Murdock, for example, wrote that it’s hard to imagine a return to an “Oregon Way” given the current political climate.

Frazier, in part, agrees that citizen engagement opportunities have dwindled.

“We’ve turned the idea of collaboration and engagement into a check-the-box exercise,” he said. “We need a new iteration and a new advancement on what we mean by the 'Oregon Way' and what it means to participate in our democracy.”

This means opportunities that go beyond town halls and public webinars. Frazier believes that, to strengthen civic engagement, the state needs to build citizen assemblies or service programs like Wilde proposed.

Frazier said that he hears many people question whether Oregonians would really show up if given the opportunity. But that’s a gamble he’s willing to take.

“Let’s give Oregonians a chance to shape the future of the state, and I'm willing to bet that they're going to show up and take us up on that opportunity,” he said.

The Oregon Way—and the larger OR360 Media—has already started to spark action, Frazier said. The blog gave birth to one contributor-led group focused on climate change and composed of Oregonians from across the state, from different industries and political parties.

“I think that The Oregon Way is definitely encouraging contributors to think more about how they can take their posts off the page and into the community,” Frazier explained.

And OR360 Media has big plans for 2022. Ahead of the November gubernatorial race, the group is partnering with Portland-based news channel KATU on a #GovernorGoals series. Each month, they will focus on a different issue the governor will need to face, from homelessness and housing to climate change and wildfires. This November, Frazier will visit colleges and high schools around the state to inform students of the campaign and ask them what they think the governor should address.

Frazier said the challenge for the next governor is to really represent all of Oregon and not just focus on what Portlanders and Willamette Valley residents want. But, so far, Frazier is encouraged by the tenor of the race for governor, explaining that the candidates are doing a good job of discussing the need for critical building blocks like vocational training, childcare, and school improvements. This matters as the state comes out of the COVID-19 pandemic and embarks on a new era, Frazier said.

“There's a big conversation about this being a sort of moment of reckoning for the state,” he said. “Folks are really asking big questions about what do we want the state to look like, not only four years from now but also decades down the road.”

Frazier added, “Those sorts of big questions are exactly the sort of questions that I think are at the heart of The Oregon Way in terms of inspiring Oregonians to look more into collective action efforts to have a long-term impact on this state that we're so glad to call home.”

In addition to running The Oregon Way, Frazier still has to finish up his dual graduate and law school program. After graduating next summer, Frazier plans to be a clerk for the chief justice of the Montana Supreme Court. He hopes to become more familiar with state constitutional law and, eventually, bring these skills back to Oregon.

As he puts it, “I'm in this process of gathering as many tools, and as much knowledge as possible so that when I do come home, I can help make as big of a difference as possible.”

Hanna Merzbach is an independent journalist who writes everything from breaking news to magazine features. Her work has appeared in the Atlantic, High Country News, and NBC stations across the country, along with Oregon outlets such as Street Roots, KGW-TV, and the Portland Mercury. She focuses on issues related to local and state politics, housing and homelessness, and health equity. She is now working in Japan as an English teacher, while still doing freelance work.

"Farming Is So Much More than Food"

An interview with Megan Horst of Portland State University on the future of Oregon's food systems. By Dylan Jefferies

Olivia Wolf talks with Kali Ladd, director of the educational nonprofit KairosPDX, about the future of school in Oregon.

“We Know Who’s Got Our Six Now”

Bruce Poinsette considers the Father's Group, an intergenerational community group in Central Oregon, as an example for the future of Black-led organizing in Oregon.