Cold mornings, chamomile tea, and a touch like a thousand fireplaces 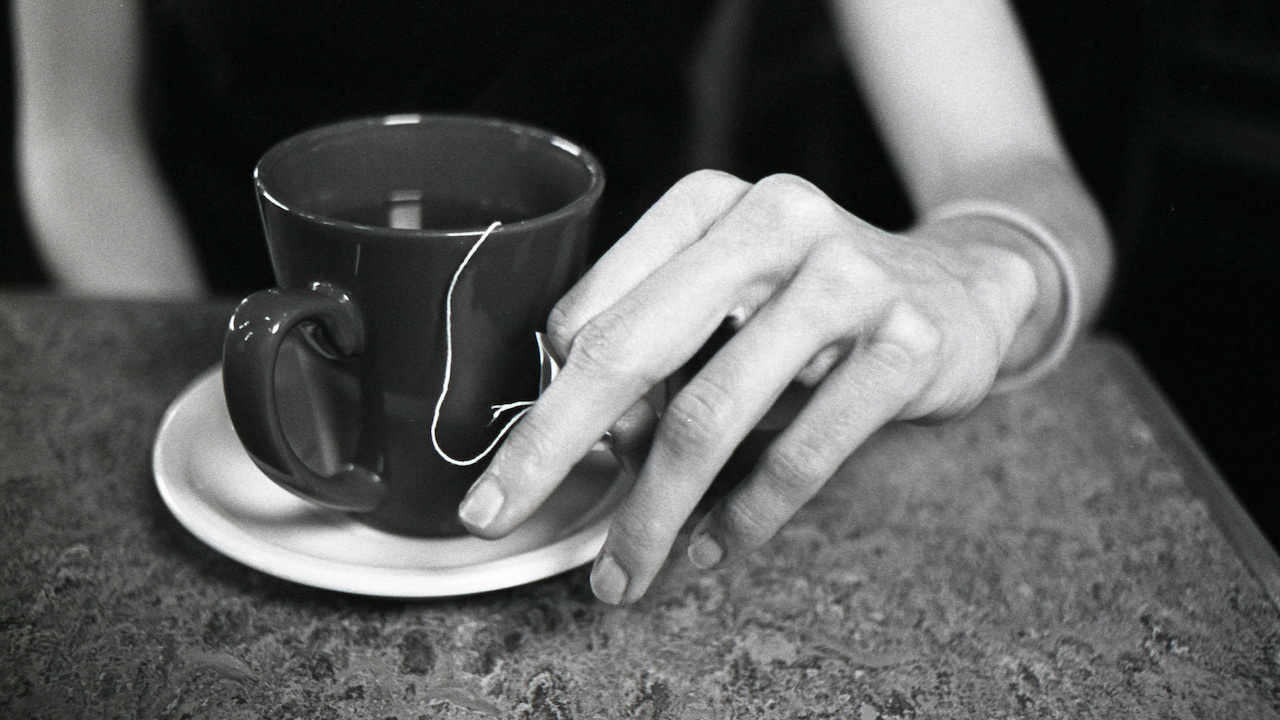 I woke up most winter mornings of 1999 in faded flannel sheets, sandwiched between my dad and Blaze, our elderly Doberman. The alarm went off at 5:15 a.m., but we usually snoozed it a few times due to the cold: a pervasive, wet Oregon chill that breezed through our 1880s Yamhill County farmhouse and left a dewy sheen on the wallpaper. Blaze, Dad, and I had to share space because of the cold and lack of central heat, but also because of the sadness. Mom had left us about a year prior on account of my inherent wickedness. She’d been threatening to leave if the rain, the neighbors, and the three of us didn't start acting right.

I can't recall now what acting right would have entailed, but clearly none of us did it because in October of ’98, after a Girl Scout Juniors troop meeting in the basement of a church whose God never spoke, Mom told me she was going to make a new life for herself in California. She got an apartment near Disneyland and rarely looked back. It rained from October to June.

Dad and I didn't have an easy way with words. We made up for what we couldn't voice about the sadness with snuggling. We’d wander the house at night wearing four or five layers each, sipping on a piping hot calcium-magnesium drink that was supposed to ward off nightmares. Then we’d slip under massive piles of quilts and hold each other and Blaze until dawn. To this day I feel an urge to cuddle, a desire to find comfort in the arms of a manager giving me feedback, a flight attendant handing me a ginger ale, a grocery store clerk reminding me that quinces are not in season.

In those days, breakfast was a harried affair of puffed rice with skim milk before heading out the door. We drove over backcountry roads dusted with frost, past filbert orchards and nurseries that grew starter trees for The Home Depot. After half an hour we'd arrive at our carpool drop-off point, which was the house of my older classmate and friend, Emma. She lived in an A-frame home on the way to our school. Emma had two parents, central heat, and a rescued husky/shepherd mix, who would howl wildly whenever my dad’s tires would crunch over their driveway gravel. This was Emma’s signal to wake up and run down to unlock the front door for me. I’d hug my dad goodbye, dash through the rain, squeeze through the front door, and throw my wet backpack and raincoat on the entryway floor. The house was always still dark at that time, and Emma’s parents would be asleep. My dad would wave and pull away to drive ninety minutes to a bookkeeping job in Portland.

Emma’s home was blissfully warm. I’d doze on the entryway sofa for an hour or so while her family tromped around the house, waking up, making eggs over easy with thick slabs of succulent ham, Folger’s coffee, and orange juice from a freezer can. Her family seemed very rich to me, but in retrospect we were all teetering on the highest rung of the lowest class.

Emma’s mom was a harsh and unsympathetic figure who mostly relegated me to the sofa while they enjoyed private family time, which meant breakfast, before we’d clamber into their van and carpool the remaining thirty minutes to school. She did, however, permit Emma to make me a cup of chamomile tea before we left each morning. Perhaps you’ve had chamomile tea before— often recommended for colds and flus, fragrant, inexpensive, easily found, and enjoyed around the world. I wish you could try Emma’s chamomile tea.

She’d start by carefully filling a porcelain china cup a sliver past half-full with scalding water. Then she’d add one tea bag from a giant bulk box and wait beside me while the tea cooled. She didn’t touch me much. I felt our upper arms resting together as we watched the tea steep, or she’d brush a passing hand by my back, but she felt like a thousand fireplaces: a melting that reached into my inner places. She’d heap in spoonfuls of brown sugar and stir slowly, until the water had dissolved every crystal. To this she’d add a dash of heavy cream.

When I think about being gay, I don’t pathologize my coming-of-age narrative or turn to Lady Gaga for a “born this way” anthem. Instead, I wonder if my path to queerness was laid in the quiet and in-between moments. I loved Emma. I loved her tea. Simple. This was before I learned about the gender binary, femme ritual, sandal brands, derby daddies, bathhouse etiquette, goddess worship—all the theory and culture that came later and perhaps only complicated my senses. My feelings for Emma were too serene to be lust, too embodied to be theoretical. She served that tea to me with half a slice of rye toast every school day. Y2K came and went.

In July, we learned that the bookstore down the lane from where Emma lived was planning an elaborate midnight release party for Harry Potter and the Goblet of Fire. We eagerly counted down the days. When the evening of the party came, we dressed up like witches and waited, cross-legged, on the faded blue carpeted floor of the bookstore, listening to the excited whispers of a hundred witches and warlocks. We all screamed when midnight struck. The bookstore employees wheeled out towering carts of wrapped books, which we grabbed and began to read immediately, shushing the bad, noisy children beside us. We stayed up furiously reading until almost everyone had gone home, and a reporter took our picture for the News-Register, the community newspaper of the Yamhill Valley.

Summer in the new millennium felt bolder. Peonies and blooming lilac trees dotted our potholed roads, which I could skip down all day while school was out. Blaze started sleeping outside, guarding the farmhouse. Dad was away a lot, either because of work or the sadness. Maybe it was the heat or the alone time that emboldened me, or maybe it was inherent wickedness, but that summer I took a neighbor girl to my hot attic and kissed her on the mouth. I pulled down her cotton underpants and watched as she pulled down mine, and as neither of us knew what happened next, we stayed that way for hours, kissing, cuddling, sweating.

What did happen next was a grand dichotomy: moments of terror and beauty, more than any one thing or the sum of a few rapid harvests. In the season of the mustard bloom, vintners came with out-of-state money, and the gravel roads all got paved. My blueberry pie took third place at the fair, and the neighbor girl’s stepdad died of an opioid overdose, as many local parents did. The valley got a beautiful new bypass; traffic's down by forty percent. I took a job pouring wine for tourists, and Emma moved to Denver, where she eventually married an electrician who is successful and emotionally abusive to her. All the Harry Potter books, then the films, were released to great critical acclaim. Now, in the quiet and in-between moments, I search online for tips and tricks on how to spread a father’s ashes, for rescue dogs, and for women on Tinder. I explain to them that touch is more than a love language. It is my native language. 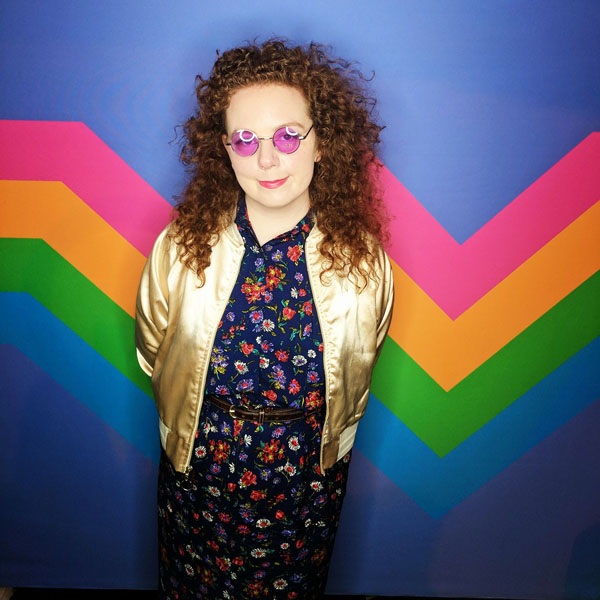 Joni Renee Whitworth is an artist and writer from rural Oregon. She has performed at The Moth, the Segerstrom Center for the Performing Arts, the MacLaren Youth Correctional Facility in partnership with the Morpheus Youth Project, and the Museum of Contemporary Art with Marina Abramović.

What a tender, sensitive and intimate portrait of discovery this is. Yes, indeed, we are those moments when we are offered a little kindness and warmth. A beautiful piece.

So well crafted. Thank you, Joni.

Mark Putney writes about finding belonging in a Willamette Valley hazelnut orchard after leaving the wilds of Kodiak, Alaska.

Writer Brook Shelley on everyday life as an act of rebellion.