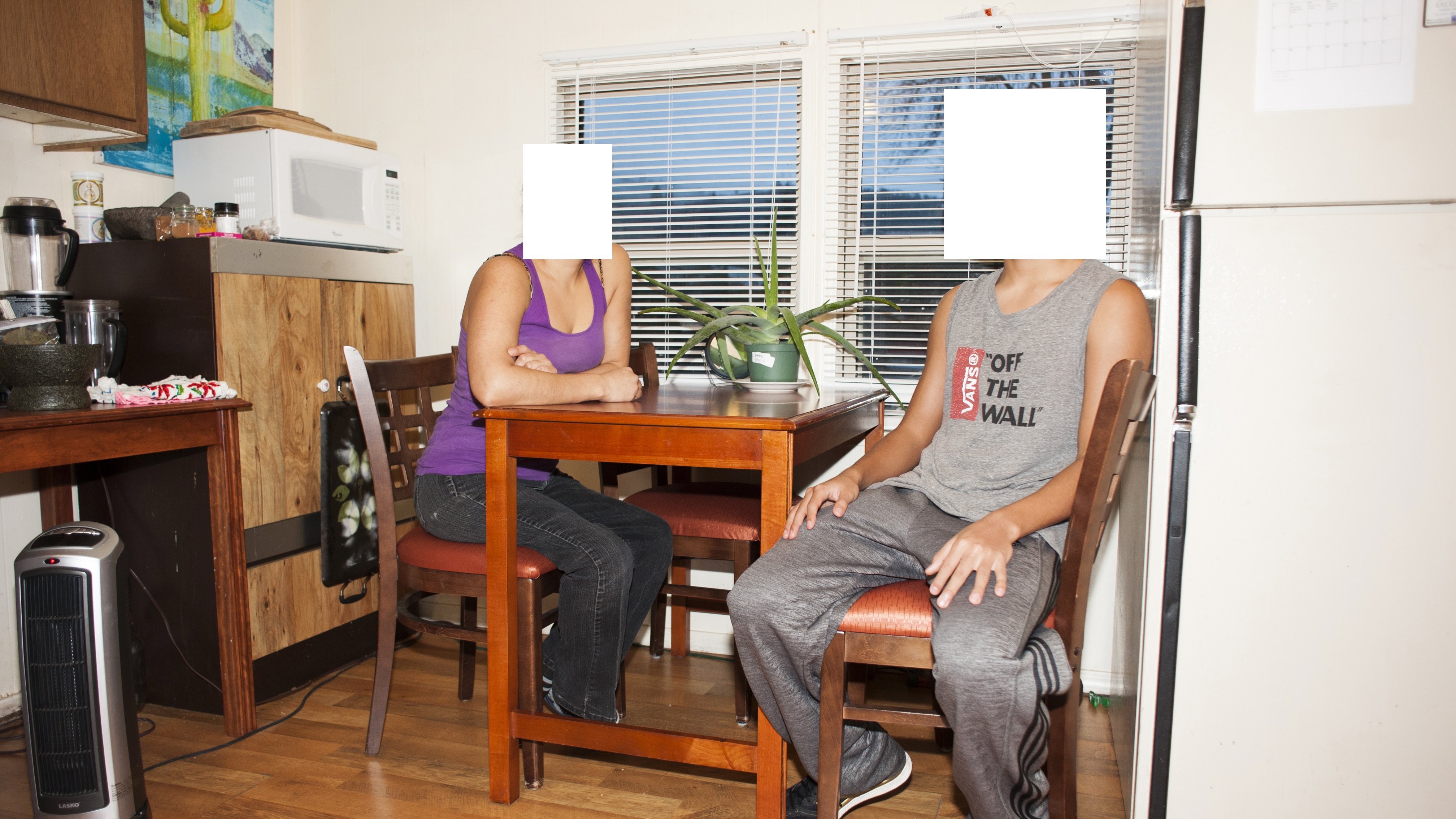 Fernando was brought to the US when he was ten years old. 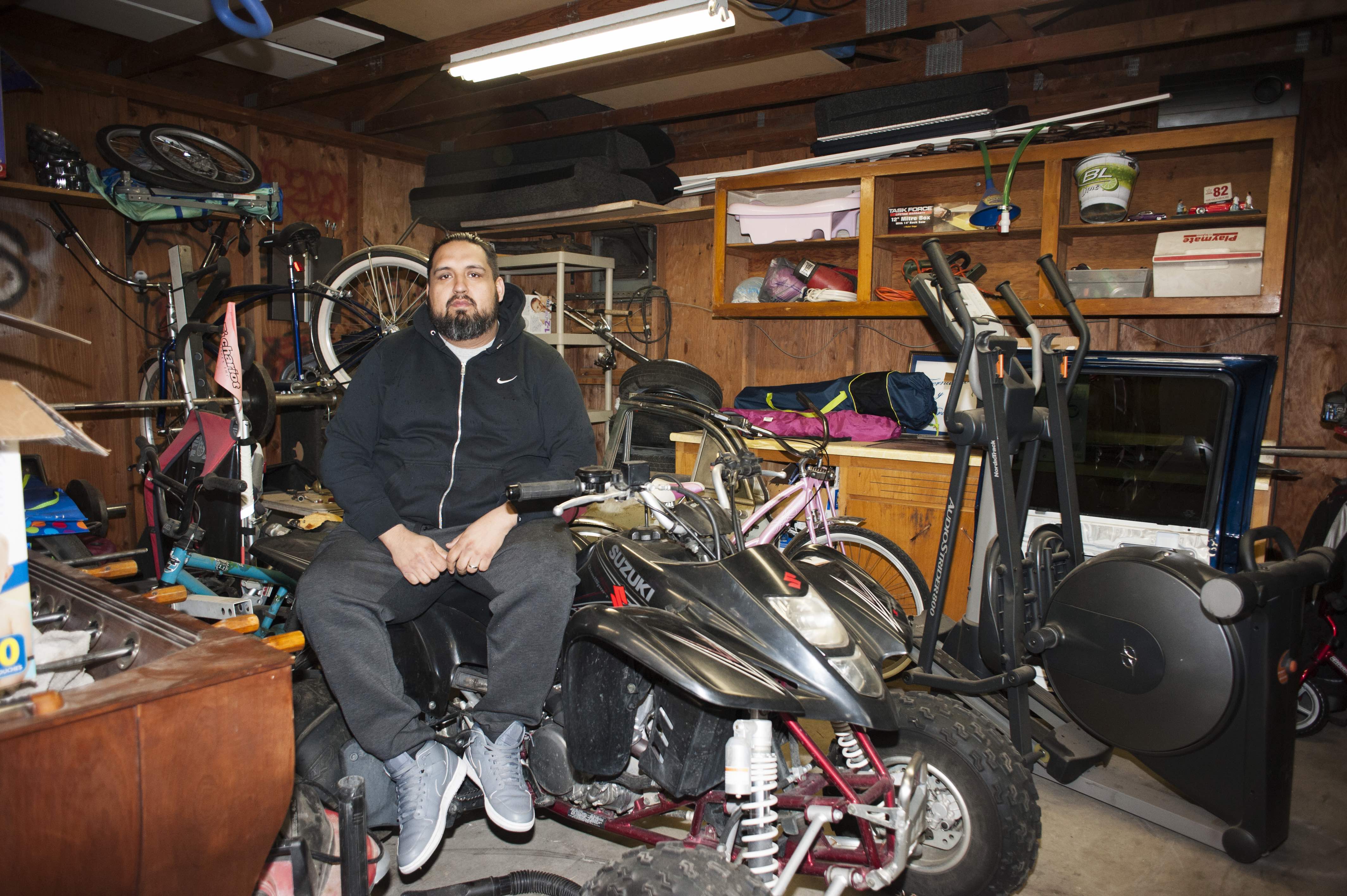 “I remember the uneasiness of going to school and not knowing if I was going to come back to my parents or not.” 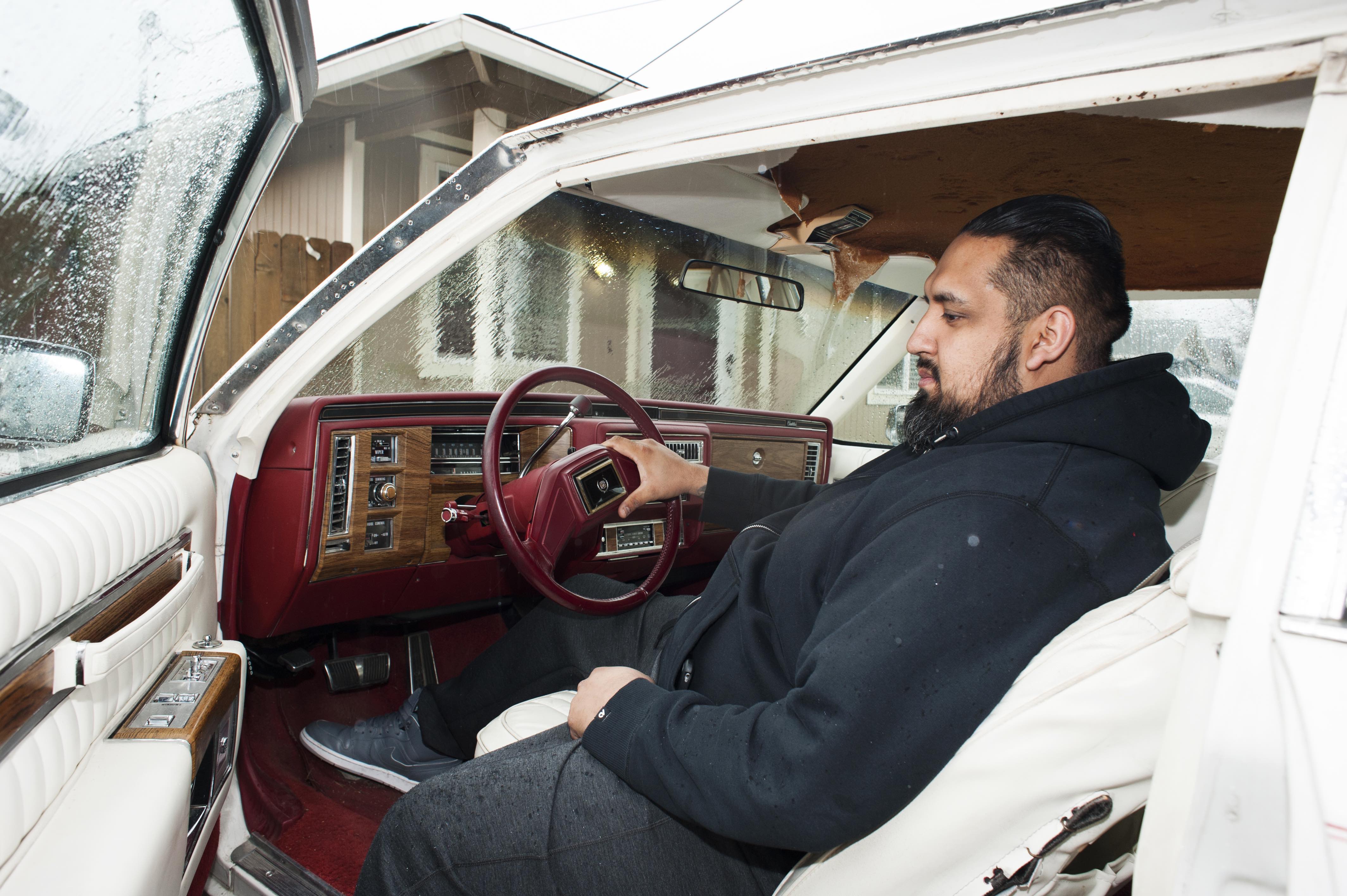 “I was undocumented until the age of twenty-six. . . . It was like a whole new world. I was able to work legally, have a social security, get a driver’s license, and actually open up a bank account and start developing credit.” 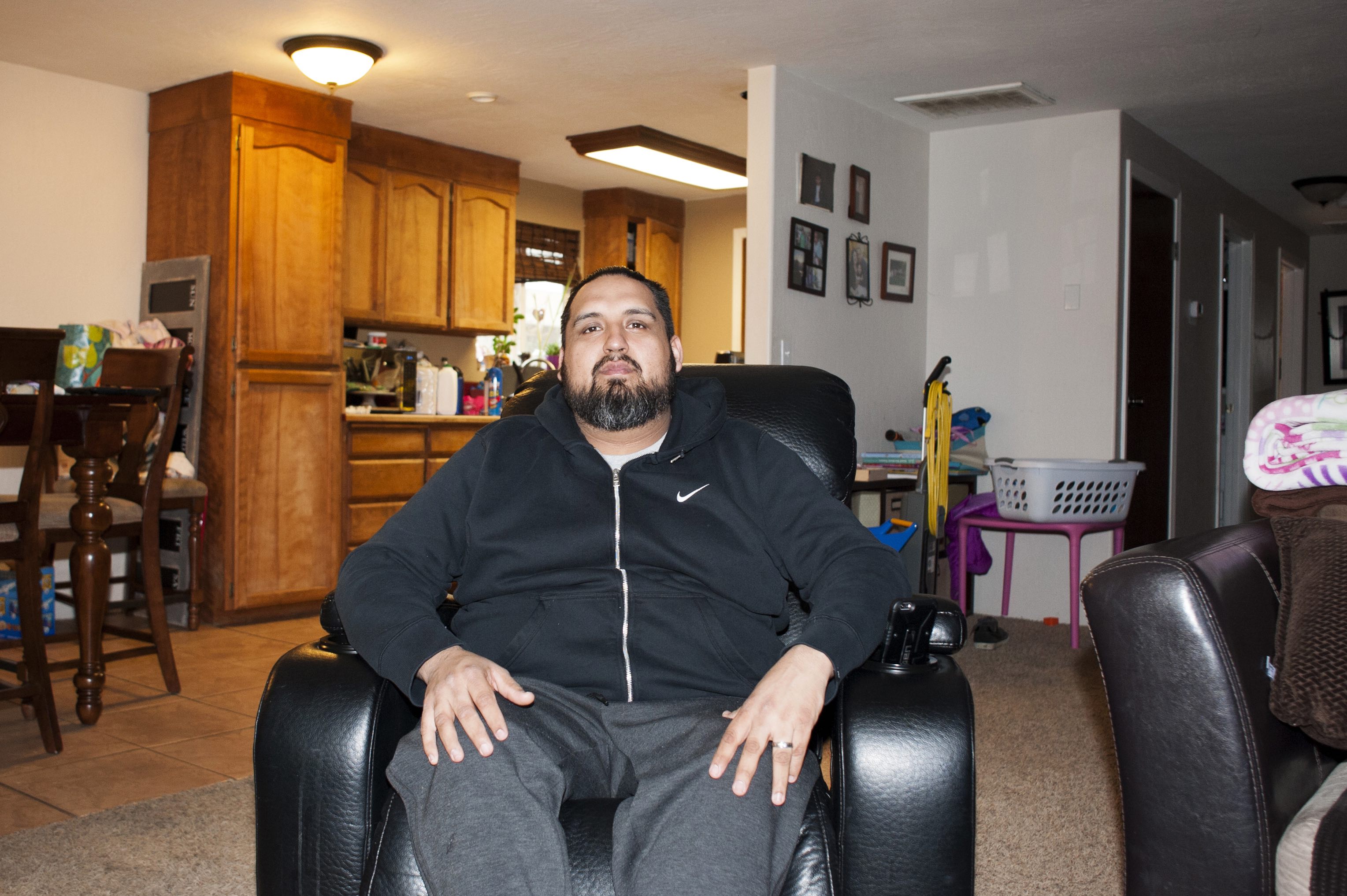 “I am grateful to know that [my daughters] will never have to fear what I went through growing up. They never have to doubt if they’re going to walk out the door and come back.”

Fabiola works two jobs and worries that deportation might separate her from her son. 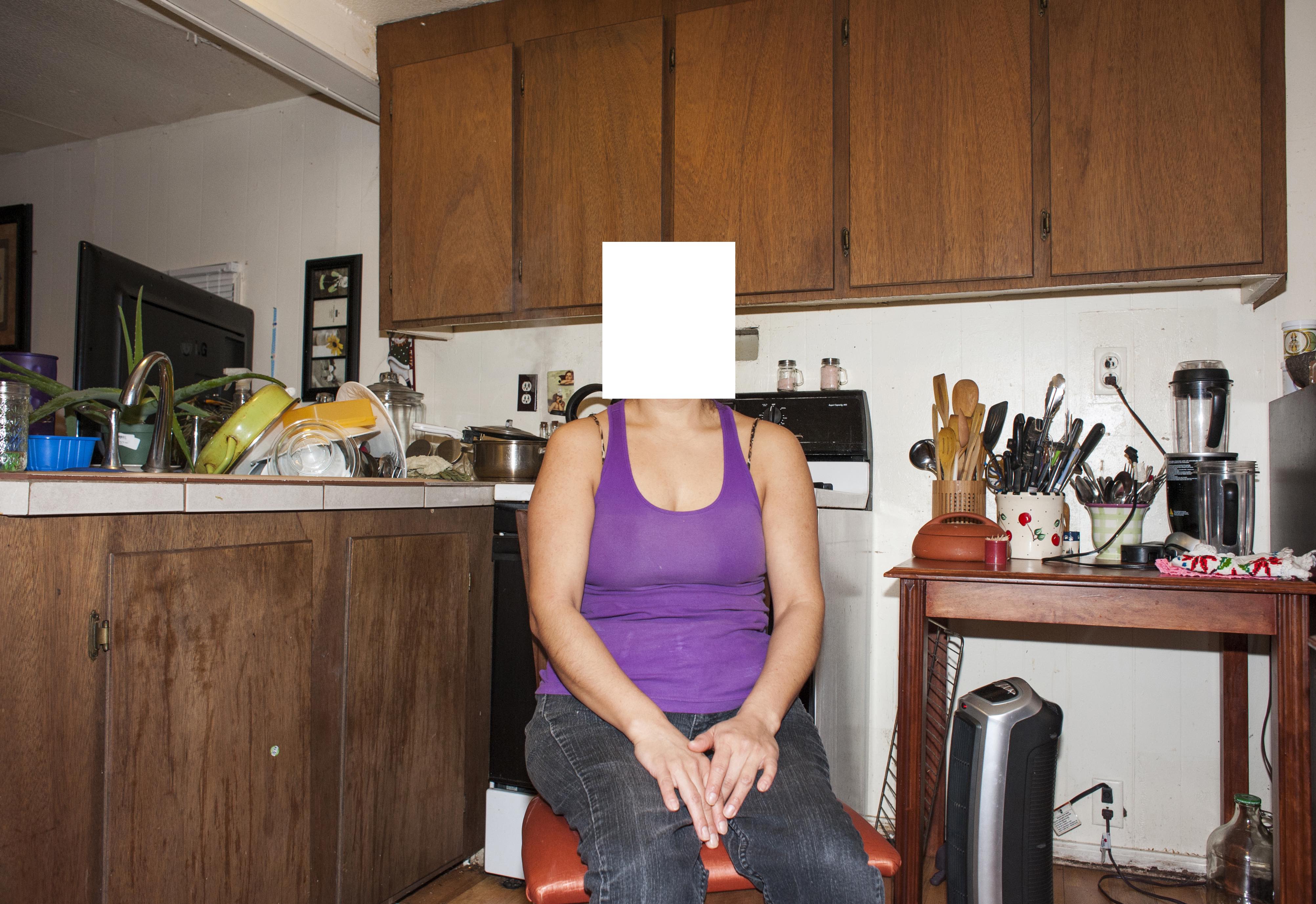 “The situation in Mexico was really bad. I couldn’t have a good job. I thought I wasn’t going to be able to pay for a house for my baby and I. . . . [My aunt] said come before my baby was born and he will have a better future, better opportunity.” 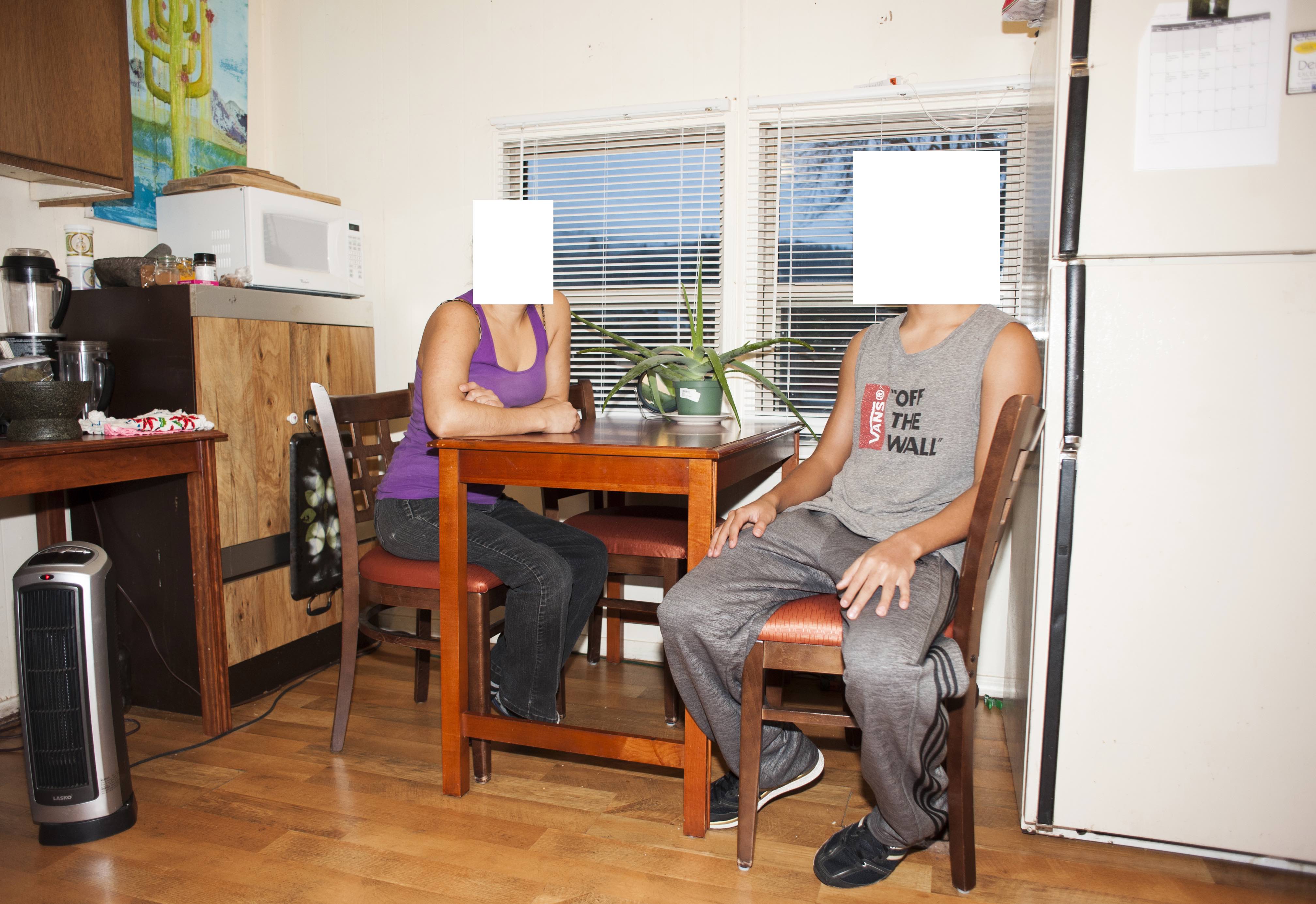 “I make payments to [the previous owner of my home]. It is still in her name because . . . I was not able to get a loan from the bank. I tried it before but they denied it because I don’t have a social security.” 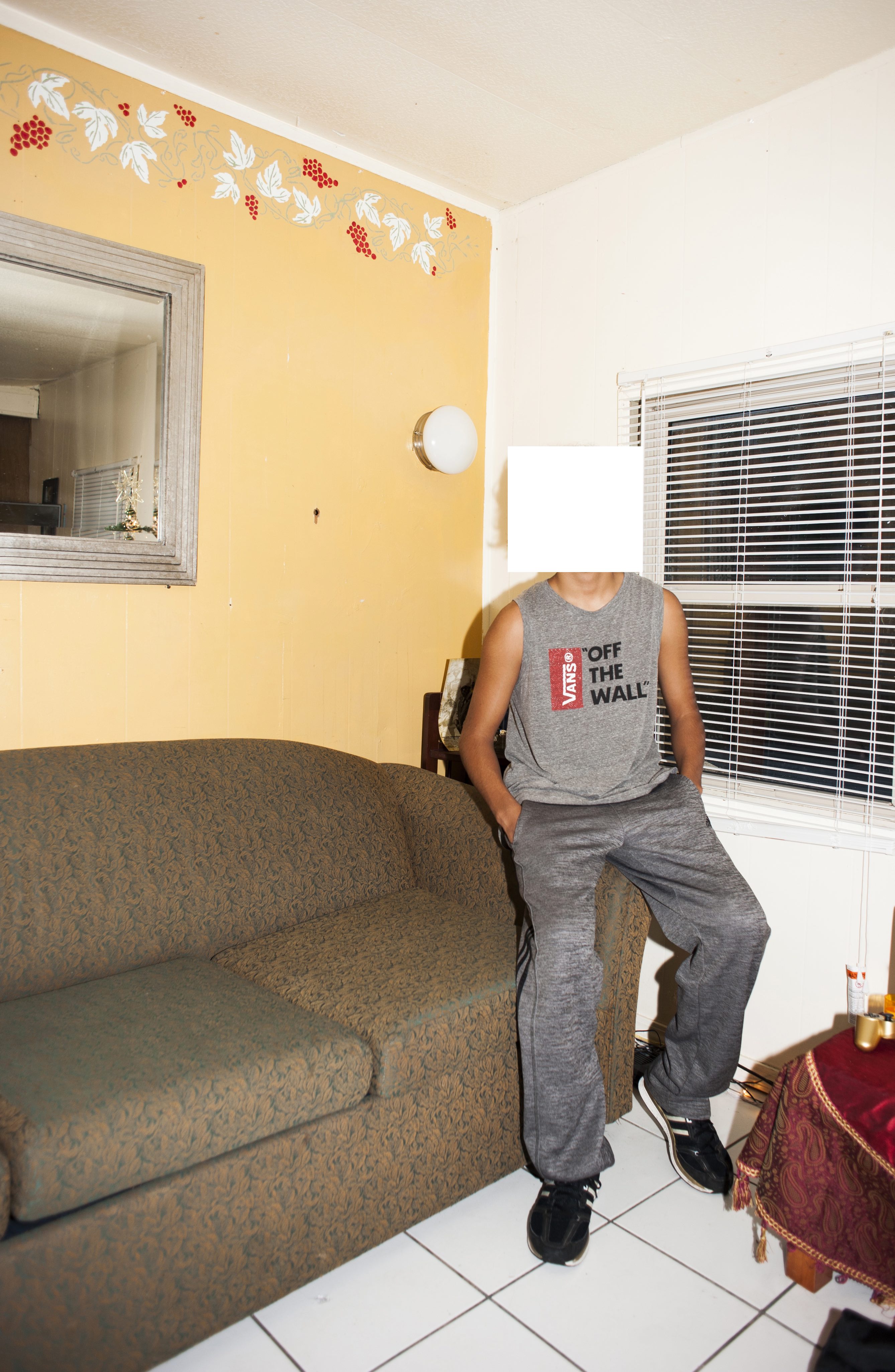 “I am worried about deportation because I don’t know what is going to happen with my son. . . . He needs me. He definitely needs me. I would like to live more free, go everywhere, do more and more.”

Maricela only leaves home to work and lives in fear of being stopped by the police.

My name is Maricela. I’m from Jalisco, Mexico. I live in Medford, Oregon. I’ve been a single mom for the last thirteen years. When I began to reflect on my situation in Mexico, I realized I couldn’t provide a good life for my kids in the situation I was in. I was having a hard time affording rent and other living expenses, so I made the decision to come to the United States. I came to the US in 2010. I had to leave my children behind. I headed to Tijuana on November 10 and crossed the border on November 12.

When I arrived in Los Angeles, a friend came to pick me up. I came to Oregon because I had a few friends here and they told me they could help get me situated. I currently work on a ranch by day and clean a fitness gym at night. I began looking for work as soon as I arrived and got a job on a ranch. When I started working for that ranch owner, he began harassing me because he knew I was new to this country. I put up with a lot of harassment from him because I needed the job. It got to the point where he would put his hands on me. Not in private parts, but on my legs and my hand. I would just get away from him. I eventually found another job and quit working there. We don’t denounce people because we live in fear. They are citizens and we are not.

As an undocumented immigrant, we don’t have the same help and benefits as those with legal status. We can’t obtain a driver’s license, health insurance, or own a home. It’s very difficult. Finding good work is hard too. We usually do very backbreaking work and often for low wages. I would love to own my own home and not just be paying rent all the time. I’d like to have my own car and more benefits. I don’t feel comfortable being an undocumented person in this country. I live in constant fear. Driving is necessary here, and I’m always afraid of being stopped by the police. I’m also afraid of getting into an accident, especially because I cannot get car insurance.

I don’t really have a social life. I just go to work then rest. Since I cannot get a license, I only go out when it’s absolutely necessary. When I do have free time, I like to knit. I make hats, headbands, and purses. I sometimes take them to church and sell them in order to make a little bit of extra money.

I’m scared because of a lot of the things I’ve heard on the news. I really hope that the new president will have it in his conscience to help us make progress. I think he must know that we just want to work. I would love to have my residency, then my citizenship, so I no longer have to live with this daily fear. I want be able to bring my children here legally. I love this county and I love living here, but I don’t love the injustices that occur to those who don’t have legal status. 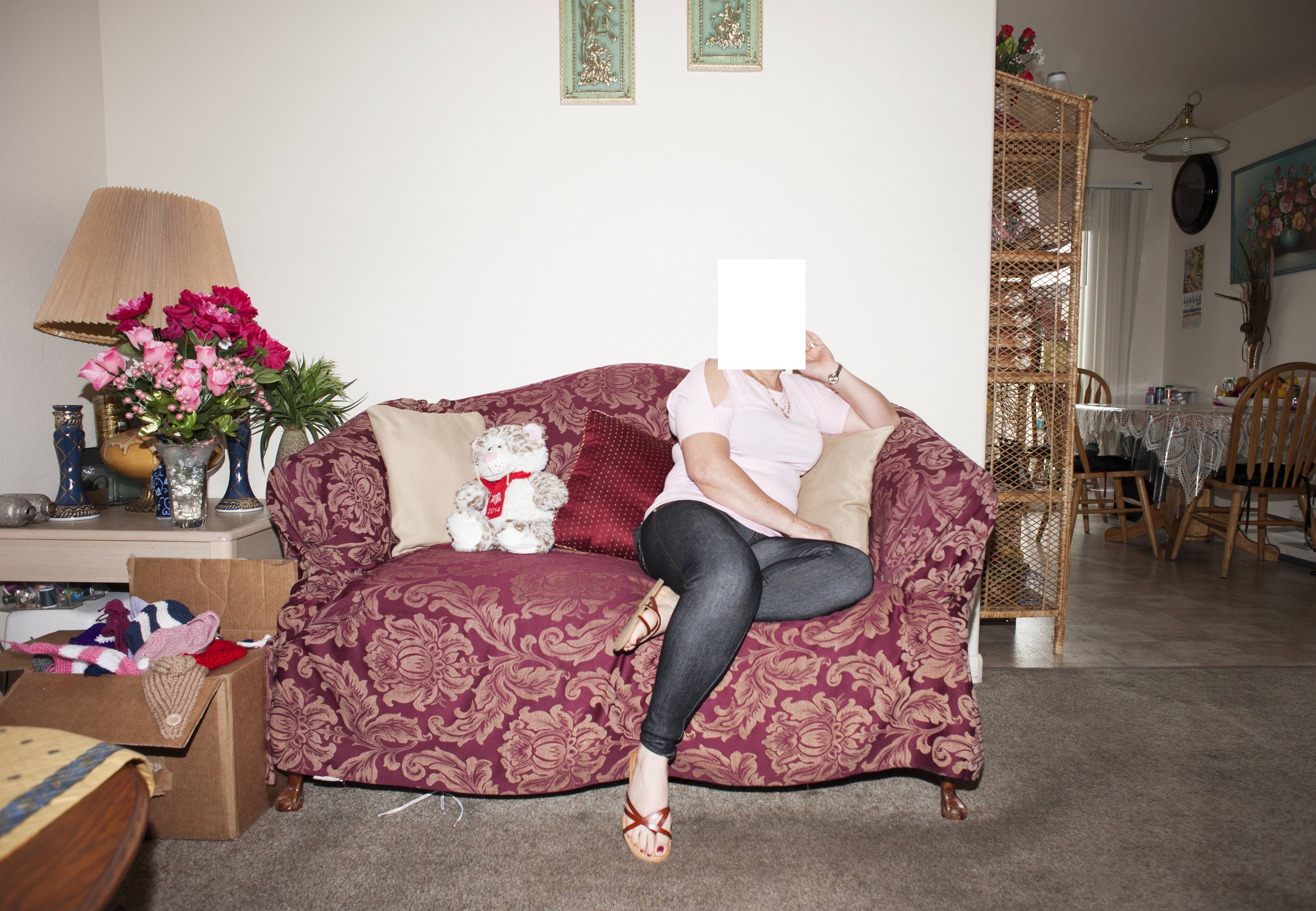 "When I started working for that ranch owner, he began harassing me because he knew I was new to this country. I put up with a lot of harassment from him because I needed the job." (Translated from Spanish) 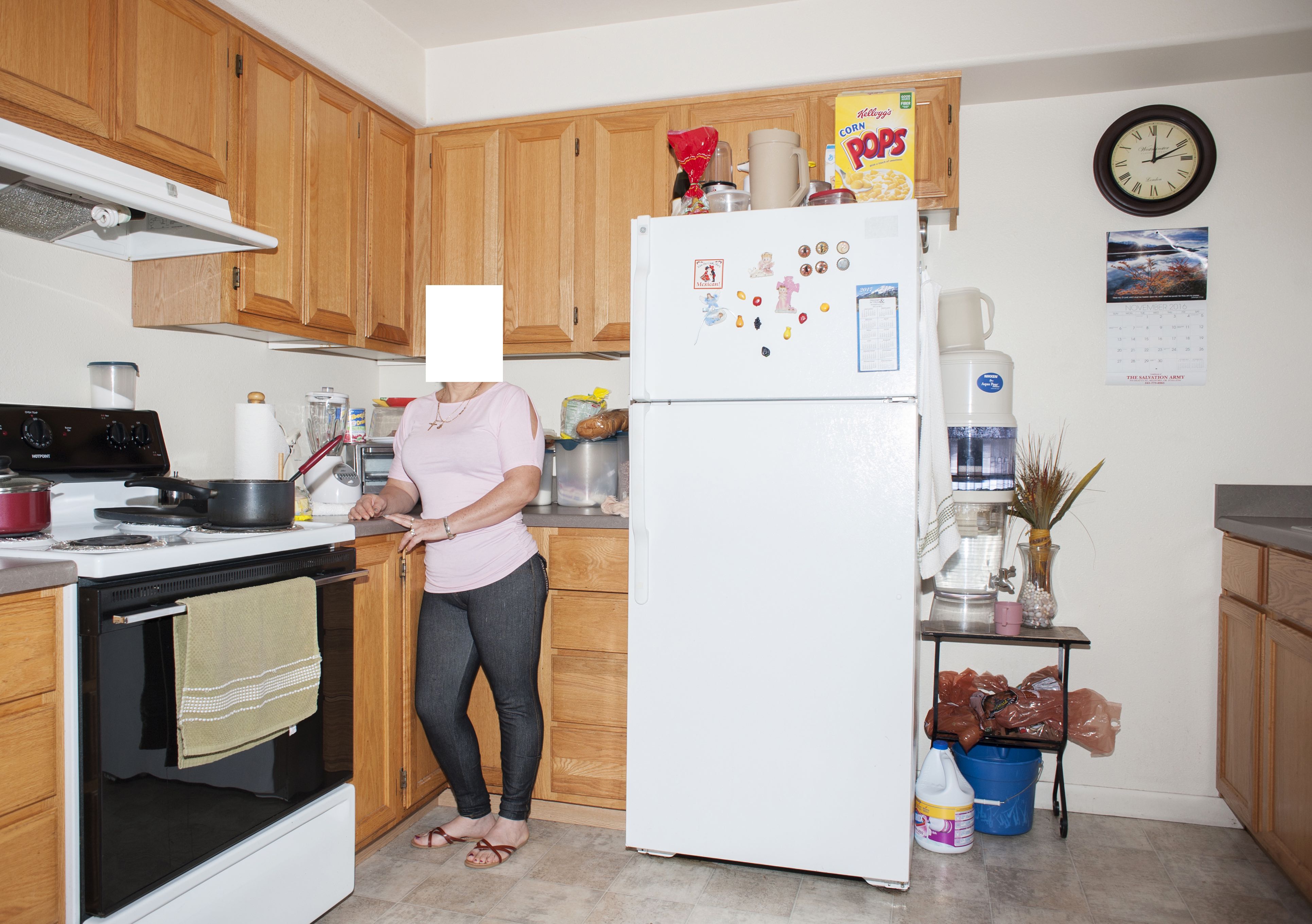 "I don’t really have a social life. I just go to work then rest. Since I cannot get a license, I only go out when it’s absolutely necessary." (Translated from Spanish) 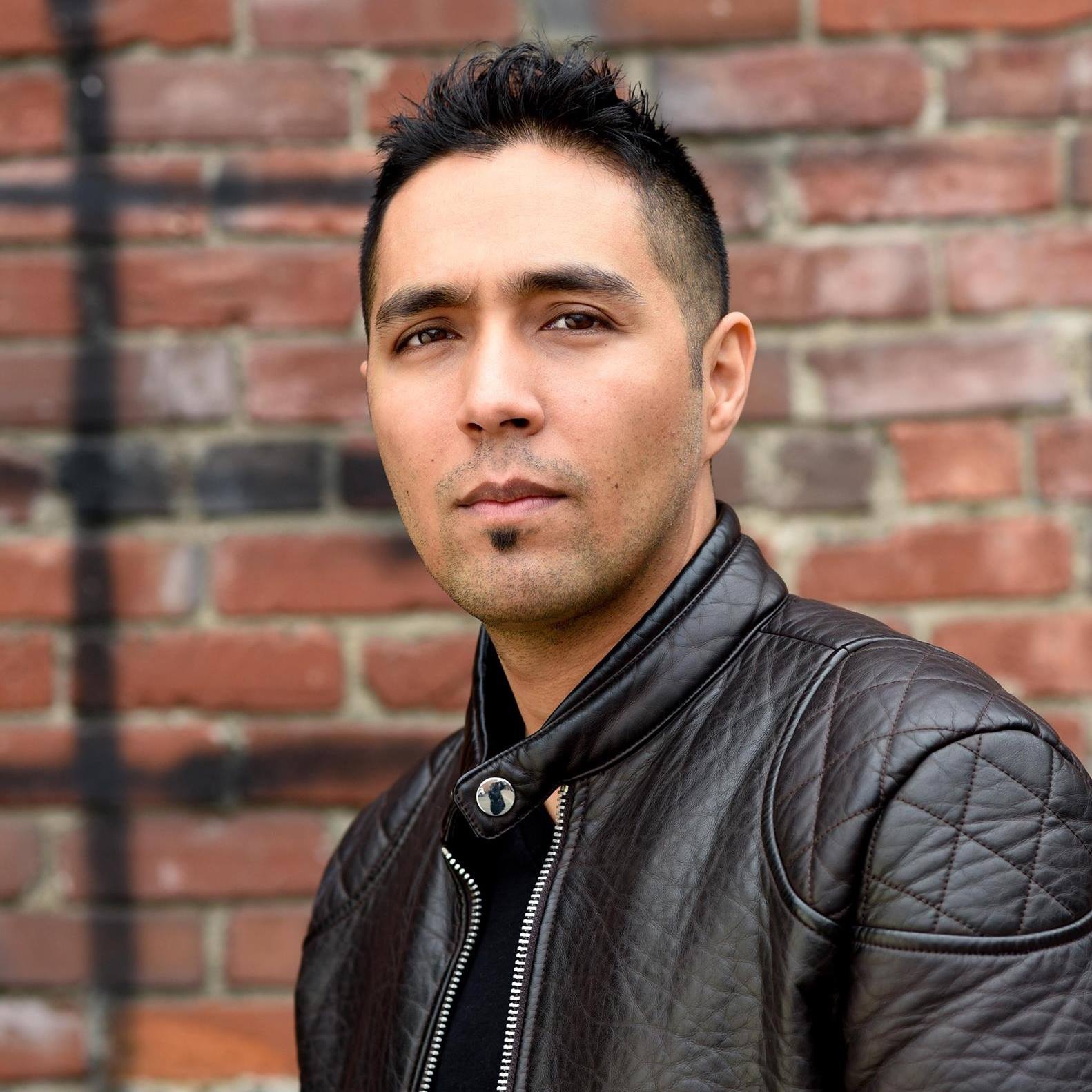 Luis Rodriguez is a native Oregonian, born and raised in the Rogue Valley. He owns LUI-G Films, which specializes in commercial video and narrative films. As a passionate filmmaker, he strives to deliver captivating stories through all media platforms.

Undocumented Oregonians are only as safe as the policies that protect them.