because some days I'm too scared to go and on other days I'm brave enough to stay. because every day I miss my friend Jeff who left here too soon and who shouldn't have left at all. because his parents and his sister. because of my parents and my sister and my brother. because I don't want my friends to ever feel they loved me in vain. because Cristin was terrified to say goodbye to me at the airport last week for fear that I would not have her to be around. because suicide is not simply the killing of one's self but the killing of those we love, every day, for the rest of their lives. because of biscuits and butter and record players and sweet tea and Stuart Little and Anne Why'd-You-Have-Go Sexton and Frank Why'd-You-Have-To-Go Stanford and because those who stayed, either by choice or because the universe said "nope."

because of my bicycle. because of beignets. of dusk. of the South in springtime in the evening. because the cicadas. because if I go, the possums win. because library cards y'all. and spades games. and warm showers after the ocean. because the ocean. and finding jeans in the thrift store that fit perfectly. because my heart deserves tomorrow. because cracking an egg into a bowl with no bits of shell in the yolk. stepping into freshly fallen snow. the first swim of summer. vermont. maine. because boiled crawfish. being the only person in a movie theater. a first kiss. a 51st kiss. a fifty second kiss. an hour long kiss. the scent they leave on your sweater. twizzlers. hot donuts after midnight. parks and rec. cilantro. mint on your fingers. pushing down on a piano key. the cold side of the pillow. making waffles. taco night. pizza crust. how many colors there are between green and blue. how flocks of birds change direction together, rippling like a flag. sharing a poem you love with someone you love. driving under the mountains. watching the refineries at night. finding a hand around yours. taking off clothes with a person who wants to take clothes off with you.

because bbq. because french fries.

because astronauts and Ray Bradbury and mars glowing red on the horizon. Leonard Cohen. Q-tip's voice. because there's still fight in me. because really really cold orange juice out of the fridge drunk out of the container. because my roomie said we could get rid of all the knives in the house if that's what we needed to do. because of that morning where I wanted to hurt myself and didn't. because of the nights where I wanted to do more than that and didn't. because of the day I found a small bravery somewhere to call mom to tell her I had started thinking of killing myself. because of the things she told me. because taking my shoes off at the end of the day. because how much my mother loves me and how much I loved Jeff. because the happy tongues of some dogs. because even though I won't see Trudy maybe ever again for so many days I did and she needed me too. because Audrey Hepburn's clavicles. because the word clavicle matching the grace of what it is. because sunrise leaking into my room. being warm against another person. their body curving with yours. because time alone is precious. a cup of coffee. pouring the cream in. chocolate croissants. Margaret Kilgallen. the forest. bands of awesome people talking into the night. how even after you leave the fire you still smell of the smoke and still hear the laughter of those you shared the flames with. because something is always on fire and something is always being put out and sometimes things on fire need to be put out and sometimes things on fire need to burn.

because I am better than my pain and bigger than my sorrow and more than what was abandoned. because I was loved once. and after I wasn't I was loved again. because even if I never was and never will be again, I know my love works and because I want it to work even better.

because I haven't finished writing my stories. because I have stories to tell. because I haven't seen Istanbul yet. because I've only been to Africa once and have never spent the night in Prague. because I have a nephew and he thinks I am the coolest person he knows. because I have a little brother who is bigger than me, I have big sister who is littler than me, I have a father I have not yet grown into. because too many of us still on some days believe how nothing we are. because Chris and because Cristin. because Shanny and Shappy and Robb and Rebecca and Shokufeh and Graupmann and Naysan. because Sarah Lynn and Windmill Bicycles. because Portland and my family there. because Allyson and Adam and people in Austin and my father's horribly gentle heart and my mother's terribly strong one. because I would hate if another person I love left me once again with the unbelievable grief & despair I have known in the wake of their unnecessary departure & I won't do that to someone I love. because I have to believe that on the other side of the door to this dark room that I find myself in these days more often than I don't, that there is the soft light I have known in this life waiting patiently for me to return to its embrace and it will wait as long as it needs to, just to see my safe return.

because there are many many tacos to be eaten y'all, and already I fear I do not have enough days in this lifetime to eat them all. so I gots to be here tomorrow.

Originally published as part of We'll See You Tomorrow, a campaign by To Write Love on Her Arms for National Suicide Prevention Week. 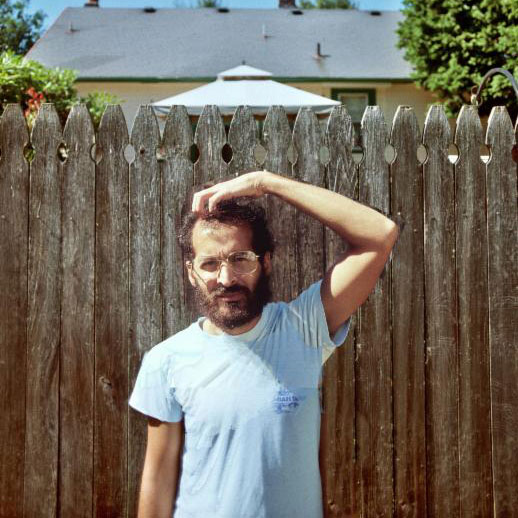 Anis Mojgani is the tenth Poet Laureate of Oregon. He is a two-time National Poetry Slam Champion, winner of the 2007 World Cup of Poetry Slam, and multiple-time TEDx speaker. He is the author of five books of poetry, and his work has appeared on HBO, NPR, and in the pages of such journals as Rattle, Platypus, Winter Tangerine, Forklift Ohio, and Bat City Review.

So, so, so beautiful. Thanks. I first heard cicadas in Greece. They were ubiquitous, and magical in their horrid screeching.

An illness, a recovery, and a couple's uncertain future. An essay by Margaret Malone