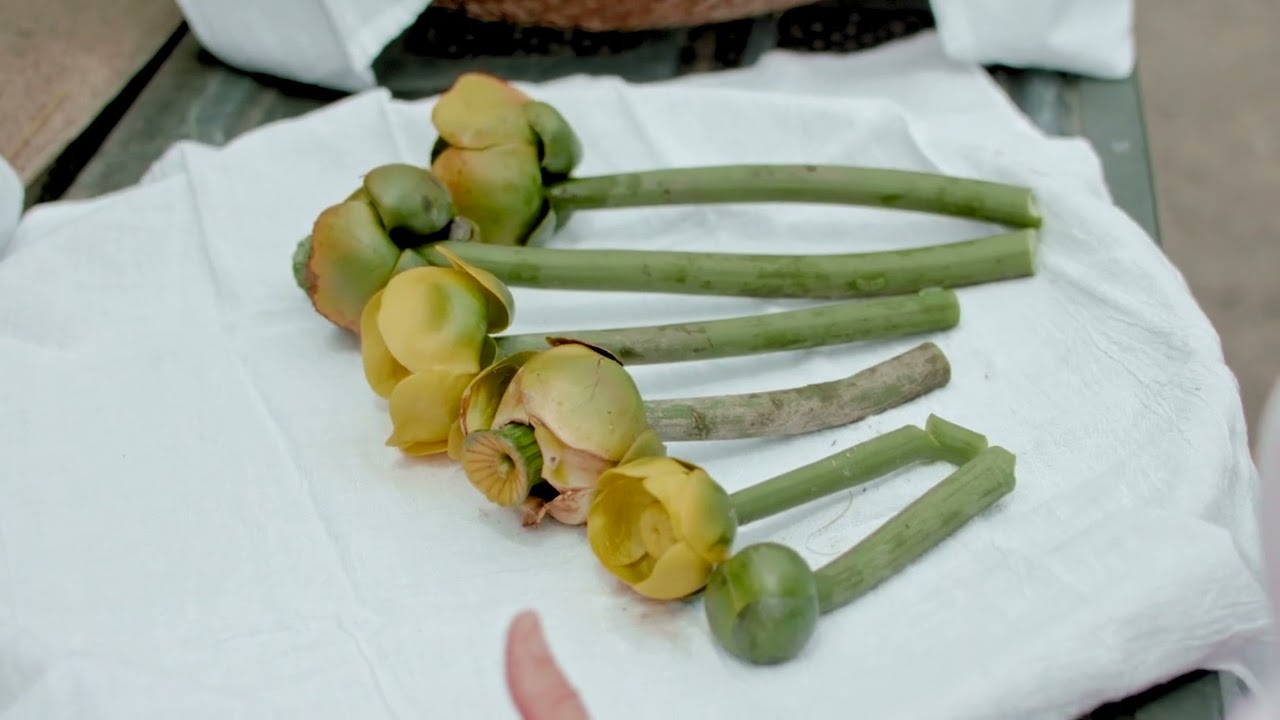 This issue of Beyond the Margins is a video by Ke-As Ne-Asht Sheshatko. In this video—the first in a series of stories about life in Oregon called Yamatala—the filmmaker follows a family on the Klamath Tribes' reservation during Woksemi, or Wokas harvest season. Wokas is also known as great yellow pond-lily or Nuphar polysepala.

Ke-As Ne-Asht Sheshatko (Thus named Red-Tailed Hawk) is an enrolled member of the Klamath Tribes (Modoc, Hupa) born on the Warm Springs Reservation in Central Oregon. He writes, "In my substance use recovery, I began filmmaking as a creative outlet and it deepened into a spiritual need. My filmmaking work now focuses on unrepresented voices. I work with Open Signal community media arts center in Portland and have partnered with Regional Arts and Culture Council and Oregon Humanities."

Filipinx-American Adrienne Hatkin is a songwriter and multi-instrumentalist who has been performing since 1999 and who has written and recorded 7 albums to date. Her recent accomplishments include composing the theme song for "Yamatala-Woksemi," writing the intro music for Portland Nursery’s Growing Green Thumbs podcast, having a song included on this year’s PDX Pop Now! Compilation, and scoring the 2021 short film "Blue Dot" for local theater Hand2Mouth. She has several releases and a European tour planned for 2023.