The Rebirth of Wonder

Poetry, mortality, and the love you don't see coming 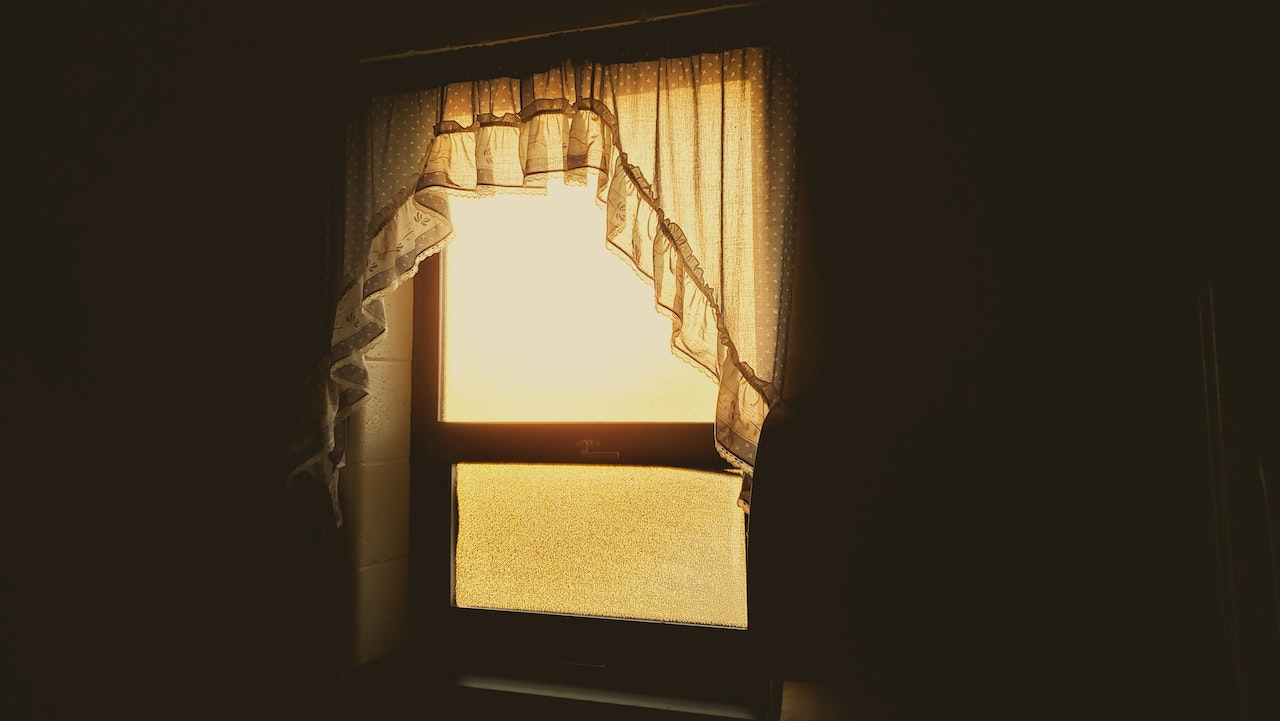 To understand him better, I looked up Lawrence Ferlinghetti, the poet who turned him into a poet when he found a volume in a break room, picked it up, and had his mind blown. It was the late 1960s, just before I came into being.

Here he was, fresh off too-young military service—disillusioned by the secret war he’d waged as a radar operator on the Mekong River. Poetry was an outlet for his raw honesty and rage. He needed such an outlet. Like Ferlinghetti, he was awaiting a rebirth of wonder.

He still is, in fact. Though at times he finds it with me. That is evident when he shakes his head as we kiss and whispers, “Amazing,” “Unbelievable.” In those moments, the cracks in his crusty curmudgeon persona are so deep he finds himself unrecognizable. He’s a man who cusses a blue streak across the farmyard when a pig tips over a feed trough or the rescue geese fly the too-short walls of their coop, but his anger blasts vanish quick as backfire. He gathers windfall apples to delight those same pigs and surrenders half the bed to avoid disturbing a cat curled into his knee. He has no patience for romantic comedies but turns to sap over puppy videos.

Our laughter, our tenderness, we disperse. Recently, at the grocery store, I offered him hand sanitizer at the checkout, our new pandemic routine. He held up his time-worn hands and I slathered them, as he looked helplessly through his round wire-framed glasses at the woman checking us out. To her apparent surprise and amusement, he cocked his head and said, “It’s a sex thing.” Sometimes I’ll recall such an impression of him from earlier in the day, or the aquamarine of his eyes, the smell of his long white curls, the gravelly moan he makes when he holds me. These moments stoke illusions of permanence as I replay them; they are tight impressions I can remember when he is gone and I need something to accompany the haunting shadows of him still with me. I’m convinced he still will be with me somehow—even if he doesn’t believe in such things. My list of fears is long. I fear he will fall off a ladder, trip in the pigpen and be eaten alive by enormous sows, break his hip with a misplaced step in a molehill out in the back field. I seem to avoid more likely concerns: cancer, heart failure, dementia.

In our early dating days I coveted the younger man, jealous of the women who knew him with so much life to spare. I feared I had arrived too late, missed a beat—that my romantic timing, as usual, was off. It’s not that I wanted to swap him for a twentysomething; I wanted the seventy-seven-year-old I knew but with seemingly endless years. That was until I admitted he hadn’t been who he is now when he was young. Late-in-life suffering has softened him and made him exquisitely loving—as has mortality, an ever-present partner in our union. I for one did not see him coming. I was busy looking for things other than romance. We both were. Who strikes gold without trying? We are so fortunate. We are so lucky. These are words we say.

At times, I read his own poems and fall deeper in love with each line.

Our houses slide off crumbling hillsides,
eaten by the sea.
All this movement carrying us
back to lives of water where only yesterday we came
from, dripping God from our loins.
Not to be confused
with our also rising in perfect starlight, steep-turning angels
sometimes. Or as in the glint of flying fish. Their impulse
for racing above calm or turbulent waters with
a message we can only wish to understand, unravel
through thinking. Breathing in salt-flecked wonder,
entering those fleeing forms of being or becoming.*

His poetry uncovers the deeper goings-on, the day-by-day unexpressed, the longing and loneliness of so many past years. Each time I read his words, I want to gather him up more tightly and not let him go.

We stumbled upon each other and fell in love less than a year before COVID-19. I marvel at the timing, at how isolated we would have been had our love not transpired: each of us living alone with our high-risk factors (his, age; mine, chronic illness) in our separate houses, both far out in the country, bereft of human companionship and touch. In many ways he was not doing well when we met, long before COVID-19; he was drowning the too-quiet evening hours in selective addictions and willfully losing count of glasses filled at the wine box. But now here we are. Both of us healthy and whole, evolving in the presence of one another, the introduced reactant. We are so fortunate. We are so lucky. In times of hardship, many people ask: Why me? But we forget to ask the same in good fortune. Why me? Why now? I had resigned myself to singleness in perpetuity, as had he. Why me? That question, of course, has no answer. But asking it does have an effect: in this case, gratitude.

Until recently, I believed I would never again be in a long-term relationship. I had not experienced a relationship with mutuality: mutual commitment, mutual self-giving, true compatibility. It is enough to make one affirm the proverbial risk of saying never. Yet I can say never with relative certainty about many things. I will never raise a puppy. I will never run for political office. I will never bungee jump.

“Thank you for bringing me back to life,” I told him recently after recalling my quixotic resolve toward celibacy in the few years before meeting him. Both of us laughed at the impracticality of this in light of my inborn, voluminous sensuality. But in the past, love had hurt too much; intimacy had been so costly that I assumed I’d forego the dangers forever. His resignation to long loneliness was more a resignation to age and life circumstances: Who finds love after seventy-five? Yet the other day, I walked the hayfield’s edge on my daily trek, imagining how it will feel without him to return to—in the ghost-lit kitchen, pulling salad fixings from the crisper out of habit; in his loft, avoiding sticky-note admonitions and poems unwritten. I imagined him no longer there in the farmhouse awaiting me, my refuge. Familiar as I am with the quicksand of grief, I imagine all too well his sudden absence—the way I will train my breathing to keep going; the way I will turn to sensual beauty and art and paltry pleasures like a survivor. Unlike him, I do not avoid; I count the cost. “Thank you for bringing me back to life,” he tells me in reply.

It is easy to die before we die—not in a noble Buddhist sense, but by running from all that is most vital in us. Because to love is to lose, to aspire is to fail. As he and I awaited rebirth, we were unaware, telling ourselves it was too late for us—yet with hearts so full, so open, it took only a nudge when the time unexpectedly came, and the rebirth of wonder arrived.

1 Lawrence Ferlinghetti, “I Am Waiting” 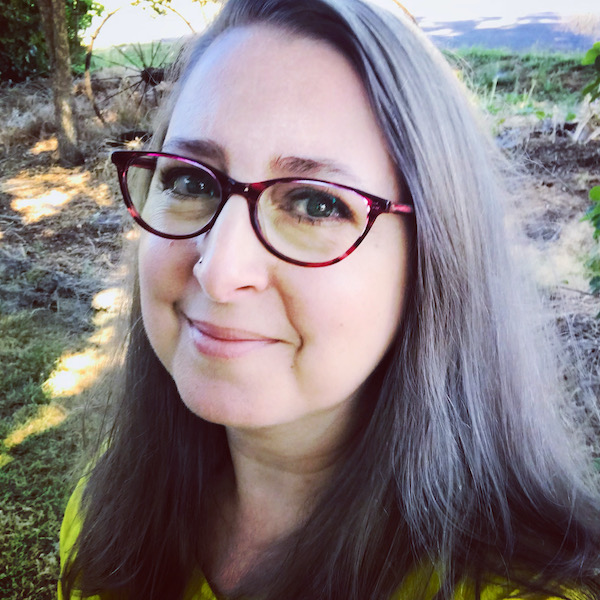 Tricia Gates Brown works as a writer and editor in the Willamette Valley and is training to do spiritual care (chaplaincy). Her essays have appeared in Portland Magazine, Rathalla Review, and Geez Magazine. Of Tricia, the late Brian Doyle wrote: “An honest, piercing, blunt, lyrical, remarkable writer about the endless chambers of joy and pain in the heart.” She is the author of the debut novel, Wren (Frederick Press, 2018). You can subscribe to her newsletter at religionmatters.substack.com.