Talking about Wages and Pay Equity

A conversation with Samantha Bakall on how sharing how much we make can further equality in the workplace. 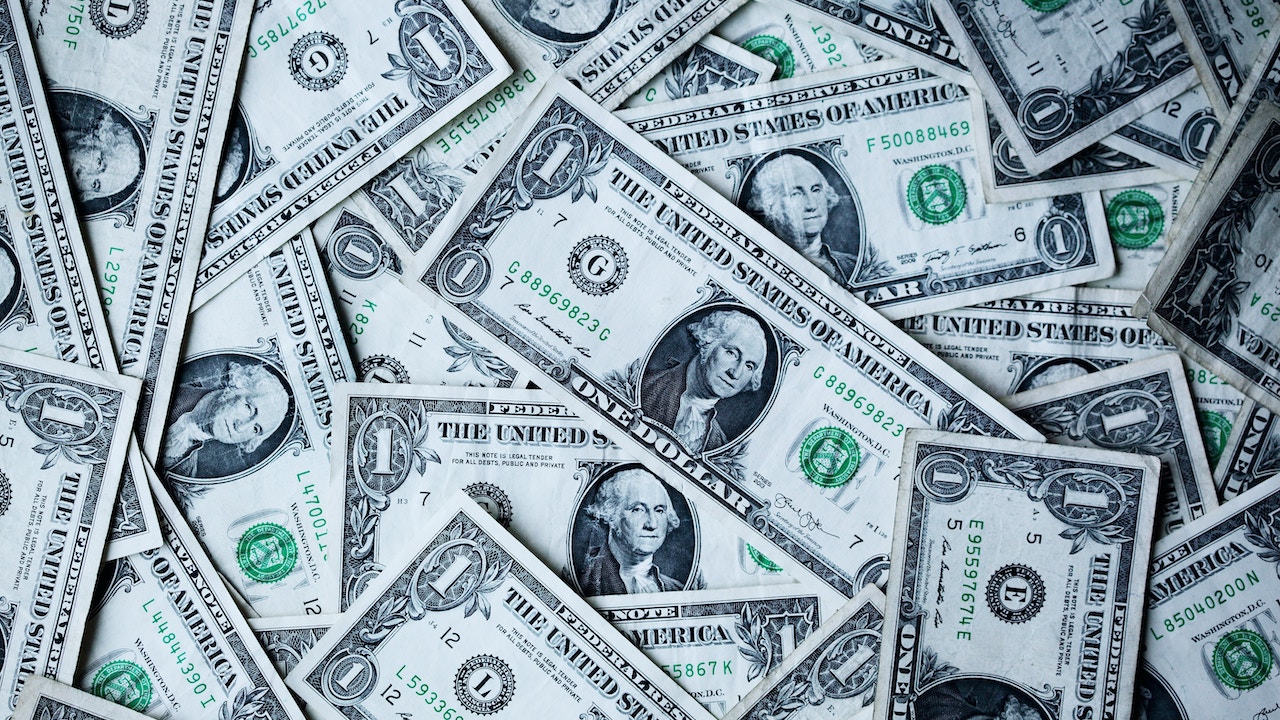 Samantha Bakall is a freelance journalist and photographer specializing in diversity-based food issues. A Chinese American native of Chicago, she currently lives in Portland. For Oregon Humanities, she’s written about an urban farm in North Portland and an experimental program to build affordable housing in Portland backyards. We asked her what people don’t talk about when it comes to work and money. Here’s what she had to say.

Oregon Humanities: What aren’t we talking about that we should be?

Samantha Bakall: One thing that people don't talk about enough is how much money people actually make. Maybe this is something that only exists in the realms of journalism or between younger journalists, but across the board, I believe income equality is vital. One of the only ways employees can advocate for equal pay is if they know what their coworkers are making and, even better, what their competition is making. Many people are unwilling to talk about their salaries. That secrecy only hurts other people in their field, especially people of color and women and those hoping to enter it. If salaries are guarded information, it's impossible to ascertain whether you're being fully valued or taken advantage of due to circumstance, appearance, or otherwise. Or whether your employer is undervaluing its employees, writ large.

Journalism is an overabundantly white, male-dominated field. It's also a field that's unfortunately struggling to survive. Yet the income inequality across a single newsroom can be mind-boggling. There will naturally be a scale when it comes to salaries, but a disparity of more than $50,000 between similar positions can be frustrating and infuriating when the lower salary is barely enough to survive on in many cities. Being aware of and transparent with what your coworkers are making then becomes a way to not only negotiate for fair pay amongst your peers, but a way to avoid discrimination.

What drives the secrecy people keep around pay? Why is this one area that coworkers and even close friends are so hesitant to talk about?

I think historically it's been taboo to talk about how much money you make, whether that's out of not wanting to boast or make others uncomfortable, feeling inadequate in mixed company, or potentially causing emotional harm when it comes to worth. I remember being young and asking my parents how much they made and them refusing to tell me. Even now, with some friends who are older, I've inquired and they've only alluded to how much money they make (I suspect this might've been because of not wanting to boast). Generally, I think money is an uncomfortable issue. We all need it, we all want more of it, and most of us don't ever get as much as we want. We all dream of winning the lottery and making our dreams come true, but very few people ever do.

That taboo I think still very much exists with coworkers of an older demographic, and, in some cases, has been passed down to the younger generation as well. I find that when I ask coworkers closer in age to me (again, within the realm of journalism, mostly, and also more people of color), they are more willing to discuss wages simply because our industry writ large underpays those employed by it. That shared feeling of fear and sense of worth, potentially based on our age or ethnic identity, is a big driver, at least for me, when it comes to demanding fair pay. And, of course, we live in a city that has only continued to get more and more expensive, yet cost-of-living raises in the industry were done away with years ago. How can we be expected to keep coming to work every day positive and ready to go when we can't even pay our bills?

Talking about pay disparity in newsrooms has me thinking of the Los Angeles Times Guild’s reporting on pay gaps at that newspaper. You said disparities can be infuriating. Can talking about pay help build solidarity among workers?

I mean, I think it certainly builds ire in some cases, but I do think it helps build solidarity to a point, typically among those who are making a similar amount. On some level it feels like you aren't the only person struggling through a situation—like how expensive the cost of living is in Portland, for example—and with more people in a similar situation, it does increase your collective bargaining power if more people are continually asking for a raise. And, of course, actual collective bargaining power if unionizing is an option.

How about when it isn’t an option? As journalism and many other industries are becoming more reliant on precarious contract labor, does sharing how much we make become even more important?

Oh my gosh, yes. I think it's become especially important now that so much of journalism has shifted over to the gig economy. You're seeing so many publications offering absolutely miserable rates to writers who are also accepting them in kind because those well-paid jobs are so, so rare. It's a real Catch-22. I've seen rates as low as $25 for a 500-word blog post or story. That is insane! Because if you do the math on that, just taxes alone only leaves you with $17.50. Maybe you're super quick and can bang something out in an hour, but more likely there's research or phone calls involved which means you're working for $8.75/hour at best. That is, point blank, an unlivable wage in Portland. But people are also taking that work--which essentially condones the poor payment of freelancers or those working on a contract basis--because often they're the only jobs that will respond or that newer freelancers have access to.

I've heard a lot of rumblings lately about creating freelancer unions because the pay disparity is enormous. There are publications in Portland I refuse to write for because I won't do work for less than a certain amount of money. And I only know that because people have shared those rates with me. Some of that is not the fault of the publication, but also there are other ways to allocate funding for writers for whom you are literally not paying any other expenses for. It's especially important for freelancers who are hoping to grow their portfolios. How could you ever know which publications or outlets to pitch if you didn't know how much people paid per article or word? And again, sharing rates publicly also helps minimize any potential devaluation of your labor by your employer based on your sex, gender, or orientation.

This brings up so much—problems with unpaid internships, job listings without salary ranges, gig workers having to cover costs that used to fall to employers—but let’s stick to pay inequality. If someone reading this wants to take a step toward transparency in their workplace or industry, what should they do? How would you start the conversation?

I think the best way to start this conversation in a workplace or industry would be to seek out others who have similar feelings because you are not alone. Almost all of my experience lies in the journalism/freelance writing world, so I'm unfamiliar with issues in other industries. But, generally speaking, find those who share or might share similar feelings with pay inequity and flesh out the solutions you'd hope for from your boss/workplace/industry. And this can be a tricky situation because this really walks the line of collective bargaining, which may or may not be supported in your workplace (and this path is also mostly geared towards those working within traditional hierarchical workplace structures). But once you've established what solutions you'd like to see, clearly and concisely write up the solutions or complaints your group has formed and collect signatures from coworkers.

This might be a hyper traditional route, but presenting clear and concise objectives and/or complaints with group support to a supervisor, whether they're amenable to these discussions or not, shows that not only are you and your coworkers serious about the issue, but that the issue itself is worth taking time to consider if so many people share these beliefs. From there, maybe a committee is formed to tackle/solve issues, or maybe the objectives/complaints are discussed more in-depth with higher-ups or who knows. But that first step is really important and a little scary. 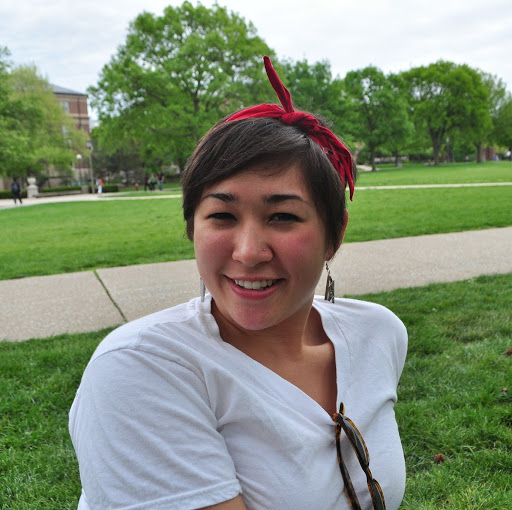 Samantha Bakall is a Chinese American freelance journalist and photographer specializing in diversity-based food issues. She currently calls Portland home. Her work has appeared in the Oregonian, where she was the food and dining writer for more than four years, the San Francisco Chronicle, The Takeout, The Pulitzer Prizes, Travel Oregon, Portland Monthly, and more.

Samantha Bakall writes about how Mudbone Grown, an urban farm in North Portland, offers celebration and community in the face of Oregon's white-dominated agriculture industry.

A conversation with writer Emilly Prado about freelance work, self-employment, and how our systems not always support workers in informal economies.

A conversation with Jason Arias on the importance of talking more about retirement in our communities.