Connecting to family history as it turns from memory into myth 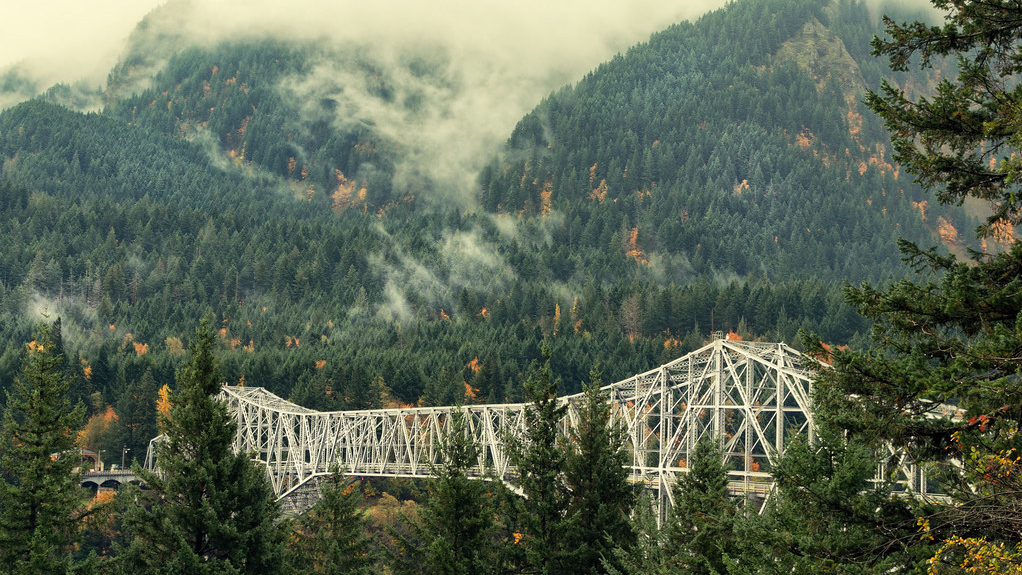 Geologists tell a story: around 1200 CE, a landslide dumped soil and boulders and trees into the Columbia River. The river broke through. Rapids formed.

There’s another familiar version. As recounted in Ella E. Clark’s Indian Legends of the Pacific Northwest, two brothers once lived on opposite banks of the Big River. A bridge, built by the Great Spirit, connected the shores. It stood as a symbol of peace. But when the brothers began to quarrel over a beautiful young woman, the Great Spirit destroyed the bridge and turned the brothers into mountains. The young woman, too. The rubble from the bridge—the soil and trees and boulders—blocked the river. But then the water broke through, and the rapids formed.

Centuries later, Meriwether Lewis and William Clark marked the rapids, now called the Cascades, in ink on a map. People settled near them because the fishing was good. So much was good near the rapids: not just the fishing, but the timber and the fruit and, eventually, the work. Gold and silver and sides of beef passed through from mines and ranches to the east. There were steamships and train tracks, and, later, truckers and hikers, windsurfing sails and barrels of wine. It was a valuable, resourced place. A beautiful place: mist off waterfalls, cliffs thick with trees, the river running. And those peaks, observing everything.

Almost a millennium after the landslide, my family drives to the site of the legend, past trees sugared with snow and a river so cold it’s a wonder that it’s not ice. We’re on our way to say goodbye. One of my grandfather’s sisters has died, and we’re bringing her ashes back home.

The siblings—my grandfather, the youngest; an older sister; a middle sister—grew up in Cascade Locks, a town named for the pins and springs that allowed steamships to navigate the rapids. The three of them were born by the time another dam, Bonneville, had submerged the earlier locks and made them obsolete, and by the time a new steel bridge, Bridge of the Gods, stood in place of the Great Spirit’s construction. The siblings were born into a lineage. Not only had Lewis mapped the rapids but according to records, he was our relation—a cousin connected by shaky lines of ink.

The siblings were born in the midst of history and also born entirely independent, entirely of their era. The youngest brother, my grandfather, watched for wildfires from a tall tower. His middle sister made milkshakes at a burger restaurant. His eldest sister married a boy from her high school. He helped to pour the hot tar that made the highway. The youngest brother got married. The middle sister got married. They all had children. Those children had children.

My grandfather spent his life less than an hour’s drive from Cascade Locks. He may have been the youngest, but I knew him only as old. He had a shock of white hair and a gruff voice and carried crumbled money in his pockets. He fed cracked corn to ducks and made blueberry pancakes on camping trips and did cannonballs into pools. He smelled like smoke, and caught big fish. He gave us snacks from his car and rides on a four wheeler smelling of gasoline. I loved him, entirely. But I didn’t think much about where he’d come from, or who he’d been before I was born. As a child, you think only of who people are to you: Not who they are to others, or to themselves.

That changed when I got older, and my grandfather was dying. He’d had a dream, he told my mother, and in that dream, he was back in Cascade Locks. He was standing in line. He was waiting to die.

When my mother relayed the dream to me over the phone, I imagined what my grandfather had seen and heard. Water roaring over rock and cars roaring over the scenic highway and trains roaring over the tracks and evergreens roaring in the wind. Not a cloud in the sky. The Bridge of the Gods, catching the light. In the dream, my grandfather takes deep, clean breaths. He submits himself to the sound of the falls, Multnomah or Bridal Veil or Punch Bowl. He has dreamed himself just passing through, like all of the ships and freight and vans full of hikers—but going somewhere much further away. He has intuited the enchantment of a place that can make warring brothers and their beloved into regal mountains and make a tired body into something new.

Before she died, my grandfather’s sister had suffered a long bout of forgetting. Though she remembered it for a long time, she eventually lost the name Cascade Locks, and most likely everything we drive by now: the small post office, the fishmonger, the pavilion that sold biscuits with blackberries and Cool Whip, the names of the streets. Perhaps the place existed in her, somewhere—but if she had dreams, we didn’t hear about them. She was confused. Then she was quiet.

The big sister is still alive. But now she’s also losing her memory. I worry that this too, this forgetting, is my other inheritance.

Recounting family history can feel self-interested, even selfish. Maybe we’re only obsessed with genealogy because we want to know where we ourselves came from—to marvel at all the people who had to exist in order to bring us into being. We spot our traits and tendencies in others, forgetting all the ways in which they were different from us. We find historical data and geological phenomena—the map, the highway—and make them make sense for us. It’s all too subjective. Too relevant to ourselves.

Maybe it’s exploitative, writing about a place you’ve never lived, never really known. Foolish to make connections between those trees and those waterfalls and someone else’s dreams and who you yourself have become.

But how can we help it, when we miss them—when we want what they knew? The summer after my grandfather died, a terrible fire burned in the Gorge. Timber turned to ash. Cascade Locks evacuated. The burn map bled red, up into the mountains. Later, it was filled in with more details: exact temperatures, the extent of damage, and the possibility of growth.

It’s not right to say that the land was grieving. It’s not right to say it missed my grandfather, too. The blaze was started by a careless firework. This was no act of self-immolation. And yet, that’s what it felt like. Driving by on a winter’s afternoon, we can still see the blackened trees, skeletons on the ridge line.

When we arrive at the shore, my cousins place their mother’s ashes into the water. Sun casts our shadows on the sand, my family lined out on the banks. We crane our necks to look at the mountains and the metal and the water, flinty and fluid. We see the burned trees, black against the cerulean sky.

Afterward, we go to the restaurant where the middle sister used to make milkshakes. We eat hamburgers and onion rings. I can see the Bridge of the Gods from the window. And I can see the cold—it’s visible, something blue in the air.

I wonder: How did this kind of wind feel on her skin? How many times did she dip her feet in that water? Did the siblings roast marshmallows? Where did they scrape their knees? Did my grandfather love to fish because he grew up near the river? Did the middle sister practice her kindness here, behind the counter? And the older sister, her curiosity, in the halls of that high school? What did they know about the locks and the dams and the ships and the legend? Did they make sense of their lives from this history, or not?

I worry about forgetting—about our amnesiac blood, Captain Lewis’s or otherwise. But how can we forget what we don’t even know? I make up stories about my grandfather and his sisters because it helps me feel closer to them. But really, I knew them only at the end of their lives, when I was just a girl.

After the ashes were scattered, a Union Pacific train streaked across the tracks, carrying goods somewhere. Not timber or fish or fruit. Walmart packages. We stayed on the beach, waiting for it to pass. Just like the wildfire, the train seemed like a sign. But we couldn’t be sure.

We do know, said my mother, that the siblings’ home had been within earshot of the rattling tracks. The sound of the whistle off the cliffs may have mattered to them as they drifted to sleep in beds made up with clean sheets, tired from childhood, oblivious to what was ahead. Today, it stands to reason, they might have sent the train to greet us—employed it as another symbol of passing on, of progression.

Thankfully, there’s no need for a complete remembering. None of the family that’s left can provide one anyway. We’re too young. Too fallible. I was incurious when they were alive and talking, the sister and the sister and the brother. I was forgetful of what they did tell us, already. They were too separate, by no fault of their own: all of us only ever carrying our own interiorities, our quietest dreams and earliest impressions. We can only imagine theirs.

Though it must be true—mustn't it?—that they at least looked at the Bridge of the Gods, glimmering now in the twilight, and dreamed or grew dazed and delighted. This, I feel, must be fact, not fiction. Three people I’ve loved looked at this bridge, just as people before them looked at other iterations, the one a father made out of desperate love.

Yes, they might have played down below on the banks. They just might have! Picnics and bickering and stars. Or maybe it meant nothing to them. Just another spot. We set that aside and have it mean something to us.

Thank goodness for the water and the mud and the trees. The sprouts, the new seeds, germinating into life. The steel and the highway and the underwater locks. And the mountains, still staring at each other, making peace. They know who walked here, and when, and how it felt, and what it meant. 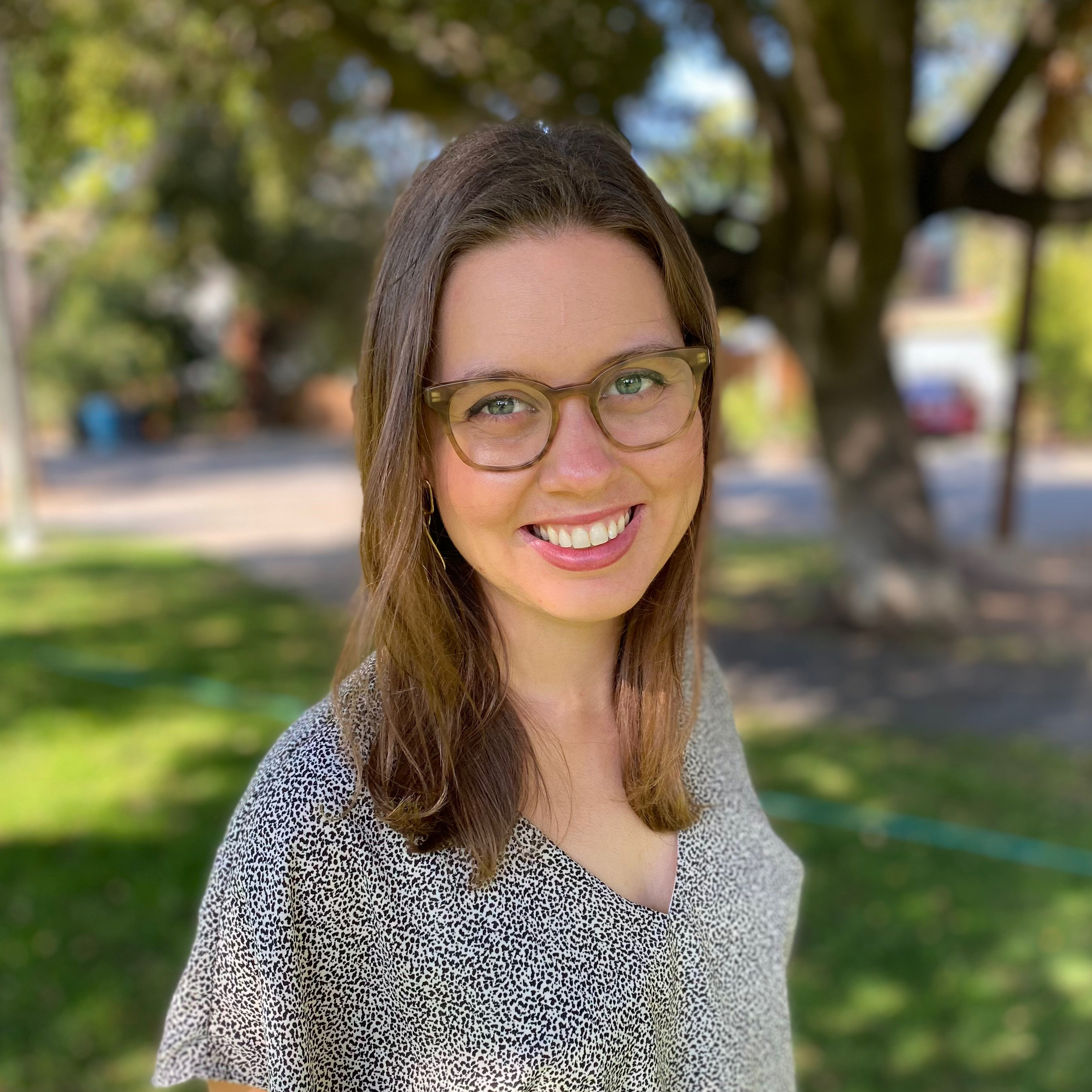 Kate Lucky is a writer, editor, and Oregonian who lives (for now) in California. Her work appears in The New Republic, The Point, Slate, Commonweal, and elsewhere.

LO💙E this walk down memory lane and tribute of the Embree Fam and Cascade Locks 🍦🌲🌊🌬⛵️. Thank you Kate.

Loved reading this Kate. You paint a great picture of Cascade Locks and its impact on the 3 of them, and all of us over the years.

Kate, this is a beautiful tribute to our family! ❤️ The siblings would’ve loved this.

Enjoyed your story very much. Brought me back to things that were very different then they are today. Good writing.

Diane Choplin on the messy business of birthing lambs and the more complicated work of raising children.

An archivist reflects on navigating loss and collecting histories.

Josephine Cooper writes about finding her way back to the dance floor later in life.