Who Gets to Fight Climate Change? 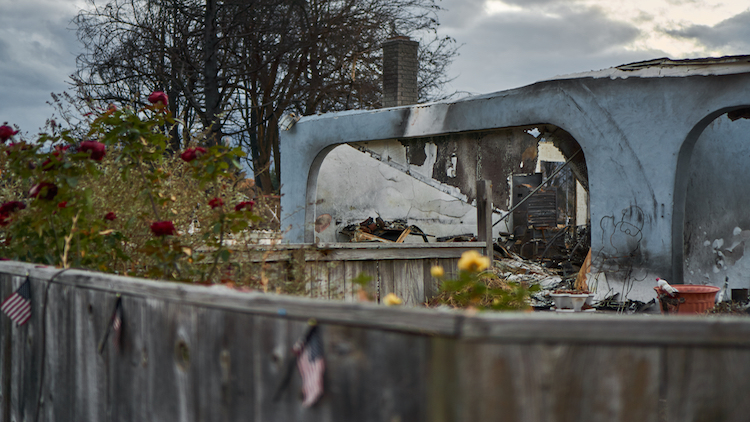 I grew up hearing Kurt Schrader’s name. Schrader is the US Representative for Oregon's 5th Congressional District, covering the area from Salem to Newport. When I graduated from high school and left the district behind, I didn’t think of him again for over ten years, until one day I was sitting on my childhood bed calling his office in Washington, DC. I had a few notes on what I would say: who I am, where I live, and why I care about a bill for a price on carbon. I wanted my message to be just right, down to every pause between sentences. But when the dial ended and a human voice answered, I hung up. I’ll leave a message after hours, I decided.

Most days, my news feed is post after post of teenagers and twenty-somethings with bullhorns in hand. They are marching in Portland and Seattle. In the aftermath of last summer’s Black Lives Matter protests, they are centering Black voices, Indigenous voices, minority voices, nonbinary voices, women’s voices. They are protesting inside the institutions of our country and outside the homes of the powerful. It is a swell that is growing for the right reasons, a push toward the transformed and just society that this generation is working to realize. But as the national conversation on climate change builds, I can’t help but wonder whether I’m ready to join the rising tide.

I volunteered at various places growing up: the local elementary school, the public library. I never felt very connected to the town I grew up in, but I wanted to. I wanted to be a part of something that felt meaningful to me and to make more concrete the abstract but very real issues that I read about in newspaper headlines, only to wonder why no one I knew was talking about them. So when I found out my friend Dylan was lobbying up and down the ladders of government for climate change legislation, I was intrigued.

With his fellow volunteers, Dylan makes real the issues that I care about but have never known how to act on. As a middle-class White man, an urgency propels him forward, while I feel myself barely knocking on every door before entering. As a young Asian American woman, there are many doors that feel shut to me. Doors that my parents couldn’t help me open because they were finding their own way in a new country and language. Doors I couldn’t imagine opening myself because I never saw someone who looked like me do it. My parents were a part of a generation of Asian American immigrants who worked long hours in kitchens and bars and who urged their children to find a safe job, to respect those above them, and not to disrupt the status quo. How could we—who entered this country through immigration quotas only to live outside of the dominant culture—ask for more?

It’s this mindset that pulls me in two different directions. I’m torn between the traditional Chinese value of collectivism and the American emphasis on individuality. I’m not sure where I stand. But as I scroll through petitions, donation campaigns, and protest dates, I do know that the second generation knows more than the first. The Vietnamese American author Ocean Vuong explains that, for many immigrants, to make it to the United States at all is a privilege. The victory of navigating a road winding through years of green cards, citizenship tests, and systemic barriers for a country built for White people. Vuong explains that the great paradox for the second generation is that they want to be seen. While our parents kept their heads down and worked, we seek something more.

From donating to volunteering to educating myself, I’m figuring out what my more is. In the wake of the Atlanta shooting and the surging racism exposed by the COVID-19 pandemic, the Asian American Pacific Islander community is speaking up. Sometimes in fear and rage, like when my siblings and I accompany my father to his medical appointments and think about our own self-defense. Other times in defiance of the narrative we were born into.

Dylan and his volunteer lobby group make calls with Southern Oregon representatives and businesses. They are urging for a price on carbon to curb national greenhouse gas emissions and reach net zero by 2050. He has a bold character and strikes up conversations with anyone he comes across. While I learn more about the challenges of passing federal climate change legislation, his work still feels far away to me. It's as if we are talking about another country—not the ground beneath our feet, the shoreline we both love, or the forests we both find solace within. I ask him whether he’s nervous cold calling strangers, making an ask, speaking on a controversial topic.

These are the things I’m worried about: taking up space, not being an expert, opening a door when I do not know whether I will be welcomed by the person on the other side. But I do not have the same story as my parents. I have more power and, as a result, more responsibility. I’m beginning in my own way, however small, by leaving voice messages for congressional representatives—and by purposefully shaping my news feed, conversations, and time to prepare for something that will ultimately burn at the edges of all of us, whether or not we’re ready to do something about it.

JL Jiang is a freelance writer telling stories about the inner and outer lives of herself and others. She is based in Oregon and, when not writing, has spent over eight years supporting global development and environmental projects around the world. She has an engineering degree from Oregon State University, is perpetually learning Mandarin (and French!), and is developing as a facilitator and photographer. She grew up in Keizer, Oregon, where the kitchen was loud and the neighborhood was quiet.

Thank you for your essay, JL Jiang. We all need to hear your voice, your perspective and your message. We cannot move forward unless we are all working together and aware and respectful of all Oregonians. I hope you keep writing and speaking out, LB

I love how this is written! The struggles of being fortunate to be here but the hunger for more because we know that if this is the land of opportunity then those doors need to be open. Please continue to write more on this front! These are topics that need to be talked about so that we can continue to learn more about how different groups of people come into contact with things like advocacy, health, environmental issues, the lens of disparity and inequity!