The Almeda Fire devastated my community. We can make future fires less destructive. 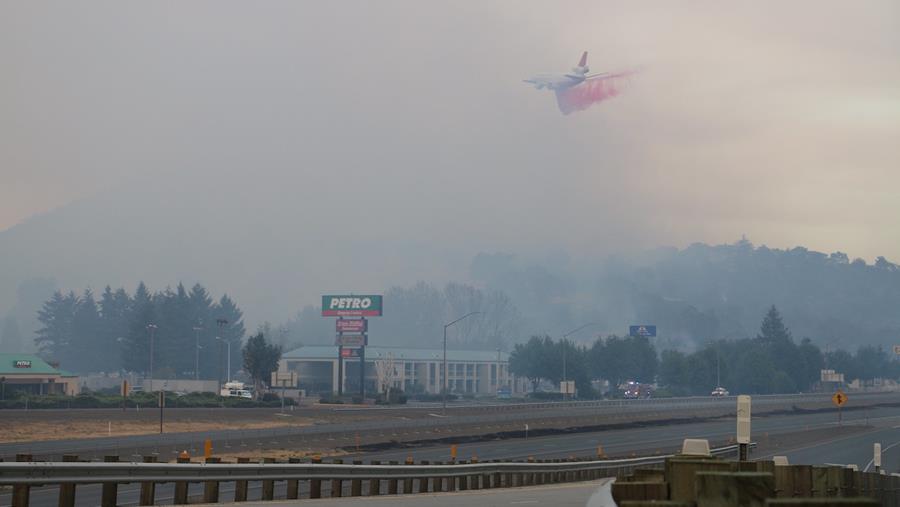 On September 8, 2020, I woke up at six in the morning and hopped in the shower, trying not to wake up my sleeping family. I laced up my Jordans, put on a pair of old, ripped-up black jeans that I knew my boss would mock me for, saying I looked like I got mauled by a bear. I slipped on my headphones and put on my playlist—mostly just the latest albums from A Boogie wit da Hoodie and City Morgue—and set off on my bike from Talent to the Southern Oregon University campus for work, like I did every other Tuesday that summer.

The ride was about six miles, following Highway 99 past the hot springs and through the city outskirts and downtown before arriving at the campus. That morning there was an unusually strong wind that kept switching back and forth, causing the ride to seesaw between very easy and extremely difficult. It was not a busy day at my student job. When my lunch break arrived, I rode downtown for some sushi from Umami, my favorite spot that was still open during the pandemic.

When I arrived back from lunch, I dropped by the help desk, where my friend Grace was working. The moment I walked up I was stopped by a university employee, who asked, "Do either of you live in Talent or near Talent?"

"No," Grace said. "I live in the apartments right down the street. Why?"

"Well, there's a fire that started in Ashland and is headed toward Talent. If you live in that area, they are recommending that certain people should evacuate."

"Oh, really," I said. "I haven't heard anything about that."

"Well, if you do live in that area, I just wanted to make sure you knew. I am heading home, just in case."

I didn’t think much of the news, assuming any fire in town would be stopped quickly. I called my mom, who has a disability, to make sure she knew about the fire, but there was no answer. That worried me a bit, but I figured she was just not by the phone. I started looking for any news about the fire I could find and quickly learned it was much worse than I had expected. The fire was headed down Highway 99, which runs through dense forest and straight into Talent, where my home was. I paced around the office, thinking of what could happen or what might have already happened, letting anxiety get the best of me. When my shift finally ended, and I was getting ready to ride back home, my mom finally called me back. She was safe and unharmed, and she was being evacuated.

"Should I come meet you?" I asked. "Do you know where you are going? Do you have somewhere you can go?"

"Yes. Your dad was able to call out of work, and I am going to meet him at Walmart in Medford."

My mom told me the roads into Talent had been blocked off, so I would have to figure out somewhere to go after work. The fire was raging right next to our home, she said, and it likely would not survive.

Climate change affects our world in countless ways. One of the most common effects, especially in the West, has been drought. Jackson County, like much of Oregon, has been in a constant state of drought since late 2019. With drought comes increased risk of fire, as dry plants turn into ready fuel. Recent years brought three of the driest summers in Oregon’s history; it should come as no surprise that the summers of 2018 and 2019 were devastated by fires.

There’s a lot of dry fuel to burn. Prior to European settlement, Native Americans used fire to control overgrowth, greatly reducing the risk of dangerous wildfires. Under settler management, this practice has been neglected, and underbrush in much of Oregon has become overgrown. In March 2020, a bill before the Oregon Legislature would have put billions of dollars into clearing and controlling undergrowth to prevent wildfires. The Legislature ended its session without voting on the bill, with another dry summer quickly approaching. September 8 arrived after another summer full of fires. While the fire season was nearly ending, the forecast predicted wild and fast winds. This day would end up becoming the start of the Almeda Fire.

According to a study by the US Department of Commerce’s National Institute of Standards and Technology, the United States spent only $1.4 billion on preventing wildfires in 2015. In 2016 alone, the economic burden from wildfire was estimated to be between $71.1 billion and $347.8 billion. These numbers do not account for the loss of wages and emotional effects that fire victims suffer. What could the impact have been if five years ago we had invested $69.7 billion more to protect ourselves from wildfires?

On the night of the fire, I was able to find friends gracious enough to let me stay the night. Before heading to them I met up with my dad outside of the police blockade. We walked three miles toward Talent, following the train track, stopping just a few hundred feet up from where the fire was burning. The next day we found out that our home, where we had lived for sixteen years, had been engulfed in flames, and countless photos and memories of my childhood had burned. It was one of more than 2,600 homes destroyed by the fire. There I was, with no possessions but the clothes on my back. Over the following days, thousands of friends and members of the community found out that they, too, had lost their homes. Some had family to stay with, and others found couches they could crash on, but many were left with nowhere to go. I was lucky enough to receive support from friends, family, and complete strangers in my community. That support left me never hungry, never without a clean set of clothes, and never without a roof to sleep under. I will always be grateful for all the support my family received. During that same period, other members of my community were not so fortunate. Many were left on the street or burning through their hard-earned savings just so they could keep a roof over their loved ones' heads and food on their tables. All I could offer was emotional support.

As of October 2021, over a year after the fire, there are still 531 victims living in hotel rooms. Another dry summer of record-breaking heat began with no progress on preventing future wildfires. For years now, these fires have devastated countless Oregonians, not just those who have lost their homes, but also those who have been injured, whose health has been affected by hazardous air, and whose community events have been forced to cancel. But this is not a hopeless situation. We have the ability to make the necessary changes to stop and limit deadly fires from starting and spreading in the future. Oregon recently made an important first step by passing a $190 million bill that will help prevent future forest fires from being as devastating as they have been in the past.

With droughts becoming more common and more extreme, firefighters should be trained to safely and effectively complete prescribed burns and identify where the burns would be most effective in accordance with Indigenous knowledge and environmental science. Prescribed burns have worked for thousands of years, and they will continue to work if we put the necessary funding toward completing them correctly. This would also help create jobs for people who would work on these projects. The best part of maintaining a healthy amount of underbrush is to get our current overgrowth under control. This will only make it easier and cheaper to maintain in future years.

Wildfire, like other problems caused by climate change, can be overwhelming to even think about. Many of these issues are socially, politically, and scientifically complicated, which is why it is important to do the right thing—the easy thing—and make the task of fighting climate change seem less daunting. 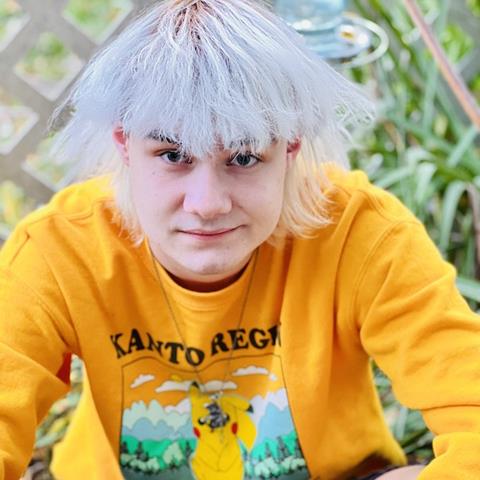 Elijah Leonis, who goes by Lion, is an emerging media and digital arts major at Southern Oregon University, with a focus on writing, videography, and human rights.

Hi Leonis: I liked your article and what you have written. I agree with you regarding the lack of Indian-type burning ("weeding") along Bear Creek was directly responsible for the severity of this fire. We disagree as to whether "climate change" had anything to do with it or not. I would like to encourage your work with video. Here is what we did in documenting the Almeda Fire (part of the Labor Day Fire series): https://www.youtube.com/watch?v=A8KKDqAgoaY

Thank you for sharing your experience in the Talent fire, very informative write! Keep up you writing ✍