What's behind the belief that immigrants harm our society? 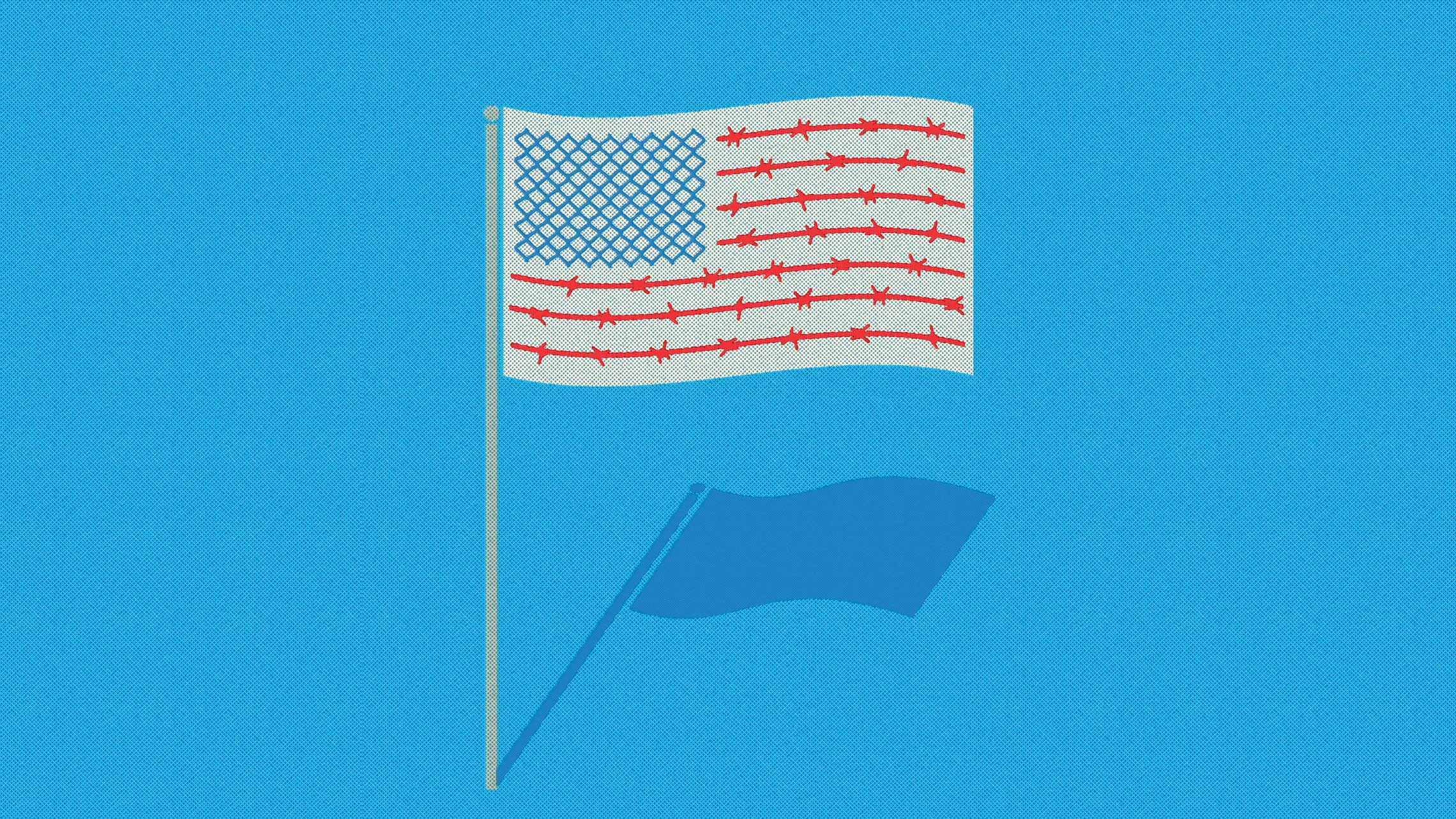 In 1911, two Cornell University professors, Jeremiah Whipple Jenks and William Jett Lauck, published The Immigration Problem, which laid out an argument for immigration restriction. The professors were involved with Senator William P. Dillingham's four-year Immigration Commission, which published its results in a forty-two-volume study that was and continues to be the most exhaustive treatment of immigration. The Dillingham Commission concluded that unrestricted immigration was a problem and proposed limitations on southern and eastern Europeans that would later be enshrined in the first legislation to establish quotas on immigration in the 1920s.

Well before the professors published their book, immigration to the United States had been thought of as a problem that needed to be solved. Politicians, journalists, and white trade unionists first singled out Chinese laborers as particularly dangerous due to their hard work, thrift, and perceived unassimilability. In 1882, Chinese laborers became the first ethnic group to be excluded from entering the country. Prostitutes and Chinese contract laborers had already been excluded by previous legislation.

Over the course of the next thirty years, laws blocked entry to all Asian laborers, in addition to “illiterates,” convicts, prostitutes, and those with contagious diseases. By the 1920s politicians had formed a general consensus that migration had to be controlled and severely limited to protect the white Anglo-Saxon Protestant roots of the country and sustain economic prosperity. Although such explicitly racist arguments have waned somewhat since the 1960s, the notion that immigration weighs down the economy remains prevalent. The idea that certain ethnic groups are unassimilable looms behind many of the anti-immigrant arguments.

Ever since immigration restriction began, there has been an uneasy balance between the hopes of nativists to stop migration and the desires of businesses for cheap labor. The 1920s nation-based quotas were designed to keep out southern and eastern Europeans and nonwhites to maintain the prevalence of white northern Europeans in the country. The farm lobby, dependent upon cheap migrant labor, demanded and obtained an exemption for immigrants from the Western Hemisphere, which meant that Mexicans were not subject to the quotas. Nonetheless, Mexicans could be excluded based on their likelihood of becoming public charges, or based on the results of illiteracy and medical tests. Millions were deported during the 1930s and 1950s in waves of anti-immigrant hysteria. Immigration legislation had racial discrimination encoded in its DNA from the start.

Fifty years ago the United States passed landmark immigration legislation that dropped the nation-based and racially discriminatory quotas, but the ideas that migration should be limited and that immigrants should be chosen for their skills, education level, and family connections were further enshrined as foundational principles of any sound immigration policy. Since 1965, immigration laws have privileged family reunification, skilled workers, and wealthy migrants over poor and unskilled laborers with no family links in the United States. These preferences have become so ingrained in our consciousness that few people question their legitimacy or efficacy.

In 2007, the Council of Economic Advisors under President George W. Bush issued a report that concluded, “Immigrants increase the economy's total output.” Although measuring such effects is notoriously difficult, the report estimated that US workers gain $30 to $80 billion annually as a result of immigration. How can this be? If low-skilled workers come into the United States, doesn't that drive down the wages for low-skilled jobs and therefore hurt US workers? The answer is no, not exactly.

Economist Giovanni Peri has shown that although an influx of cheap labor drives down wages in certain areas of the labor market, the benefits of increased economic productivity help US workers who have shifted to higher skilled and more language-intensive jobs. For example, while average wages for roofers have declined with an influx of low-wage immigrant workers, there has been an increased demand for dispatchers and general contractors, jobs that tend to be held by workers born in the US. The ones who are most negatively affected by immigration are actually previous immigrants who are competing directly for the same kinds of jobs. These average statistics do not mean that there are not some low-skilled US workers whose wages have declined or who have been fired, but Bush's Council of Economic Advisors estimated that 90 percent of workers who were born in the US have gained from immigration.

Some may argue that while a limited number of immigrants can help the economy, too many will undermine it. Today 13 percent of the population are foreign-born, which is coming close to the historic high of 15 percent in 1890, causing alarm in some quarters.

At what point would the presence of foreign workers undermine the economy? The case of Qatar in the United Arab Emirates is a telling example of the upper limits of immigration. Over 88 percent of the workers in Qatar are foreign-born, and they are mostly guest workers. Obviously the laborers' slave-like conditions and their segregated lives as second-class citizens are not to be admired or emulated, but the presence of these immigrants has economically benefitted Qatari society. Qatar is the richest country in the world with a per capita gross domestic product of more than $93,000 a year. In purely economic terms, immigrant labor helps the economy grow.

The question, however, may not be purely one of economic benefit but of culture. At what point does the foreign-born population overwhelm the sense of cultural identity of native-born inhabitants? Toronto is a good example of a cosmopolitan city whose population is almost half foreign-born. Toronto remains Canadian, but it has managed to incorporate and assimilate large numbers of immigrants and today has one of the fastest-growing economies in the country.

To put it simply, with a foreign-born population of 13 percent, the United States is far from being overtaken by immigrants. Of course, certain US cities have much larger immigrant populations: Miami, 50 percent; Los Angeles, 41 percent; New York City, 36 percent—but these are all economically and culturally vibrant places where all sorts of people want to live. Immigrants go where the rest of us go: where the jobs are.

Given the economic and cultural diversity benefits of immigration and the relatively low proportion of immigrants in the country, why is there such a fear of immigrants “flooding” the United States? Part of the answer has to do with the story we have been telling ourselves for more than a century about immigrants threatening our welfare. We spend so much time, energy, and resources trying to prevent immigration that we forget to ask whether there is a problem that needs fixing in the first place.

The 2014 vote to legalize marijuana in Oregon provides an interesting analogy for how we may get beyond the immigration fix. The panic over marijuana in the United States began during the Mexican Revolution in the 1910s with an influx of Mexican immigrants, with whom the drug was associated. By the 1930s, marijuana had been declared illegal by twenty-nine states, and the film Reefer Madness in 1936 created a general panic about the violent and criminal effects that the drug would have on its users.

In spite of this generalized hysteria and harsh drug laws that have put more than six hundred thousand people each year behind bars for marijuana use, Oregon voters decided that the problems of marijuana were mostly associated with its illegality and not its use. It's not that there are no problems caused by marijuana use, but voters decided that the costs of criminalizing the activity far outweighed the benefits.

In the same midterm election where the majority of voters decided to legalize pot, they also voted overwhelmingly to deny driver's licenses to undocumented immigrants. Given the lopsided vote, it seems like a good number of people who were able to overcome the panic about marijuana still believe the hype about immigration.

Why do we continue to believe that immigrants harm our society and need to be excluded and denied basic rights once in the country? It's simply because we have been focused on fixing the wrong problem. Throughout the twentieth century, economic crises have led to heightened immigration restrictions and more deportations. However, immigrants are not the cause of the economic crises but may be part of the solution.

Many who argue for tougher immigration restrictions argue that it's not immigration that they oppose but illegal entry. The restrictions, however, are what drive the illegality. The solution is simple: make it easier for people to migrate legally and the problem disappears. We don't have an immigration problem. We have a “war on immigrants” problem.

Update January 2018: This article has been edited to clarify the use of the word ‘native’ with regards to nationality.

Elliott Young is a professor of history and director of ethnic studies at Lewis & Clark College. He has published two books on borderlands history, Catarino Garzas Revolution on the Texas-Mexico Border and Continental Crossroads, both by Duke University Press. His most recent book is Alien Nation: Chinese Migration in the Americas from the Coolie Era through World War II (University of North Carolina Press, 2014).

It always been a question of jobs and politics..

Thank you for the fine piece on immigration (The Problem with the Immigration Problem). In general it is interesting and insightful. Unfortunately, it is, in general, too general. Citing the impacts of immigration on national economy and culture glazes over the possibility that an influx of immigrants can exact a heavy local toll. The result can be a problem where the social costs fall disproportionately on local governments with limited means. Addressing this problem need not take the form of restrictions on immigration. Rather, a good first step is acknowledging that these local impacts can be a problem. And a good first step towards doing that is to avoid general discussions of national impacts.

In the Land of the New