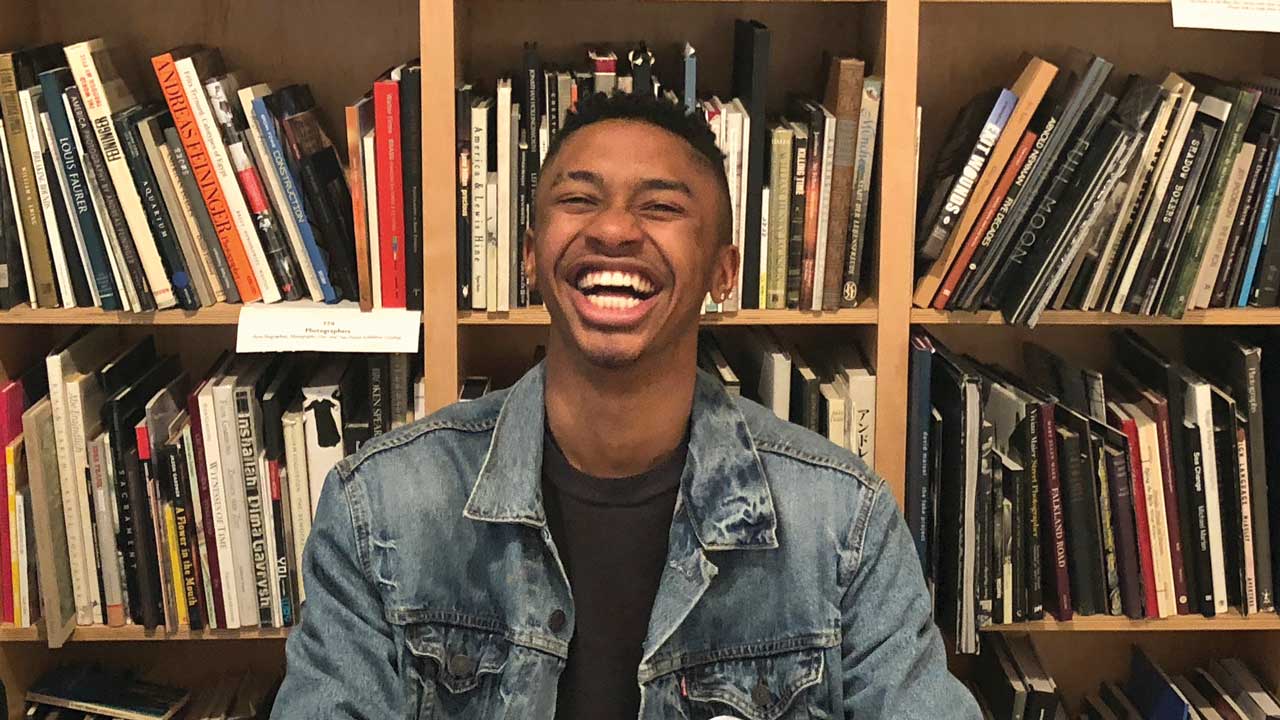 Tyler White, a Portland artist, writer, activist, and Oregon Humanities Conversation Project facilitator, says there’s a central thread running through all of his work: “Trying to bring communities together.”

“Every time I’m with other people, it’s in hope that they will walk away with a greater understanding of themselves and others,” he says.

White first got involved with Oregon Humanities in 2016 through WeLead, a collaboration between Oregon Humanities and Catlin Gabel’s PLACE (People Leading Across City Environments) program that trained high school students to lead community conversations about challenging issues. White was working at the Center, a community space and educational partnership between Catlin Gabel and several schools and community organizations in North and Northeast Portland—among them De La Salle North, where White was a student—when he participated in WeLead. Along with participants from several other Portland high schools, he organized a community conversation on politics and why they matter.

“More than anything, WeLead helped me grow a larger network to connect with,” White says. “Activism can be lonesome when you’re constantly fighting battles alone. It’s especially rare to find other young people who want to talk about the same issues.”

White has not stopped talking—and inviting others to talk—since then. He has written columns for the Oregonian, interviewed people about the American dream for Oregon Public Broadcasting, led a workshop on masculine identity with the Portland Institute for Contemporary Art, and helped organize the Portland March for Our Lives protest against gun violence.

White says he sees conversation as a powerful tool for social justice. “Now more than ever, we are so siloed into our own worlds by social media algorithms. It’s impossible to have any kind of conversation in that space,” he says. “When you’re actually talking face-to-face, you have to recognize the humanity of other people. You have to engage as a fellow human, and you will walk away more enlightened about who they are.”

In his Conversation Project program, titled “The Hate We Live In,” White hopes to explore the effects on individuals of living amid racism and other forms of oppression, and how people can identify their own biases.

“I want to offer people space to think about how negativity is rooted in our media and also lives in ourselves,” White says. “I want it to be a really personal experience—I want people to walk away with tangibles to alleviate negativity."

Editor's Note: The Point of the World

From the Director: Word Problems

Out of the Woods