A woman tries to understand her brother's need to hoard

I just saw my little brother, Jack, digging through a Dumpster at our neighborhood grocery store, and I pretended I didn't know him. He was in the dirty, torn clothes he likes to wear for what he calls “collecting.” Sometimes his flannel shirts and fleece jackets are hanging in shreds on his thin, middle-aged frame. I know he doesn't eat well, even though I buy him food, and every time I see him, he looks thinner. Though he can afford a haircut, he lets his hair grow long and stringy; when he perspires, it clings to his face and the old, thick glasses he wears.

When I moved him from our mother's home in Eugene, where he'd lived until her death three years ago, to a nice one-bedroom house around the corner from me in Portland, I naively thought that in new surroundings his behavior would change. I've begged, cajoled, and criticized. But he won't stop. Jack doesn't dig through Dumpsters for income: collecting is his joy, his passion in life, one I'll never understand.

Back at home, sitting at my cluttered desk, I fight the urge to phone him and ask again why he won't stop. I've done my research, read about disposophobia—the fear of getting rid of junk. I've rationalized that Jack isn't as bad as the people you see on the news who hoard dozens of small animals in their homes; he's just a pack rat with a strong compulsion. A year ago, I took him to counseling, but after eight weeks of sessions, the mental health expert concluded, much to my frustration, that Jack was too old to change his behavior and that I needed to stop getting upset about it. That made me angry—but I knew Jack wasn't the only one in the family with a problem.

When I got married ten years ago and my husband moved into my small bungalow, we labored over how to fit his stuff into my two-bedroom house—one of the bedrooms was my dedicated office. For a while, the dining room became my husband's office and dressing room, but then the house got so crammed that he built a two-story garage; my office was on top. It was heaven to have all that space. Four years later, the garage is stacked full of home-remodeling supplies and boxes I cleared out of the basement. In my office I have three desks, each one piled with paper because I hate filing. Business cards and small writing pads are stashed behind my computer monitor because I haven't figured out what to do with them. Every time I begin to clean up, an urge to travel suddenly overtakes me: I long for a nice clean hotel room without piles of stuff lying around. The only problem is that I always come back home to face the clutter again.

As a child, I lived with my family on a two-acre farm in the small town of Junction City, Oregon. My family had so little. What we did have, we hung onto till it broke. My dad piled old washers, dryers, refrigerators, and a broken kitchen sink outside the house. He said it cost too much to haul junk away, and it was good to have spare parts in case he needed to fix something. My mom bought everything on sale, so there were boxes and bags of bulk items, and we ate food years past its expiration date. My brother and I got one pair of shoes at the beginning of the school year, and we got new ones only when those completely wore out and even duct tape wouldn't protect our feet.

Both of my parents were survivors: my mom grew up in the ravaged countryside of Taiwan during World War II, and my dad was a child of Depression-era parents in dust bowl Oklahoma. They had experienced poverty on two different sides of the world. Both of them knew the value of a dollar and the meaning of living without. Although they valued different things, they both hoarded.

When I took a break from college and traveled to Taiwan, my parents divorced after decades of fighting over money and cultural differences. My mom wanted more possessions and an income that would allay her constant fear of being poor and starving again as she had in her childhood. My dad just wanted to chew the fat with neighbors and fix things on the farm.

After the divorce, my dad got a one-bedroom apartment of his own, and my mother got the house and most of the possessions. My dad thought he'd get a fresh start, but he died from heart failure a couple of years later. I cleaned out his apartment after the funeral and got rid of his secondhand furniture and appliances. In his wallet he'd kept childhood photos of my brother and me and an IOU for $200 from a friend. His nightstand had dozens of cigarette burns next to the ashtray, and the drawer was full of methamphetamine samples he'd gotten from his doctor to help him lose weight. I sifted through odd clues about this man I didn't really know as well as I'd thought. The week before he died, we'd argued because he wanted money for the car he'd given me. When I was cleaning out his apartment that had so little in it, I realized he'd asked me for money only because he really needed it. I regretted our last fight for a long time.

My mom died two decades later, after a three-year battle with breast cancer. Cleaning out her house was a monumental task because she'd saved everything. Her lifelong dream was to open a Chinese restaurant; she had enough boxes full of plates, bowls, and tea kettles to stock several restaurants. Mom had three closets full of clothes, most of which were finds from Goodwill or sequined dresses she'd brought back from Taiwan, “cheap.” She had one dresser for underwear and another dresser for shirts and pants mingled with silver coin collections and envelopes stuffed with family photos from several decades. Her bathroom drawers held new and used makeup, Oil of Olay bottles, Chanel No. 5 perfumes, bars of soap, and bottles of shampoo and conditioner piled in corners. One container in the living room was dedicated to grocery coupons clipped years ago. Her Buddhist altar room had a closet stacked with incense for her temple. The garage was stuffed with bits of broken furniture she called “antiques,” an old piano that didn't play, and a freezer full of frozen food dating back several years. The sheer bulk of the items she'd hoarded could have fed, clothed, and furnished several families.

Hoarding isn't unusual for war survivors or for children of the Depression era, who feel the compulsion to store up just in case of another impending catastrophe. But my brother and I inherited the same desire to hang onto things, “just in case.” For me, it's a connection to memories I find hard to let go of. For my brother, collecting is more of an escape.

He had a rough time growing up among bullies who picked on him all through elementary and high school—though we were both from the only interracial family in town, he looked more Chinese than I. Some days, kids yelled racial slurs at him and threw his schoolbooks into the toilet in the boys' bathroom. Other days they simply roughed him up. My dad talked to the high school principal, who said they couldn't do anything about it, that my brother just needed to tough it out. Instead, my brother retreated to a private world on the farm. When he came home from school, he enjoyed trudging through mud in knee-high rubber boots to herd the chickens and cows that had broken out of the fence. To save money and keep the farm animals fed, my mom enlisted my brother to forage through Dumpsters at our local grocery stores and the pizza parlor. I was deeply ashamed that my family dug through trash. I retreated into school, choir, and drama activities, doing my best to disassociate myself from my family. But my brother continued the back-alley pursuit of getting free stuff even after he graduated from high school.

After my dad died, my brother was left to care for my mom, who was quite dependent because she didn't read or write and wasn't a safe driver. When they left the farm and moved to Eugene, he continued his passion for Dumpster diving by collecting bottles. I first discovered the depths of his compulsion when I went to stay with them to help care for her while she was being treated for cancer. He had filled an entire room in the house and half of the garage with grocery bags of bottles. Beer bottles were separated from pop bottles. Most had been washed and their labels removed. Some bags were full of broken glass. He told me he turned in the good bottles for the deposit, but with each visit, I saw the bags were still there. When I asked him why he hadn't returned them, he replied that he had and that those bottles were new ones.

More bottles would appear, washed and sorted by size and shape. When my mom died and he and I went through the house to get rid of her things, the bottles remained. When I moved him to Portland to be closer to me, his bottles came with him. I didn't know this until I saw the bags in the toolshed of his new house. I'd thought he could make a fresh start, but when I questioned him, he shyly shut down, his fists clenched and his face red. He couldn't explain why he needed his bottles.

His hoarding compulsion frightened me because I'd felt the urge myself. I'd watched my parents litter our home with stuff and had vowed I would never need possessions to make me happy. I carefully monitored my brother to keep him from being engulfed by the dark morass of his collections. I was scared for him, but I was scared for myself, too.

In the days before a friend comes to visit, I'm a cyclone of energy, throwing piles of stuff into recycling bags and hiding things under the bed, in drawers, in filing cabinets and already full closets. As I get older, I hang onto souvenirs for emotional reasons. I have boxes of old reel-to-reel recordings from my early days in radio, bins filled with daily journals, photo albums I need to digitize, record albums with covers I love, a wooden clarinet I quit playing in high school, the guitar I bought in Hong Kong and took to Dublin to sing “The Night They Drove Old Dixie Down.” The long shiny scarves I've bought on every trip abroad since the eighties are tucked into the black hole that is my closet.

I hate holding onto things and envy friends who do spring cleaning any time of the year. Every time I get a notice from the Vietnam Vets or the Arc to donate unused items, I force myself to fill the donation bags. I reflect on the memories associated with each object I give away and try to let go of them before they envelop and swallow me. Perhaps I understand too well why my brother holds onto empty bottles: it's the same way I hold onto mementos of my life.

From the Summer 2009 Stuff issue. This essay was selected for inclusion in the Encore issue by Oregon Humanities readers. 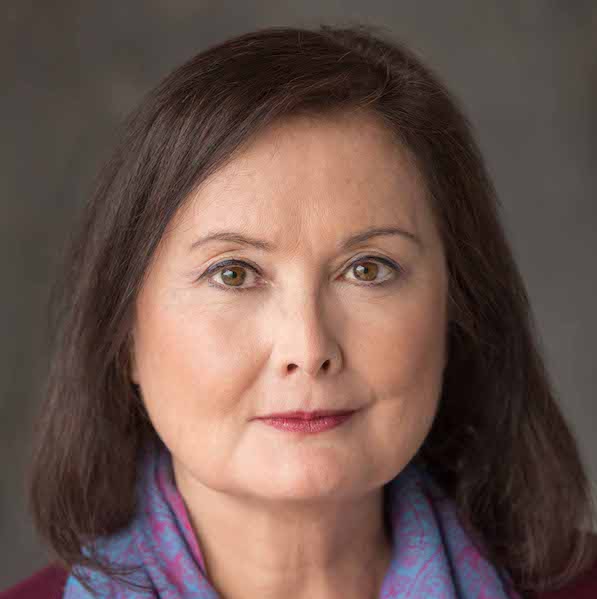 Dmae Roberts is an award-winning independent radio producer and writer based in Portland.

Clinging to the Dream