Cover Songs of Myself

Like a Nirvana song, lives can come in many different versions. 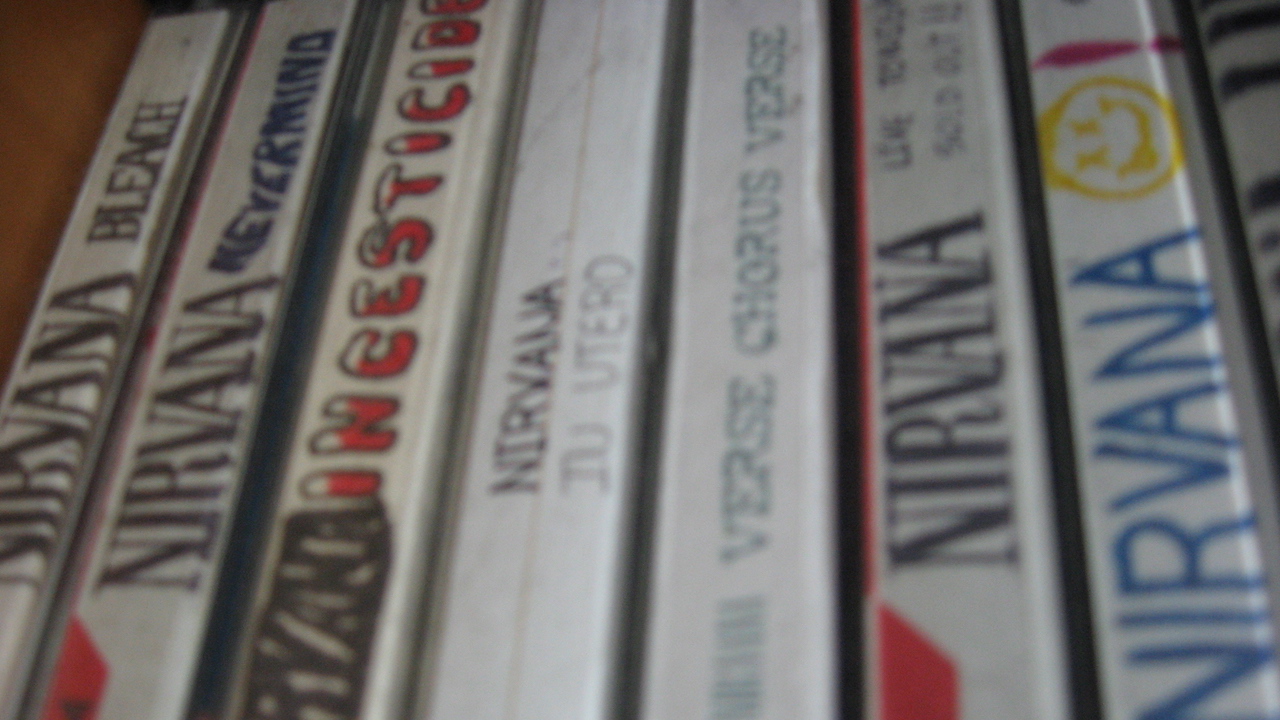 Would you believe that there’s an a cappella Muppets Barbershop Quartet version of Nirvana’s song “Smells Like Teen Spirit”? There is. It has the same melody of the famous original, with a couple strings tweaked.

First, there are no distorted guitars (it’s a cappella after all) so you can also say goodbye to the solo guitar bridge and Grohl’s energetic drumming. Second, it’s made for kids (or at least made to be kid-friendly) so the word “gun” in the first verse is just a blank spot left gaping. The fact that the singer knows “a dirty word” is followed by an audible, raised-eyebrow gasp before dropping into the pre-chorus of “hello, hello.”

The phrases “it’s less dangerous,” “and contagious,” “a mulatto,” and “my libido” in the original chorus are replaced by the Muppet Beaker singing, “Me-me, meee-meee. Me-me, meee-meee.”

Anybody with a Muppet Movie–aged kid probably already knows about this cover. My kids are adults now; I had to come across this via one of the many music streaming services out there. But the Muppets aren’t the only band to put their own stank on this now classic track.

Back in the day Tori Amos dropped a beautifully sentimental piano version that I’d loop and fall asleep to as a teenager. More recently Patti Smith displayed what teen ukuleles sound like, while infusing a spoken word breakdown, that only she could have created. There are Joan Jett covers, jazz covers, lounge covers, DJ covers, and multiple metal band adaptations of this song.

According to whosampled.com the song has eighty-five official covers by other bands.

So this: If a song can be reimagined, reworked, and rediscovered into this many varying, yet still powerful, forms of existence, can a person be similarly transformed in a lifetime? Is there a limit to how many times a person can re-create themselves or become re-created by their environment?

Wait. That sounds a little too new agey. Let me try again.

At age eleven I’m listening to thrash-metal and the top 40 charts, getting straight A’s at school, and am the tallest person in the fifth grade able to limbo the lowest. I am literally and figuratively a very flexible kid. But this is only an adaptation of a younger version of me.

A later cover of me will only listen to rap and alternative music, be arrested for multiple curfew violations, and run from the cops for fun.

An even later version of me will work alongside the police, hear my back crack when I touch my toes, and listen to everything (even country) if the mood hits me right.

These versions of me may seem very different, but there are personality baselines that overlap all of them. There are themes running throughout. The versions where I take myself too seriously tend to grate on the nerves after a while. The slow tempo tracks can start to bring me down in the middle of a long rainy season.

Every version of “Teen Spirit” has the same chord progression, even if the key is changed. The lyrics are still present via singing or screaming or grunting or instrumental melody. Sometimes we’re lulled by the soothing bell tones of Dreamy Sugar’s reimagining, while other times we are driven by the infectious double-bass energy aggression of Bloodywood’s take.

I’ve been everything from an overachiever to a burnout to an achingly average guy. And I wouldn’t suggest any of those tracks. Depending on the situation or person or version of myself I was currently jamming on, people have said: “With an attitude like that you can go anywhere,” or “You’ll be dead or in jail by the time you’re eighteen, twenty tops,” or “What a nice young man,” or “This is what a failure looks like. Not good, right?” Fair enough.

The ways I’ve changed haven’t always been good. Some of my evolutions were more like devolutions. I’ve adapted depending on a number of internal and external factors, and the ways I’ve perceived those factors. At this point I can admit the perception part.

I’ve grooved to internal harmony and discord based on hormones, serotonin levels, sugar consumption, the number of people I’m responsible for. The older I get the more I think about the changes I’ve undergone, the cover songs of myself that I keep slightly (or greatly) tweaking and re-presenting to the world. If “Teen Spirit” has eighty-five variations, how many do I have? How many is normal? How many is healthy?

There’s this guy I used to know that I’ve thought about a lot. We met when we were age twelve, around the time Nirvana’s Nevermind album dropped. This guy and I hung out together, partied together, got in fights together, ran from cops together. He was one of the most charismatic, most secretively caring people I’ve known. The kind of guy that would do something endearing and immediately cover it up in front his male friends by calling somebody a piece of shit.

In his late teens this friend turned from party drugs to hard drugs. At some point he was arrested for stealing cars again and sentenced to prison. He spent a long time inside, read and wrote a lot. His letters were increasingly poetic. This guy grew in size, acquired swastika tattoos, and ran six miles a day while locked up. This is the same friend that fought skinheads with us back in the day.

When he was released on parole he was going to start looking for tattoo artists to cover-up what he’d inked on his body while incarcerated. He said surviving inside was different than surviving on the outside.

While he was moving out of his cell my wife and I were moving into a mortgage.

Our friend helped us rip all the old carpet out of our new house. He talked about helping us paint the walls. For some reason every wall and floor in our new house was a different color, like the previous owners were trying to create a three-dimensional quilt. The skin pigment of my wife, myself, and our sons are different too—but not quilted-home different, just varying shades.

We were sitting on our bare bedroom floors when our friend told us he wouldn’t come around if he started using again.

I still live in the general area that we grew up in as teenagers. So does he. I used to see him walking or riding a beat-up BMX while I was driving, and think he looked blasted out of his mind. His eyes were bloodshot and wild, his teeth were clenched. I was thankful he didn’t involve us in his life, but I wondered and worried about him. And I missed him. I knew he kept getting locked up from looking him up on the PDX mugshots website.

I always kind of wanted to pull over and see what he was up to, see if I could help, grab a beer and listen to whatever he wanted to talk about. But I never did.

My wife kept painting the internal walls of our house different colors over the years: an accent wall here, an entire room there. She likes interior decorative alterations. She says it keeps her sane. She isn’t into song covers the way I am. I guess music is more my thing.

A year ago I was in the seasonal Easter aisle at the grocery store when someone who looked a lot like my old friend walked right in front of me. He was so close we almost touched. He grabbed two bags of bite-sized Snickers from the shelf and crossed my path again. I hadn’t seen him around the neighborhood for a while. My life was slowing down. My kids were getting older. I hadn’t been this physically close to him in years.

Suddenly I wanted to hear all of his stories. I wanted to tell him I was sorry—for what I didn’t know, but something. I wanted to say that he’d always been a great leader, even as a kid. That I’d always looked up to him in some way. It was the way he carried himself. The way he’d survived all these years. That I got it, I understood. That it was fine. I wanted to know what music he was listening to, where he was staying, if his grandma was still alive.

Before he turned out of the Easter aisle toward the cash registers I said, “Hey, I think we grew up together.”

My old friend stopped for a minute. He turned just his head, not his body. He shot me that devious half-smile that had always made me smile.

And it wasn’t malicious. It was just like: Duh, I’m not blind.

Then he turned back in the direction of the cash registers and kept walking.

When I got home my wife was holding paint cards up to one of the walls in our dining room. I asked her why our house was always changing. Why something couldn’t stay in stasis for a minute? She looked back at me. Not smiling. Not frowning. Just looking. Just giving me a chance to readjust.

A couple of months ago I was driving by when I saw my old friend walking down the street. He had the biggest smile on his face. He looked good. His eyes weren’t wild, they were clear and calm. He had that old limp that looked like a jaunt when he was being more animated. A part of me wanted to pull over and shoot a half-smile at him while blasting the Muppet Barbershop Quartet’s version of “Smells Like Teen Spirit” out of my passenger-side window. But I didn’t. Instead I half-smiled to myself at the thought.

I began wondering where all our old friends were now, about all the mochas and creams and shades of red that have adorned the walls of our homes, how I’d played all the old melodies of myself until they were all played out.

But even though some of those versions give me headaches to think back on, I feel like they are all necessary. I find myself nodding at the thought. The nodding becomes a rhythm. A reggae/rap/jazz/country/spoken word/blues melody subtly overlays the track. It’s a beginning. The kind of opening that is also a closing that is also an opening. The kind of melody you can only start to understand after gathering years of bygone yet indispensable adaptations. The kind of cover that harkens back to the original, tips a hat to all the versions that preceded, and fills the car with a haunting moment of slowly building synth just before the bass drops. 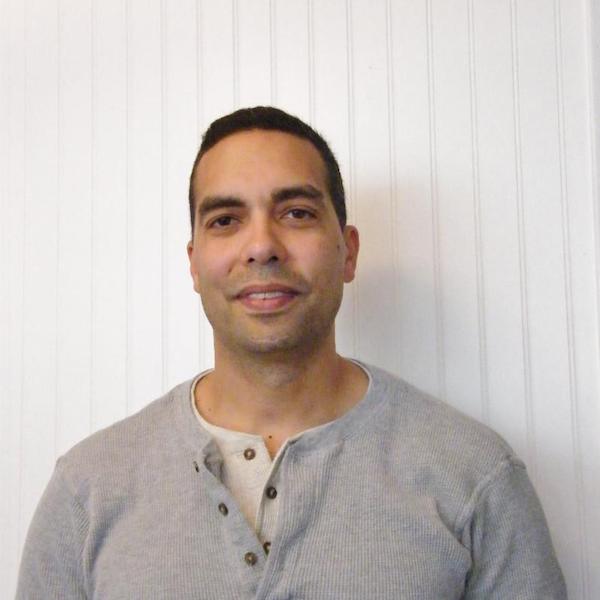 Very creative and interesting parallels, Jason. I have thought about the different versions of myself, wondering if someone can truly change, which parts are permanent, which parts can be shed for good. I appreciate the line "Every version of 'Teen Spirit' has the same chord progression, even if the key is changed" because it suggests that there is, indeed, some permanence to who a person is, and that is okay. We are clay molded by our environment and/or what some people call fate, whether it's preordained for a greater good or because the "bag of chemicals" that is our brain leads us there. I think one of the greatest achievements we can make is knowing and accepting who we are now, making peace with that, and finding new tools should we feel a change is still needed. Thank you for sharing.

The collective strength of strangers after a horrifying accident. An essay by Jason Arias