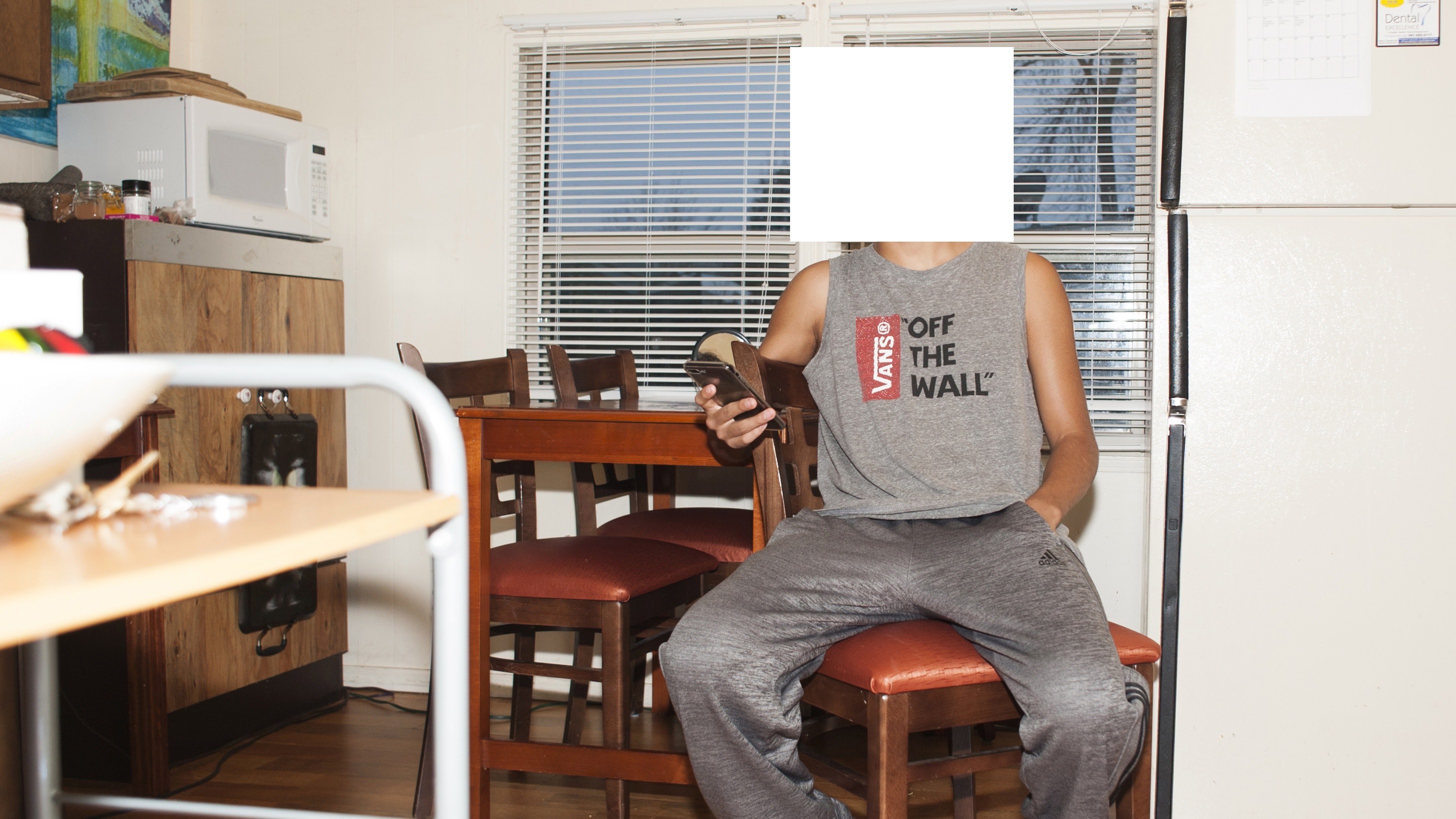 In fall 2016, photographer Ezra Marcos Ayala worked on a project with Luis Rodriguez called “To Live More Free" which features photos and audio of Southern Oregonians describing the challenges and fears of working while being undocumented. Ezra spoke with Oregon Humanities Communications and Programs Assistant Julia Withers this spring to talk about making the project. This interview has been edited and condensed for clarity.

JW: What was challenging for you about the project?

EMA: The rhetoric of the election really changed things. Finding people to participate in the project was really hard. The whole idea of showing people at their workplace in Southern Oregon was a challenge. Ashland is a big tourist location and a lot of our tourism industry is backed by a lot of Latino workers—many undocumented.

At wineries, in the kitchens of restaurants, and in hotels, lots of the workers are undocumented. I wanted to show a contrast about how they give so much to this community and then compare that with where they live. I wanted to show you a woman who is making your hotel look beautiful and juxtapose it with her living conditions.

Then the election starts to heat up and we start hearing crazy things about Mexicans. Things were already going to be hard—first, just to get into people’s workplaces. I was going to explain to peoples’ supervisors that by taking photos at their jobs, we’re honoring these people; we’re showing their hard work and dedication. I didn’t want the workplaces to know they were undocumented.

The whole idea of spending the whole day with them...that went out really quick [because of the election]. We were going to conceal their faces and not go to their workplaces, but we were still having a hard time. Trump had won the election and our options were dropping like flies. Even someone who might have had citizenship was still worried about doing it. It got harder as time progressed—we were in limbo.

Fortunately we were able to find three people who wanted to shed light on what it is like in this country being undocumented. We were lucky to find a few people who weren’t afraid to be advocates for this community.

JW: How was your experience working in Southern Oregon? Can you see any ways that geography affected the project?

EMA: I usually photograph food and happy people. I’m a commercial and editorial photographer. I also shoot for Latino Magazine—I do their cover shots. I do interact with that community. I’m Latino myself. I live on the rural side of Ashland, but I still interact with that community—it is part of growing up poor. Many undocumented people who work in Ashland don’t live there. It’s very expensive. They see a different life. They come from north of Ashland and they work in the back of the restaurant. It’s a different perception from how I [usually] see it.

JW: What did you learn by working on this project as part of This Land?

EMA: A common thing as humans is that we all just want to belong. We want to be considered a part of society. No one wants to be seen as illegitimate.

One thing I learned following people all day is that they lay low. They stay home. They only go out to go to church, get groceries, and go to work: it’s too much risk. One lady didn’t even drive. She refuses. She’s not going out for leisure.

One lady we were going to interview got hit. She didn’t have car insurance, and the person who hit them, an American citizen, didn’t have insurance either. Now this lady doesn’t even have a car. They put so much at risk by going out and about. That’s the project, basically, and how it went down.

JW: What are your hopes for the project?

EMA: My hope is that this country finds a way to make a path for these people to become citizens in a much easier and affordable way. It’s expensive—that’s another thing I learned. Not even talking about citizenship, but your permanent residency. You still have to pay even if you marry an American. There’s a process that could take years and thousands of dollars. They fined one of our interview subjects for the years that he was here undocumented [before he applied for residency].

Back in the day in California it was hard for undocumented students to go to college. Imagine that: you can’t go to college. I think he paid his debt. He’s done. It’s mind-boggling.

My fear is this project won’t get out to the people that really need to see this and understand this. My hope is that people who have different perceptions of these undocumented people will hear them speak and see the images, and realize they’re people. Maybe their hearts change a little bit when they hear and they see the stories; maybe they become a little more empathetic.

JW: What do you hope others will think about after looking at your photos?

EMA: That people aren’t illegal. There’s no such thing. At the end of the day I want people to realize that these people are just like us. They want the best for their kids. They’re going to work themselves to death so their kids can have a future

This country is in a position to accept people, to bring them in, and I hope people embrace that and become proud of that fact in a humble way. What country [besides the US] probably has at least one person from every country in the world? This is rare.

I hope for Americans to understand our position and understand that accepting these people is an honor. It’s like someone wanting to come over to your house because they like your house a lot. It’s an honor.