Kali Ladd on the future of education in Oregon 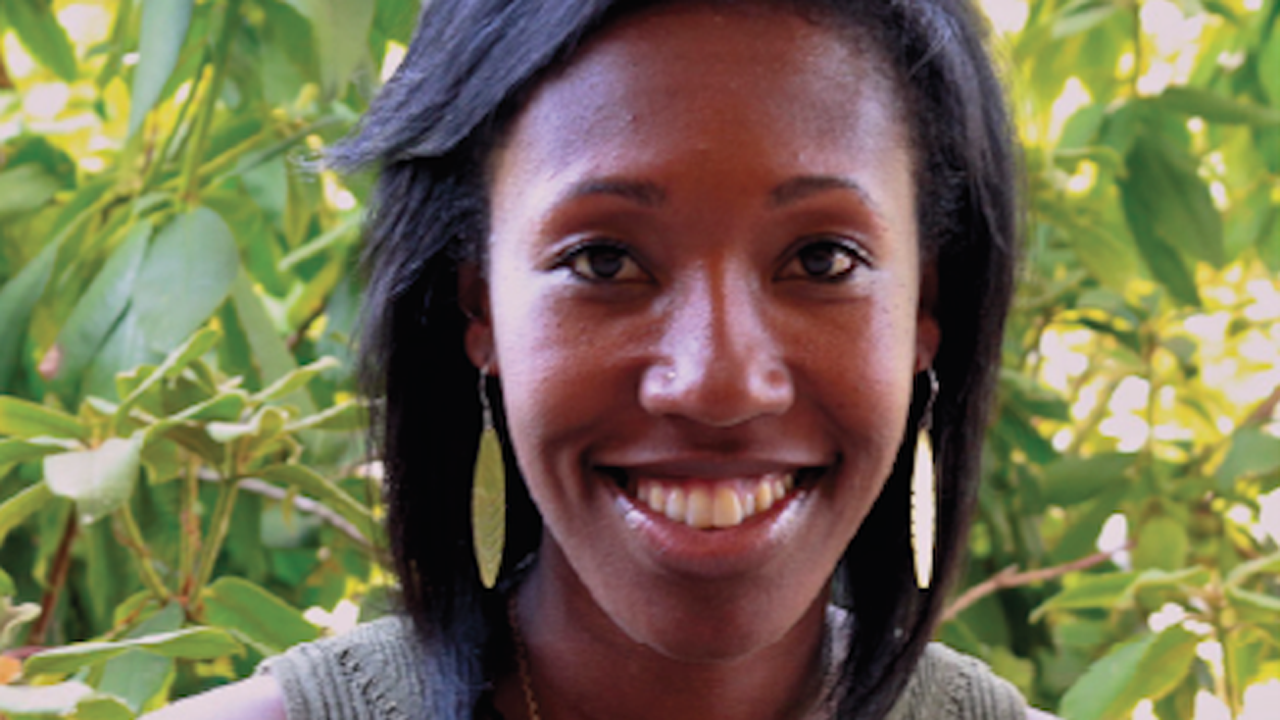 Education in Oregon is in a moment of urgent challenges and rapid transformation, as the pressures of the coronavirus pandemic and uprisings for racial justice have compounded longstanding issues related to economic and racial disparities.

Portland charter school KairosPDX opened in 2014 with a mission to close socioeconomic and racial achievement gaps through a comprehensive curriculum that focuses on social, emotional, and cultural development in addition to academics. Cofounder Kali Ladd, who currently serves on the board of Portland Community College and the Oregon Early Learning Council, spoke to us about her vision for education in Oregon over the next fifty years. Here are eight changes that Ladd would like to see.

Student-centered Learning
“Children are capable of much more than what we often give them credit for, and I think education needs to respect that,” says Ladd. Student-centered learning encourages children to take charge of their own education and actively participate in dictating what and how they learn. Teachers may allow students to lead group activities or decide whether they will demonstrate their understanding through writing or through an oral presentation.

Students also probe the why of what they are learning, instead of passively following instructions. “Children are born curious. We actually create educational spaces that crush their curiosity,” says Ladd. Too often, children are discouraged from asking questions. They are ordered to stay in line, sit straight, and keep their mouths shut, which Ladd says is especially true for Brown and Black kids. Personalized learning encourages teachers to take this into account. “What does it look like when we truly have an educational system that is centered on the child?” asks Ladd. “It will look and feel very different than it currently does.”

Technology in the Classroom
Though skeptics may groan at adding screen time to the classroom, Ladd encourages educators to consider the benefits of digital technology. With a 20:1 student-teacher ratio in most Portland public schools and 24:1 across all Oregon elementary schools, it can be challenging for teachers to tailor lessons to each student’s individual needs. Online learning tools are able to adjust difficulty to the child’s level based on competency. For example, if a student is excelling at multiplication, the computer will begin to introduce more complex problems. This allows practice to be individualized without requiring additional human resources.

With controls in place, teachers can limit the distractions of computers while still giving students agency over their learning. Ladd adds that computer games aren’t necessarily detrimental to a child’s development, and other experts assert the importance of play as a tool in learning. In fact, the US Department of Education and the National Science Foundation have already poured millions into developing educational games. “My son will play Minecraft,” says Ladd. “Now Minecraft is not bad—it’s like a brain building game. And while I’m not a proponent of screen time overall, if we have it, how can we use it to help children thrive? I think it’s possible.”

Focus on Well-being
In addition to traditional academic subjects, Ladd argues that education should focus more on social-emotional well-being and the development of the child as a whole. Traits like resiliency, empathy, and kindness should be taught and practiced in the classroom. “You can learn optimism and you can learn helplessness,” says Ladd. “You can be the smartest person in the world, but if you suffer from learned helplessness, your chances of being successful in life are very small.”

Research shows that children with empathy not only display less aggression and bullying, they are also more engaged in class and academically successful. In one exercise to build empathy, teachers guide a child to think positively about a close friend or family member, then an acquaintance, and then a stranger. Repetitive practices like this help create a foundation for thinking positively about others. Measuring the effectiveness of such exercises are accomplished through qualitative questionnaires and observing the social behavior of young children.

Although curriculum around mindfulness exists, it is not systematically implemented in a way that results in long-term impact. “If children understand that their humanity is tied up in the humanity of others and that their actions have a direct impact on others,” Ladd says, “well, think about how their social interactions may be different in the world.”

Honest History
While empathy can be practiced through activities, it can also be reinforced by how schools teach history. “We literally still have false narratives of history that children learn. If the way a person’s story is told is dehumanizing, how will I ever empathize with them?” Ladd asks. Though protestors toppled Thomas Jefferson’s statue this past year at Portland’s Jefferson High School, and both Wilson and Madison High Schools committed to choosing new namesakes, Ladd says we need to do more to start having honest conversations about history in the classroom.

Elementary school students are still sheltered from the uncomfortable truth that the founders of the United States owned slaves. A 2017 survey by the Southern Poverty Law Center found that 92 percent of high school students don’t know that slavery was the primary cause of the Civil War. Because recent historical events like the Vietnam War tend to be more controversial, they are often deemphasized or removed from the curriculum in order to placate parents.

“There has been so much dishonesty that has been perpetuated generation by generation because we haven’t told children the truth,” says Ladd. “People are saying this stuff with the statues coming down like we’re erasing history. It’s like, you believe that because you were taught that. They formed their schema around this false narrative, and that is dangerous.”

Equity
In 1954, the Supreme Court ruled in Brown v. Board that segregated schools were “inherently unequal.” Portland Public Schools (PPS) turned a blind eye to the case until 1962, when the National Association for the Advancement of Colored People (NAACP) accused PPS of upholding racial segregation. Ten years later, Congress passed the Civil Rights Act, initiating academic desegregation in earnest. Soon after, Portland began its bussing program, placing the burden of integration on black families, and then implemented a desegregation plan in the 1980s that inadvertently increased segregation. Though segregation is no longer enforced by law, Portland’s schools tend to remain divided, as is seen in the difference between Multnomah County’s most diverse high school, Parkrose, whose student body is only 28 percent White, and its least diverse, Riverdale, which is 88 percent White.

However, Ladd argues that the focus should be on ensuring equal educational opportunities for all rather than just racial integration. “Before bussing, before forced segregation, there were actually Black schools in which Black children thrived. But they weren’t given the resources, curriculum, and textbooks that were the equivalent of White schools’.” The issue now also includes inequality within integrated schools. Even when schools are racially mixed, Black and Native American children are more likely to be in remedial classes, according to Ladd, while Asian and White students are more likely to enroll in AP classes. In PPS, Black students are four times more likely to be suspended or expelled than White students. Ladd’s immediate concern is to ensure quality education to every child regardless of neighborhood or demographic makeup: “Until we prioritize equal access to quality education and hold high standards and high expectations for all children, the issue of segregation becomes a moot point.”

Standardized Testing as Guidelines
Oregon consistently ranks among the bottom ten states for education quality and the top five for high school dropout rates. Falling test scores, especially for low-income, Pacific Islander, Latino, Native American, and Black students, is one reason why almost one-third of Oregon high schools rank in the bottom quarter across the country. However, in Ladd’s opinion, test scores should be taken with a grain of salt. “It’s absurd to me, sometimes, how we need to measure. In education there’s a desire to measure everything,” she say.

With the Department of Education allowing states to cancel high-stakes standardized tests and universities forgoing SAT and ACT scores during the pandemic, it seems the country may be starting to distance itself from standardized testing. Critics point to research showing that scores are primarily correlated with economic background. Placing too much emphasis on testing can lead to disinterest and anxiety in school, prioritization of rote memorization over critical thinking, and a cookie cutter approach to teaching that can be detrimental to students with learning disabilities.

However, Ladd acknowledges that standardized testing can be helpful in adding a layer of accountability, especially in rural and inner-city schools where students’ scores tend to fall behind. Flexible assessments that measure student growth over time, like those by Northwest Evaluation Association, can also help inform teachers of learning gaps among students so they can modify instruction accordingly. Ladd isn’t calling for a total dissolution of standardized testing, but maintains reducing the weight of standardized testing will give schools more curricular flexibility: “Anyone who knows educational practice knows that there’s a better way to go—to take that out. I think it’ll give high schools more license to be creative.”

Value Early Education
While criticizing weaknesses in the education system can lead to improvements, it’s also important to celebrate what our educators are doing right. One of the biggest wins for education last year in the Portland area was the universal preschool measure, which provides free preschool for all three- and four-year-old children and raises preschool teachers’ wages to those of kindergarten teachers. The measure, bearing the slogan “tax the rich,” has marked Oregon as a national leader for early education.

“I’m super proud of Portland,” says Ladd, who was involved with the campaign. “What was wonderful was that it was a coalition of community-based organizations that serve diverse communities. It wasn’t the establishment saying, ‘we want to open more preschools.’ It was community saying, ‘we need early learning opportunities.’”

The next steps are to build the infrastructure of the preschool system, which is set to include early learning spaces in affordable housing complexes, and train educators. Ladd says the wage increase was an important part of the platform. “I think it’s a decision we make. Do we value this or not? Do we value the electrical technician as much as we value the person responsible for the wiring in our children’s’ brains?”

Healing after a Year of Isolation
In a controversial decision, Governor Kate Brown authorized educators to receive COVID-19 vaccines before seniors in the hope that most schools would begin to reopen in February.

For certain students, such as those who are more introverted, distance learning without everyday social pressures may be beneficial. However, as a whole, children and teenagers are suffering from increased anxiety and depression. (The Centers for Disease Control provides COVID-19 resources for social and emotional development in children.)

As students return to physical classrooms, Ladd urges schools to invest more in mental health services within educational spaces. She expects that, for young children, emotional struggles may manifest in behavioral issues, and teenagers may experience apathy or depression. Ladd says prioritizing therapeutic interventions in schools was a necessity even before the shutdown: “I hope that this pandemic has given us permission to reimagine and rebuild education in a way that prioritizes belonging and nourishes the child as a whole.”