Writing on the Landscape: Reimagining Monuments and Memorials 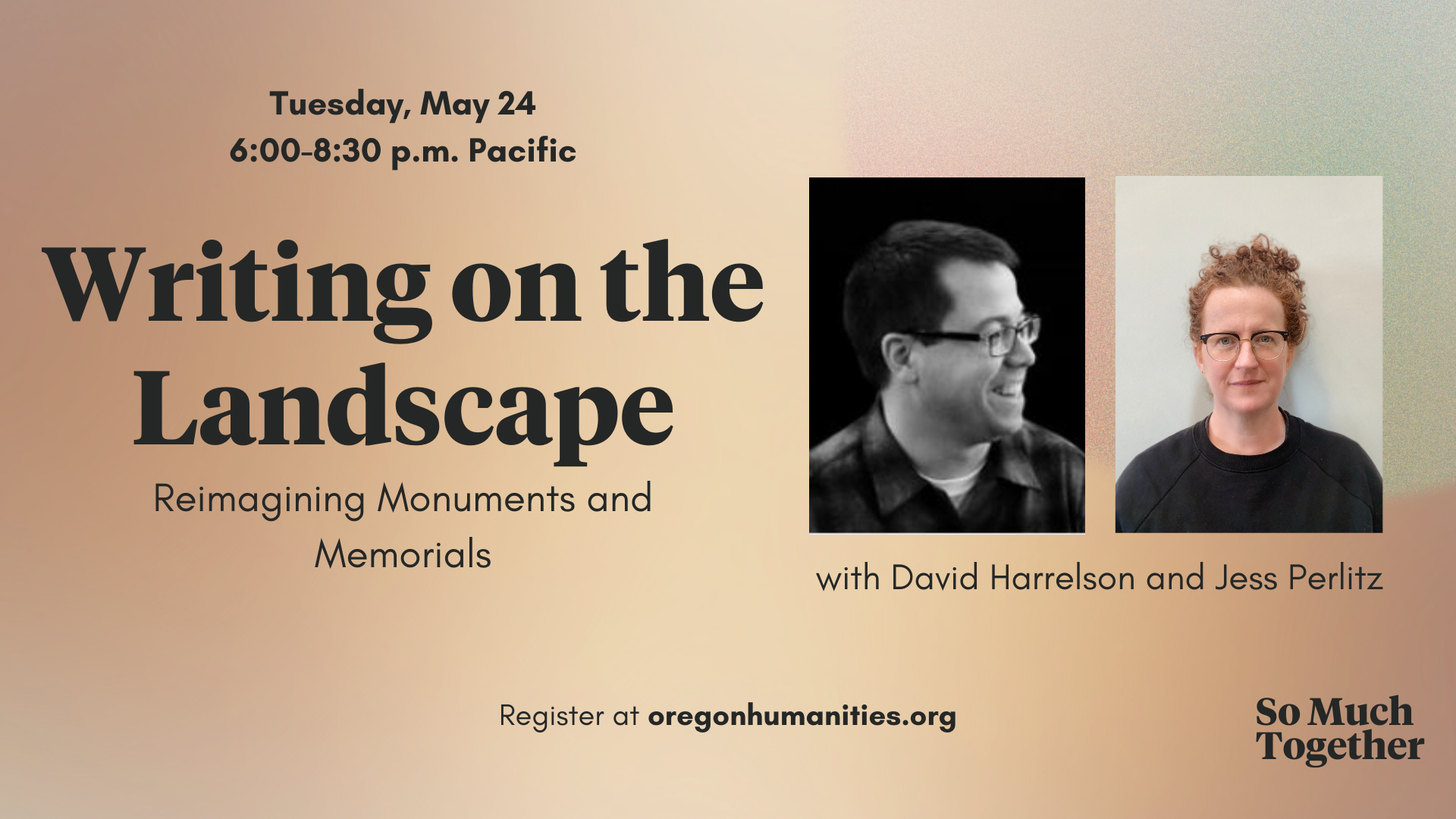 Indigenous people have been here since time immemorial. A time older than anyone can remember, and for the people of Western Oregon, that is a very long time ago. Whether it be ancestral stories that tell of a land bridge over the Columbia River, the eruption of Mt Mazama, or the great floods of the Willamette Valley that occurred between 13,000 and 18,000 years ago, the Indigenous people of this place remember. How they go about remembering has a great deal to offer the contemporary national debate on monuments and memorials. It is important that Indigenous knowledge of where we are be shared and recognized as an integral foundation to the story of place, pertinent to present-day communities who live here. As we go about innovating and envisioning new approaches to the design of monuments and memorials, it is important for us to think about how Indigenous knowledge and practices of placekeeping can inform that conversation.

In Spring 2021, the Oregon art organization, Converge 45, started Portland’s Monuments & Memorials Project (PMMP), a year-long project co-led by Jess Perlitz & Mack McFarland. PMMP joined in the national debate to consider the conditions and impacts of public monuments, including those that have been removed in Portland and those that should be built. David Harrelson, Cultural Resources Manager for Grand Ronde, convened a team of staff and tribal members for a conversation to talk about what would make a good monument. One of the goals was to ensure that the Indigenous people of Portland and their perspectives were represented in the ideas brought forward from PMMP. The tribal participants in the discussions felt acutely aware that indigenous story and knowledge of place is rarely centered or focused upon, and yet its presence here is fundamental, having never ceased to exist.

Join David Harrelson and Jess Perlitz in this workshop, where they will share thoughts and considerations about the contemporary monument and memorial discussion. Using two proposals submitted by Grand Ronde as test cases, they will discuss some of the ideas and issues at stake. Participants will have the opportunity to engage in smaller group conversation to talk about what is being debated, how we go about reimagining, and what examples we already have that we can turn to for guidance and inspiration.

David Harrelson is the Cultural Resources Department manager for The Confederated Tribes of Grand Ronde. He is a Grand Ronde tribal member from the Bean-Menard-Sengretta family. He was raised by a mountaineer and grandparents who worked in Education and Healthcare. Among his lineal Oregon ancestors of recent memory he counts the owner of a logging company, a mobile butcher, chief of police, and Kalapuya headman.  David is active in his community and currently serves on the Oregon State Advisory Committee for Historic Preservation (SACHP) as well as the Oregon Arts Commission.  He is a former board member of the Chehalem Cultural Center in Newberg, Oregon, and has previously been a conversation leader for Oregon Humanities Conversation Project where he led sessions on the topics of monuments and place. Working for over ten years in the field of Cultural Resources, David continues to champion the protection of archaeology sites, maintenance of ancestral lifeways, and proliferation of indigenous art forms throughout his Tribe's homelands centered in Western Oregon.

Jess Perlitz is an artist and an associate professor and the head of sculpture at Lewis & Clark College in Portland, Oregon. Jess is from Toronto, Ontario, Canada. Her work has appeared in playgrounds, fields, galleries, and museums, including the Institute for Contemporary Art in Philadelphia, Socrates Sculpture Park in NY, Cambridge Galleries in Canada, De Fabriek in The Netherlands, and aboard the Arctic Circle Residency. She was named a 2019 Hallie Ford Fellow and has received a Joan Shipley award and an award from the American Academy of Arts and Letters. She was recently the co-leader of Converge 45’s year-long Portland’s Monuments & Memorials Project. Her project, Chorus, is currently installed at Eastern State Penitentiary in Philadelphia, PA as part of the museum’s ongoing artists installation series.