October 16 at the Alberta Rose Theatre in Portland 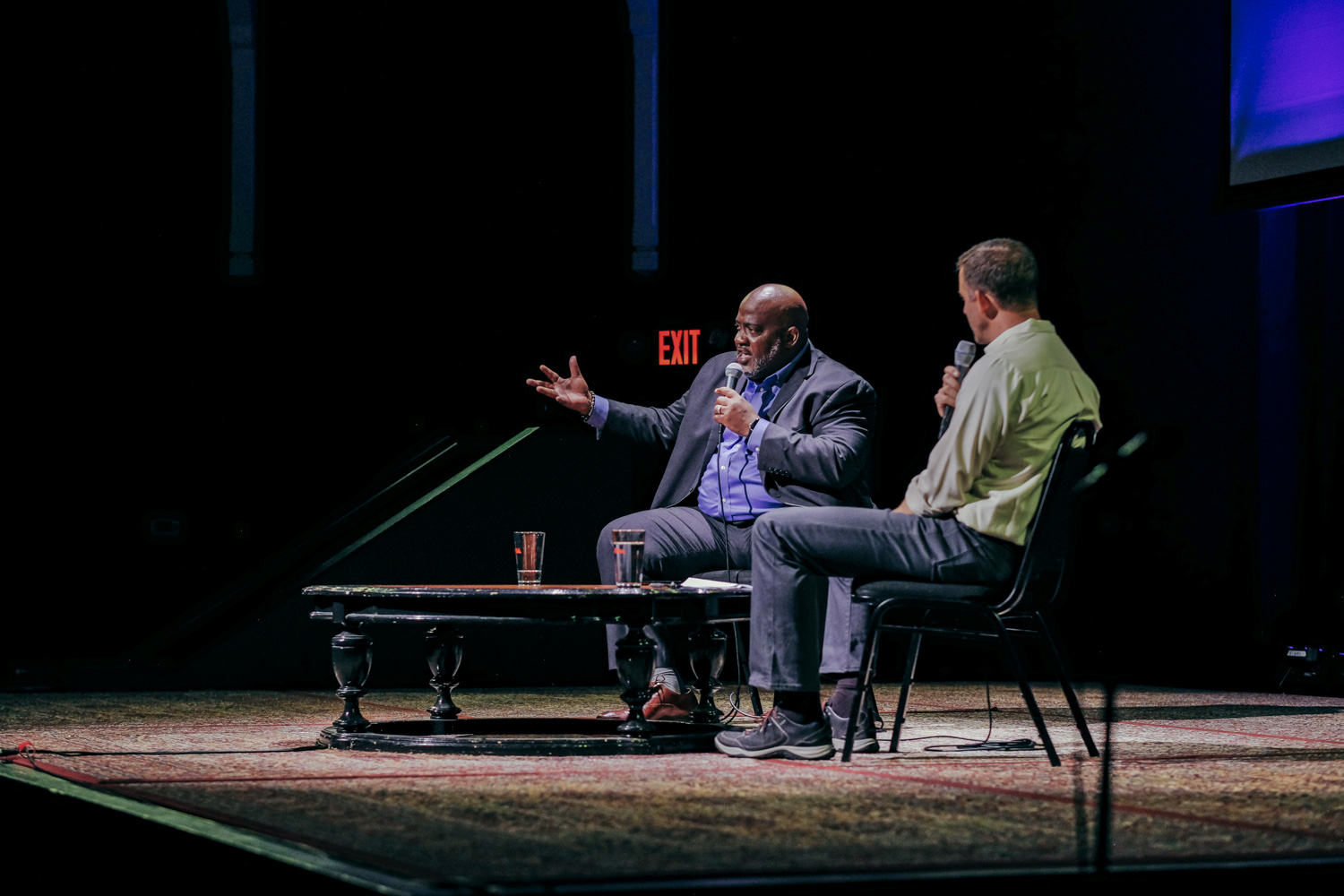 Join us October 16 for the first event in our 2019–20 Portland Think & Drink series, Making Democracy, an onstage conversation with Desmond Meade. Meade is a formerly homeless returning citizen who overcame many obstacles to eventually become the executive director of the Florida Rights Restoration Coalition (FRRC). In 2018, he led the FRRC to a historic victory with the successful passage of Amendment 4, a grassroots citizens' initiative which restored voting rights to over 1.4 million Floridians with past felony convictions. At Think & Drink, he'll talk about voting rights and the future of democracy with Adam Davis, executive director of Oregon Humanities.

We invite you to stay after the program for snacks and conversation. Minors are welcome when accompanied by an adult.

The Alberta Rose Theatre is accessible by Trimet bus lines 17, 70, and 72. The venue is wheelchair accessible.

Tickets: General admission tickets for this event are $15. Click here to purchase tickets.

To make sure as many people as possible who want to attend are able to, a small portion of tickets are available at no cost. If you’re able to pay for a ticket, we ask that you do so to help keep this program accessible to all. Click here to reserve no-cost tickets.

Can't make it in person? The conversation will be streamed live below and recordings will be available by October 18.

If you have any questions about this event, please contact Ben Waterhouse at b.waterhouse@oregonhumanities.org or (503) 241-0543, ext. 122.

Desmond Meade is a formerly homeless returning citizen who overcame many obstacles to eventually become the executive director of the Florida Rights Restoration Coalition (FRRC), chair of Floridians for a Fair Democracy, and a graduate of Florida International University College of Law.

As president and executive director of FRRC, which is recognized for its work on voting and criminal justice reform issues, Meade led the FRRC to a historic victory in 2018 with the successful passage of Amendment 4, a grassroots citizens' initiative which restored voting rights to over 1.4 million Floridians with past felony convictions. Amendment 4 represented the single largest expansion of voting rights in the United States in half a century and brought an end to 150 years of a Jim Crow-era law in Florida.

Presently leading efforts to empower and civically re-engage local communities across the state, and to reshape local, state, and national criminal justice policies, Meade has been recognized for his leadership and the impact of his work. He has been named one of Time Magazine's 100 Most Influential People in the World and recognized as Floridian and Central Floridian of the Year.

Adam Davis has been the executive director of Oregon Humanities since 2013 and directed the Center for Civic Reflection before that. Davis has trained thousands of discussion leaders across the country, facilitated hundreds of community and workplace discussions, moderated onstage conversations with community-builders, office-holders, and authors, and edited books including Taking Actionand The Civically Engaged Reader. He currently sits on the boards of the High Desert Partnership and the Cultural Advocacy Coalition. He received his PhD from the University of Chicago, and he used to lead wilderness trail crews in the Pacific Northwest.

Four onstage conversations with activists, writers and civic leaders about how we make decisions together in our communities