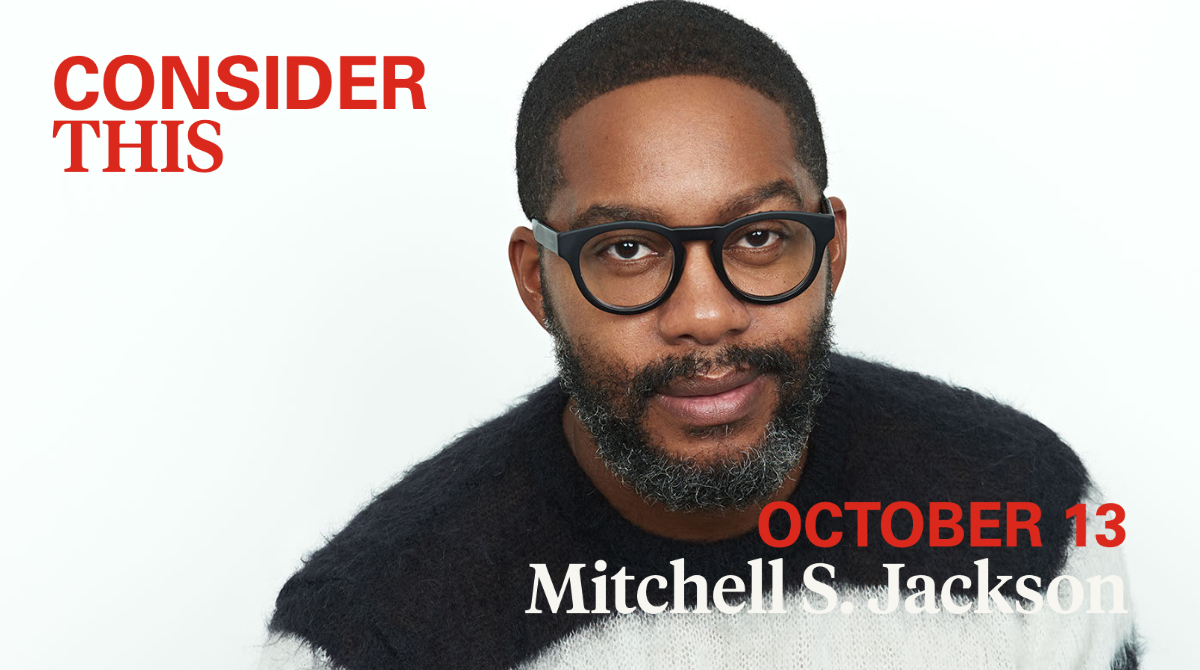 Our 2021–22 Consider This series, American Dreams, American Myths, American Hopes, kicks off October 13 with a conversation with writer Mitchell S. Jackson, author of Survival Math and The Residue Years. Join us for a live virtual conversation on self-determination, family, and redemption with Jackson and Adam Davis, executive director of Oregon Humanities.

The program will begin at 5:00 p.m. Pacific on Wednesday, October 13, and will be streamed live on YouTube and on this page. Following the panel's discussion, at 6:00 p.m., viewers may join other participants in facilitated conversations on Zoom. To participate in the second part of the program, please RSVP here.

Mitchell S. Jackson was born and raised Portland, Oregon. His work explores his hometown, including the systemic forces that shaped his community, his family, and his early life. That exploration began with his debut novel, The Residue Years, and continued in his second book, Survival Math: Notes on an All-American Family. In his hybrid nonfiction, Jackson examines the hardships that shaped his life, his family, and his community. The book serves as a cultural critique of the racial history of Oregon, American whiteness, mass incarceration, sex work, violence, and broken families—phenomena of which Jackson is intimately familiar—and ultimately presents a microcosm of the forces blighting the lives of untold disenfranchised Americans.

This series is made possible thanks to the support of the National Endowment for the Humanities’ More Perfect Union initiative, the Oregon Cultural Trust, The Standard, Stoel Rives LLP, the Kinsman Foundation, and the City of Portland's We Are Better Together program.

Our 2021–22 Consider This series explores the stories we tell ourselves about the origins, ideals, and aspirations of the United States. Join us for a series of in-person and online conversations in Portland and across Oregon.

A live conversation with the author of American War and What Strange Paradise.