May 11 at the Alberta Rose Theatre 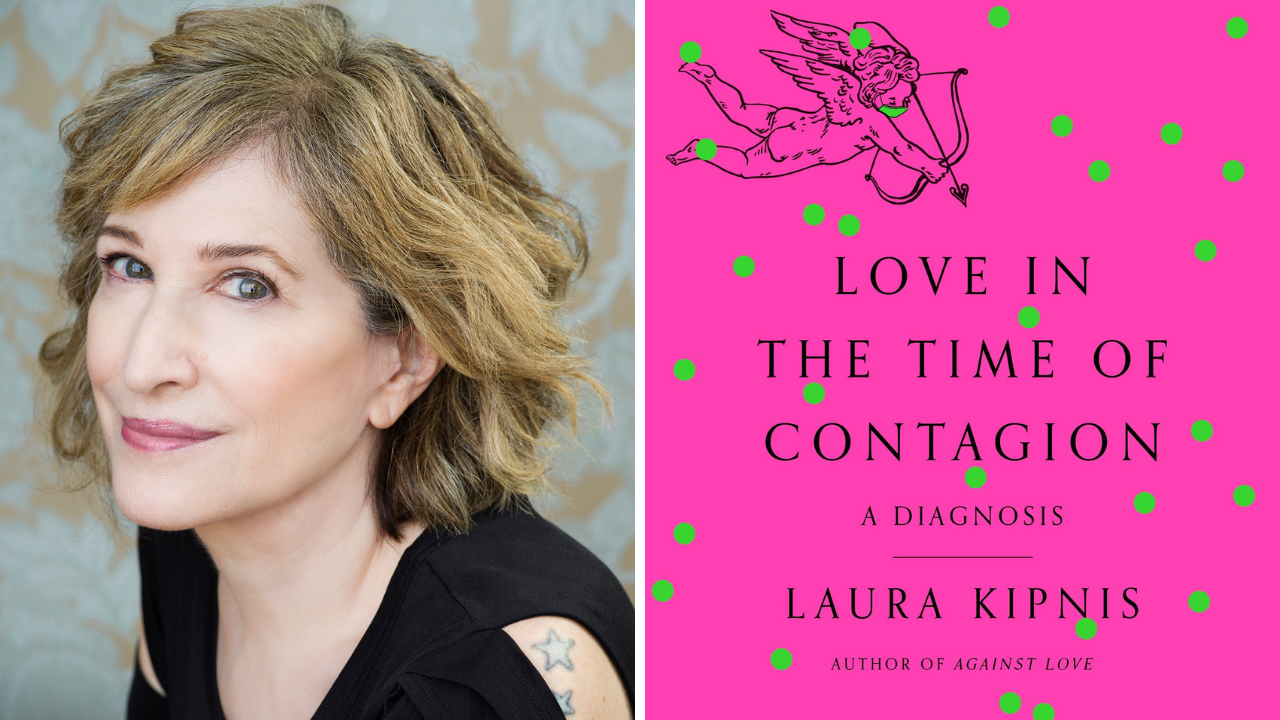 Join us on Wednesday, May 11, 2022, for a conversation with Laura Kipnis, author of Love in the Time of Contagion and Unwanted Advances, on love, marriage, and capitalism. Kipnis is a cultural critic and essayist whose work focuses on sexual politics in the United States. This program is part of our 2022 Consider This series American Dreams, American Myths, American Hopes.

This event will take place at the Alberta Rose Theatre, 3000 NE Alberta St., in Portland. Doors will open at 6:00 p.m, and the event will begin at 7:00 p.m. Laura Kipnis will be available to sign books after the event. Tickets are $15. Click here to purchase a ticket.

No-cost tickets are also available for this event. Click here to register for a no-cost ticket.

This is an in-person event. Oregon Humanities and the Alberta Rose Theatre will follow all local, state, and federal safety guidelines for public gatherings.

The program will also be streamed live on YouTube (and on this page). No registration is necessary to watch the live stream.

Laura Kipnis is a cultural critic, essayist, and former video artist whose work focuses on sexual politics, aesthetics, shame, emotion, acting out, moral messiness, and various other crevices of the American psyche. She is the author of seven books, including Love in the Time of Contagion: A Diagnosis (Pantheon, 2022).

Kipnis has published essays and reviews in the New York Review of Books, the Guardian, Slate, the Atlantic, Harper’s, Playboy, the New York Times Magazine, the New York Times Book Review, Bookforum, and New Left Review.  She is professor emerita in the department of radio/television/film at Northwestern University, and she has taught previously at the University of Wisconsin-Madison, the University of Michigan, New York University, Columbia University, University of British Columbia, and the School of the Art Institute of Chicago. Kipnis has received fellowships from the Guggenheim Foundation, the Rockefeller Foundation, the Michigan Society of Fellows, the National Endowment for the Arts, and Yaddo. She has a BFA from San Francisco Art Institute and an MFA from Nova Scotia College of Art and Design.

Kipnis' books are available from Broadway Books and other independent bookstores.

This series is made possible thanks to the support of the National Endowment for the Humanities’ "A More Perfect Union" initiative, the Oregon Cultural Trust, Susan Hammer Fund of Oregon Community Foundation, The Standard, Stoel Rives LLP, the Kinsman Foundation, and the City of Portland's We Are BetterTogether program.

Consider This with Nataki Garrett and Jelly Helm