March 16 at the Alberta Rose Theatre 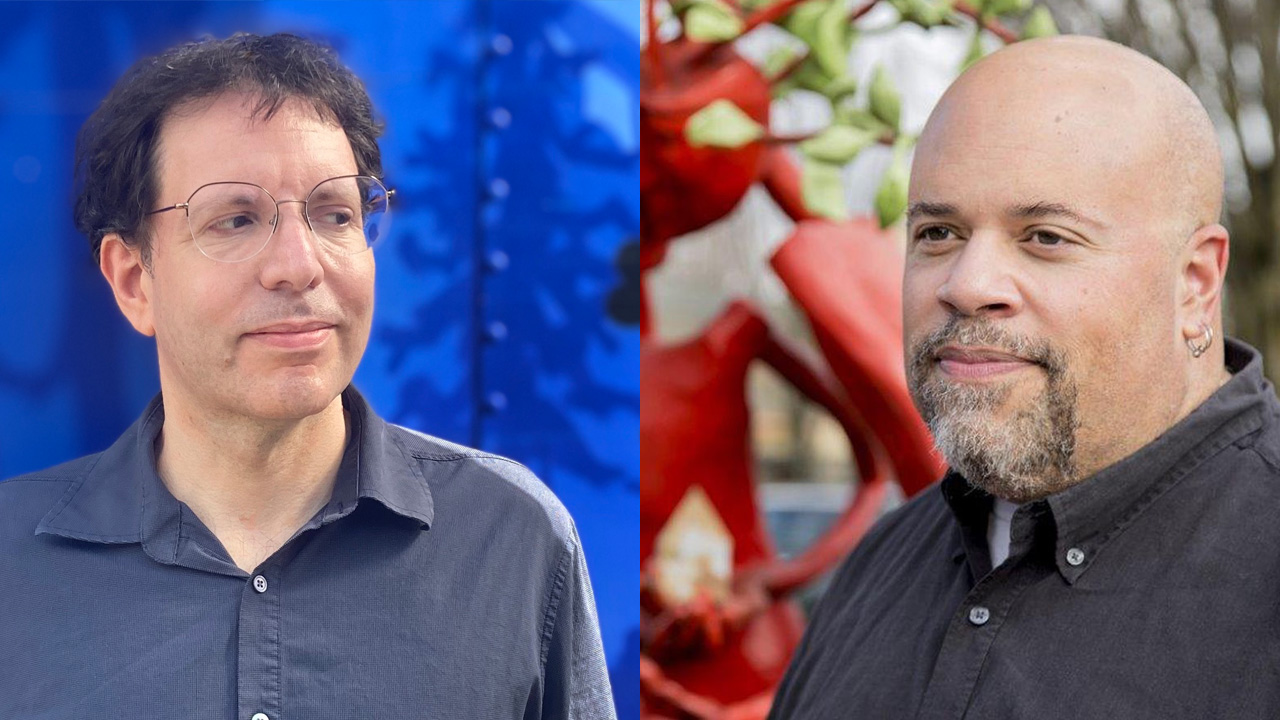 Our 2022 Consider This series, American Dreams, American Myths, American Hopes, continues on March 16 with a conversation about comics. Comic books, and especially the superhero comics of Marvel and DC, have embodied the hopes and fantasies of many Americans for nearly a century, and the myriad media arising from them have come to comprise a uniquely American mythology.

Our guests for this conversation are David F. Walker, a comic book writer, filmmaker, journalist, and educator whose work includes Bitter Root, Naomi, and The Black Panther Party: A Graphic Novel History, and Douglas Wolk, a pop culture critic and author of Reading Comics and All the Marvels, for which he read some 27,000 Marvel comic books. Writer Courtenay Hameister will moderate the program.

This is an in-person event. Oregon Humanities and the Alberta Rose Theatre will follow all local, state, and federal safety guidelines for public gatherings. To enter the venue, the theatre requires proof of a full course of COVID vaccination for all attendees ages five and up.

Recognized as a leading scholar expert of African-American cinema who has been interviewed by such news outlets as The Los Angeles Times, New York Daily News, and BBC, Walker produced one of the definitive documentaries on the topic of Blaxploitation films, Macked, Hammered, Slaughtered, and Shafted. His publication BadAzz MoFo became internationally known as the indispensable resource guide to black films of the 70s, and he is co-author of the book Reflections on Blaxploitation: Actors and Directors Speak. Walker’s most recent book, Becoming Black: Personal Ramblings on Racial Identification, Racism and Popular Culture, was released in winter 2013.

Walker is an adjunct professor at Portland State University. He has also taught documentary filmmaking, writing for comics, and film criticism to youth through the Pacific Northwest College of Art, Northwest Film Center, Documentary Northwest, and Project Youth Doc.

Douglas Wolk is a pop culture critic, teacher and writer, and the author of All of the Marvels, Reading Comics and 33 1/3: Live at the Apollo. He’s written about comics and music for magazines, newspapers and web sites including Time, The New York Times, Rolling Stone, The Washington Post, The Believer, Entertainment Weekly, The Los Angeles Times, The Village Voice, Slate and Pitchfork. Wolk has been a National Arts Journalism Fellow at Columbia University and a Fellow in the USC Annenberg/Getty Arts Journalism Program. His other projects have included the comic book Judge Dredd: Mega-City Two and the record label Dark Beloved Cloud.

Currently, he teaches at Portland State University and hosts the podcast Voice of Latveria. He lives in Portland, Oregon.

Courtenay Hameister is a professional nervous person. During her twelve years as host and head writer for Live Wire, a nationally syndicated public radio show, she interviewed over 500 intimidating people and wrote 200 personal essays in bursts of anxiety-fueled inspiration at midnight the night before each show. Her work has also been featured in McSweeney’s, APM’s Marketplace, More magazine, and some scathing emails to the customer service department at Macy’s. Her debut book is Okay Fine Whatever. Visit her online at courtenayhameister.com.