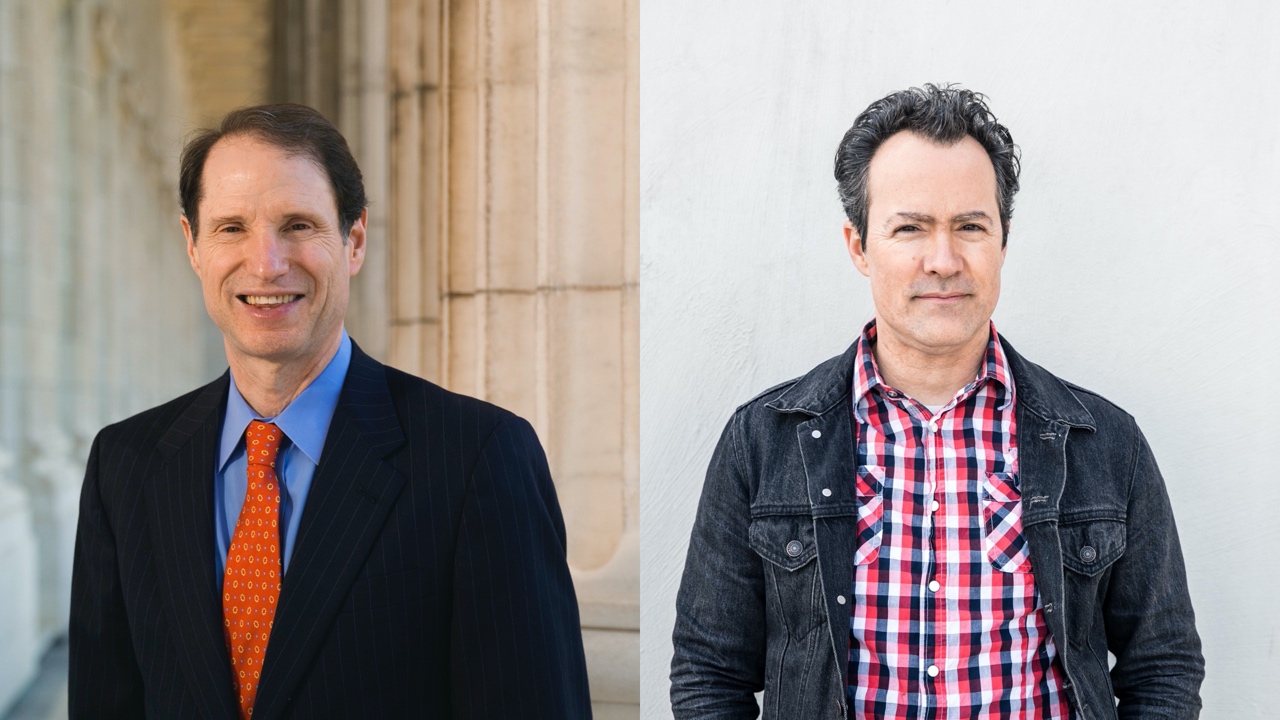 Over the past thirty years, the internet has influenced almost every facet of human existence, including how we get and make our news, how we communicate with people in power, and how we participate in self-governance. Join us May 13 for a discussion of the internet, democracy, and community with Senator Ron Wyden, journalist Clive Thompson, and Adam Davis, executive director of Oregon Humanities.

This event will be streamed live on YouTube beginning at 4:30 p.m. Wednesday, May 13. To participate, RSVP here. You will also be able to submit questions for our guests. Senator Wyden will speak with Davis from 4:30 to 5:00 p.m, Thompson and Davis will speak from 5:00 to 5:30, and there will be an opportunity for breakout conversations via Zoom from 5:30 to 6:00.

Senator Ron Wyden is the senior US Senator for Oregon, a seat he has held since 1996. He is known nationally for his work on internet-related policy, including net neutrality, rural broadband access, copyright issues, and cybersecurity. In 1996, he coauthored Section 230 of the Communications Decency Act, which established that internet service providers and websites are not liable for content created by their users. In 1998, he coauthored the Internet Tax Freedom Act, which prohibits taxes on internet access in the United States. He recently announced that he will reintroduce the Community Broadband Act, which would overturn state laws that prohibit municipal governments from providing telecommunications services.

Clive Thompson is a longtime contributing writer for The New York Times Magazine, a columnist for Wired, and the author of Smarter Than You Think: How Technology is Changing Our Minds for the Better and Coders: The Making of a New Tribe and the Remaking of the World. He writes not only about inventors, but also about how everyday people use technology—often quite unpredictably.

Think & Drink is a conversation series that explores provocative ideas and fresh perspectives. These conversations usually take place on stages around Oregon. This event will be held online due to the COVID-19 pandemic.

The 2019–20 Think & Drink series is made possible thanks to the support of the National Endowment for the Humanities, the Oregon Cultural Trust, Stoel Rives LLP, Tonkon Torp LLP, the Kinsman Foundation, and the Andrew W. Mellon Foundation.

Hello from the rural hinterlands of Oregon. I'm so happy to finally get to be in attendance. There have been many topics I wanted to attend but are just too far away. Viva Virtual!