March 11 at the Alberta Rose Theatre in Portland 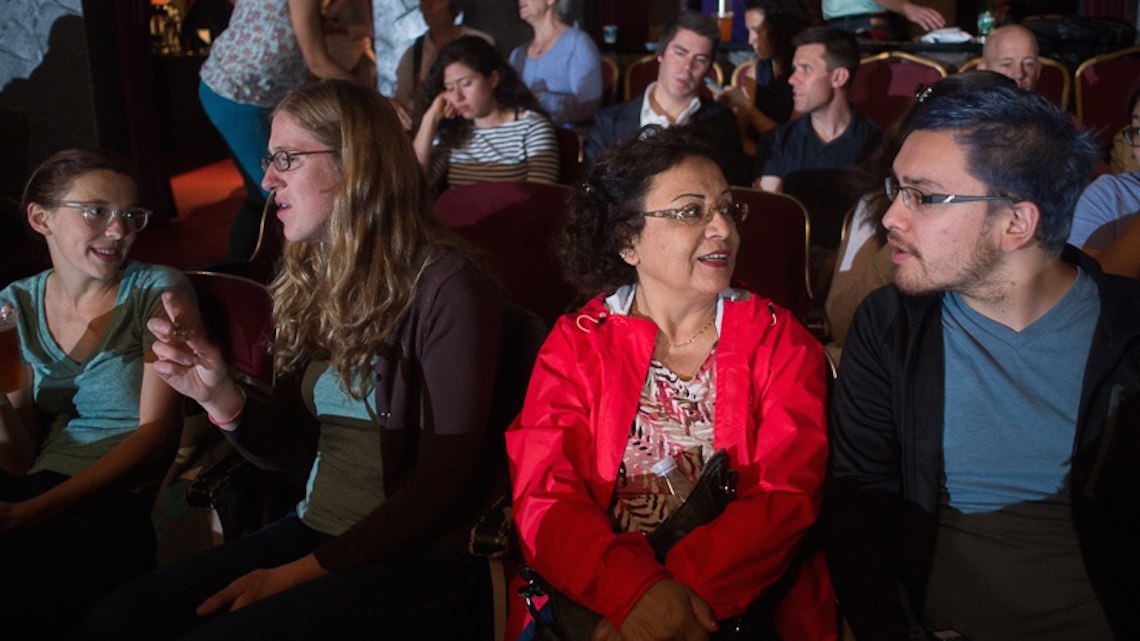 This year, many Oregonians will vote to choose who will get to hold public offices from school boards to the United States Senate. Only a few will stand for election to those offices, and fewer still will be elected to represent the rest of us, including those who did not vote for them and those who are not allowed a vote. The next conversation in our Making Democracy series will explore experiences of running for and holding public office. What determines who runs for public office in Oregon? What does it mean to represent a diverse community? Who runs and why, and to whom are they most accountable? Join us for a conversation on representation, democracy, and elections with former Happy Valley Mayor Lori Chavez-DeRemer, Gresham City Councilor Eddy Morales, and Ana del Rocío, executive director of Oregon Futures Lab.

Think & Drink is an onstage conversation series that explores provocative ideas and fresh perspectives. Come prepared to listen, watch, and engage. We invite you to stay after the program for snacks and conversation. Minors are welcome when accompanied by an adult.

Tickets: General admission tickets for this event are $15. Click here to purchase tickets.

To make sure as many people as possible who want to attend are able to, a small portion of tickets are available at no cost. If you’re able to pay for a ticket, we ask that you do so to help keep this program accessible to all. Click here to reserve no-cost tickets.

The Alberta Rose Theatre is accessible by Trimet bus lines 17, 70, and 72. The venue is wheelchair accessible.

The conversation will be streamed live on this page via Youtube starting at 7:00 p.m.

If you have any questions about this event, please contact Ben Waterhouse at b.waterhouse@oregonhumanities.org or (503) 241-0543, ext. 122.

Eddy Morales is a Gresham City Councilor, treasurer for the Democratic Party of Oregon, a board member for Planned Parenthood Columbia Willamette, a small-business owner, and political advisor with eighteen years of experience in community organizing. Morales is also the founder of East County Rising, a community organization dedicated to increasing civic engagement among underserved populations in East Multnomah County and supporting candidates and elected officials who advance equitable policies.

Ana del Rocío has been executive director of Oregon Futures Lab since 2018. A first-generation Chicana/Peruana mother of two young boys, del Rocío has been policy director to Multnomah County Commissioner Jessica Vega Pederson and served on the board of David Douglas School District in East Portland.

Lori Chavez-DeRemer served as mayor of Happy Valley from 2010 to 2018 and ran for election to the Oregon House of Representatives to represent District 51 in 2018. Chavez-DeRemer leads the business operations for her family-owned health and wellness center and is the co-owner of a female-owned cannabis grower. She has participated in the Happy Valley Parks Committee, Happy Valley City Council, Clackamas County Coordinating Committee, the Board of Directors for the Oregon League of Minority Voters, and other community groups in the metropolitan area.

The 2019–20 Think & Drink series is made possible thanks to the support of the National Endowment for the Humanities, the Oregon Cultural Trust, Stoel Rives LLP, Tonkon Torp LLP, the Kinsman Foundation, and the Andrew W. Mellon Foundation.