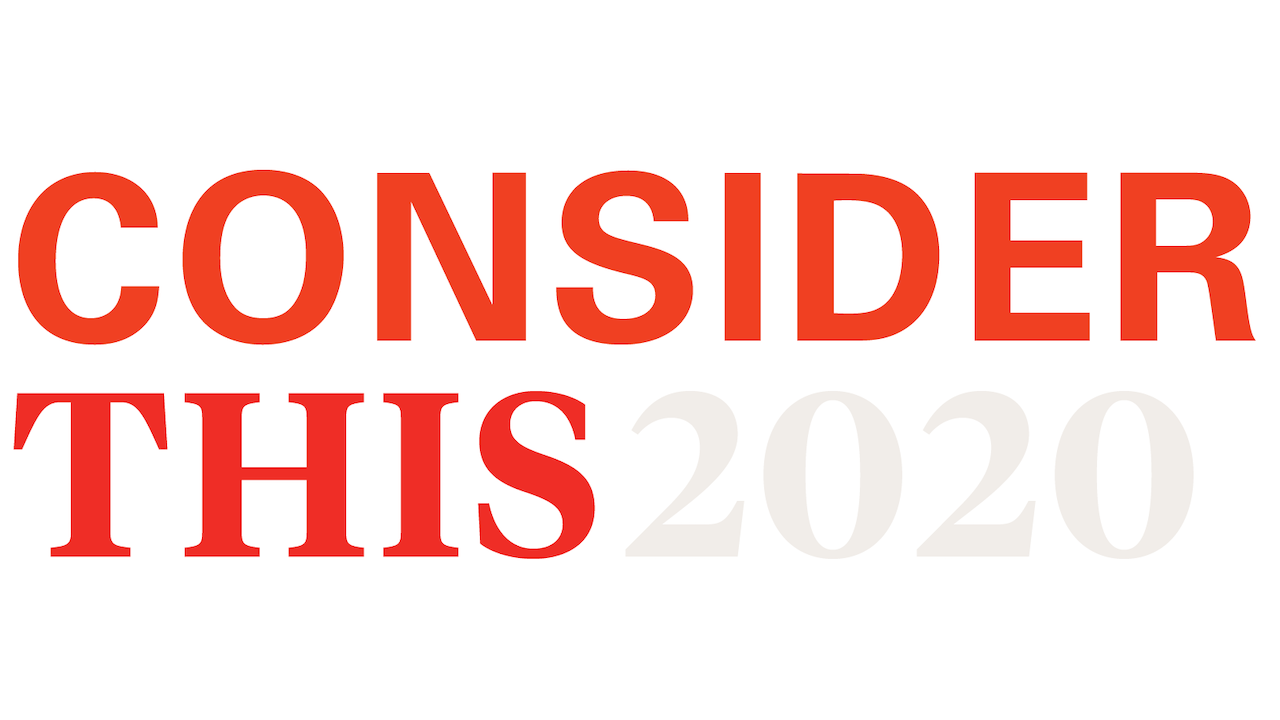 We’re changing the name of our Think & Drink conversation series to Consider This as of September 2020. The program itself won’t change: we plan to keep on presenting thought-provoking conversations with writers, civic leaders, activists, and artists under the new name.

We started talking about changing the name of Think & Drink a few years ago, for several reasons. One is that the event has outgrown the name. The first Think & Drink event was held on December 3, 2008, at rontoms, a bar near the east end of the Burnside Bridge in Portland. Our first guest was Jelly Helm, director of the branding firm Studio Jelly, who at the time was leading the rebranding of Oregon Council for the Humanities to Oregon Humanities. Billed as a “happy hour conversation,” the event had a full house of 135 people. Over the next ten years, Think & Drink’s Portland events moved to larger venues, first McMenamins Mission Theatre in 2011 and then the Alberta Rose Theatre in 2014. We now regularly have crowds of more than 300 people, and have moved the start time well past happy hour.

The other main reason to change the name is to make the program more inclusive. Over the past eleven years, we’ve heard from many groups and communities who said Think & Drink, with its implication of alcohol consumption, made the events inaccessible or off-putting to them.

The new name, Consider This, was chosen with input from Oregon Humanities’ staff and people who’ve participated in or attended many Think & Drink events. We owe a debt of gratitude to our colleagues at Maine Humanities Council, who use the name for one of their public programs.

Consider This: Art in a Time of Politics