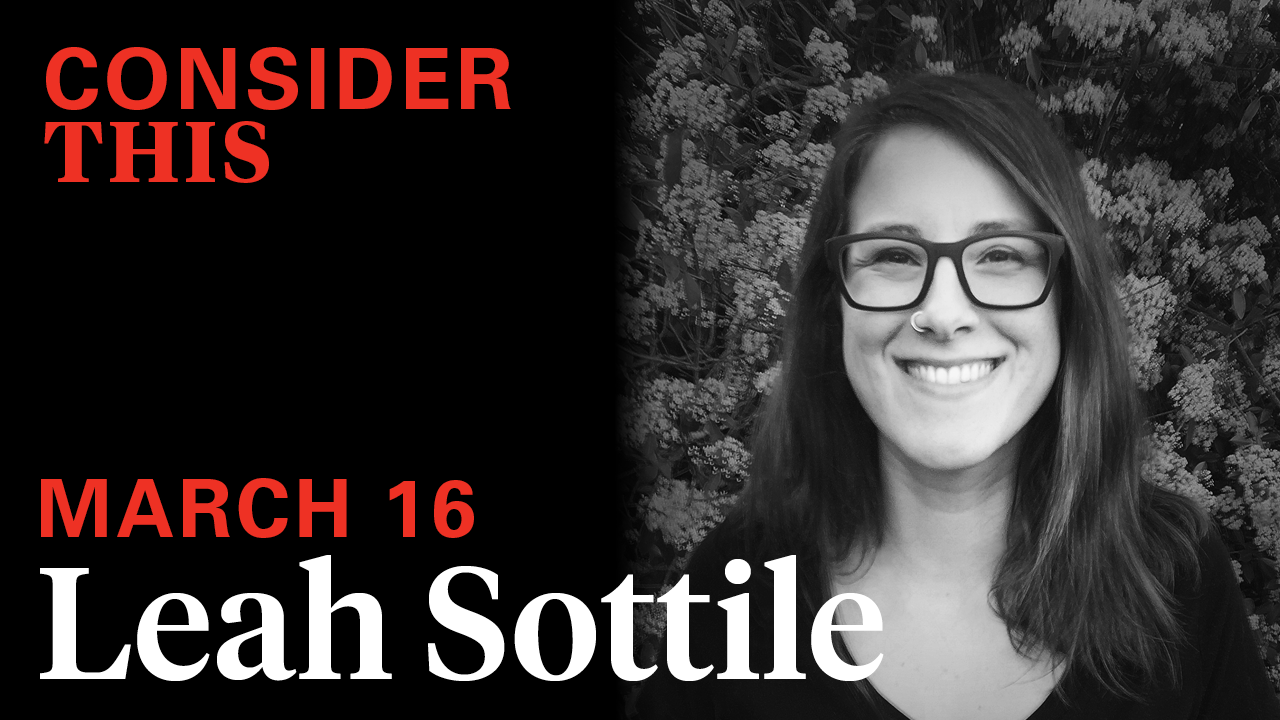 Our 2020–21 Consider This conversation series is all about democracy and civic engagement—how it works, who gets to participate, and how it can break down. Join us for conversations with journalists and scholars with insight into how our democracy is working and the threats it faces. On March 16, our guest is Leah Sottile, an Oregon journalist who has done in-depth reporting on extremist right-wing movements in the western United States. We'll talk about how fringe religious and political groups have grown and gained political power.

The conversation will take place starting at 5:00 p.m. Pacific on Tuesday, March 16, via Zoom and YouTube. To join us and other viewers in our virtual lobby for post-talk conversation, please RSVP here. If you'd rather just watch live, you can do so on this page or on YouTube. Recordings of the program will be available on March 17.

Leah Sottile is a freelance journalist whose features, profiles, investigations and essays have been featured by the Washington Post, The New York Times Magazine, Playboy, Rolling Stone, California Sunday Magazine, Outside, The Atlantic, and High Country News, where she is a correspondent. She is the host of the podcast Two Minutes Past Nine, produced with BBC Radio 4, and the National Magazine Award–nominated series Bundyville, made in collaboration with Longreads and Oregon Public Broadcasting.

Consider This is made possible thanks to the support of the National Endowment for the Humanities, the Oregon Cultural Trust, Northwest Natural, Tonkon Torp LLP, Stoel Rives LLP, the Kinsman Foundation, and the City of Portland's We Are Better Together program. This program was funded by the “Why it Matters: Civic and Electoral Participation” initiative, administered by the Federation of State Humanities Councils and funded by Andrew W. Mellon Foundation. This event is cosponsored by League of Women Voters of Portland.

Consider This with Clint Smith

Consider This with Eric K. Ward