September 14 in Portland and online 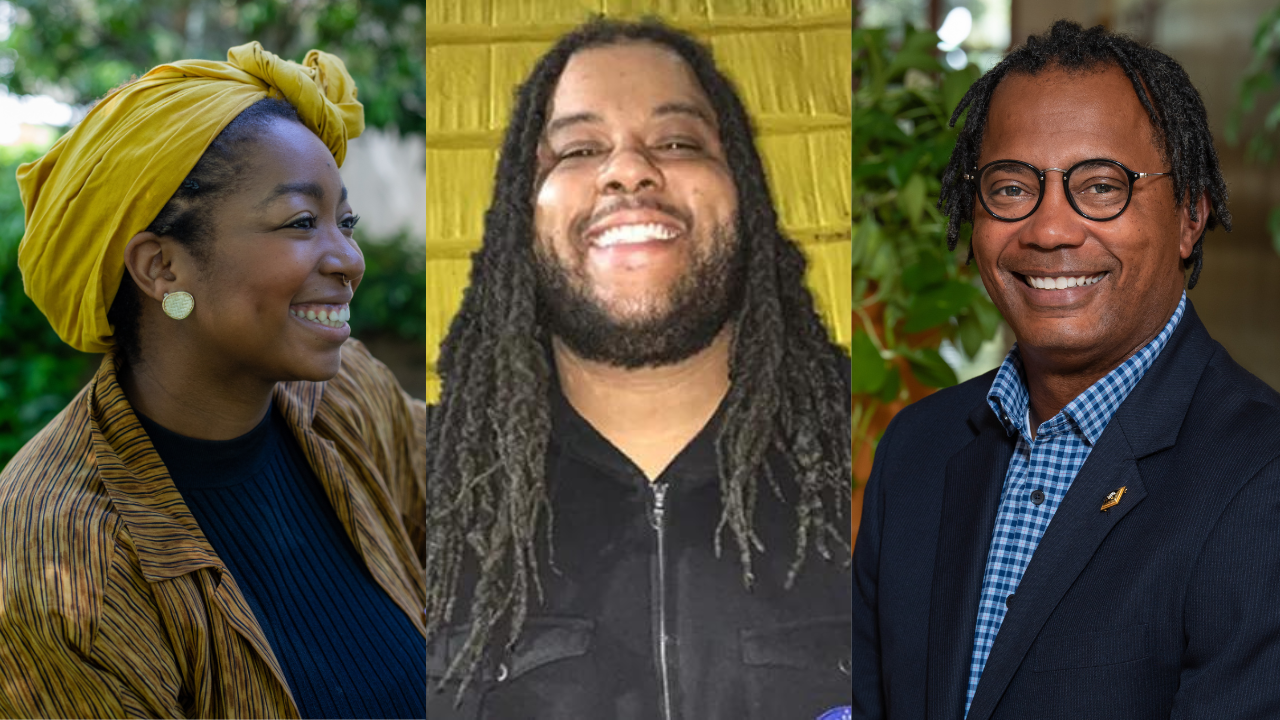 You can join this event either in person or online.

No-cost tickets are also available for this event. Click here to register for a no-cost ticket for the in-person program.

The conversation will also be broadcast live, for free, on YouTube. Following the live stream, viewers will have an opportunity to connect with other online participants in a conversation on Zoom. Click here to register for the online conversation.

Joy Alise Davis is a Cincinnati native who graduated from Miami University with a bachelor of arts in political science and from Parsons School of Design with a master of arts in theories of urban practice. She has held support and leadership roles at various social justice organizations for over ten years. Davis has consulted on urban planning, urban design, and racial equity projects with government bureaus in Oregon for over five years.

Davis is the founder of the award-winning Design + Culture Lab, a research-driven, urban-social enterprise that works at the intersection between identity and place. Currently, she serves as the president and executive director of Imagine Black, where she works to help our Black community imagine the alternatives they deserve and build political participation to achieve those alternatives. Imagine Black is one of the first Black-led and Black-serving political 501c4 nonprofits in Oregon.

Jenkins hails from East Oakland, CA, where he worked on campaigns for three years. From helping to get the first Asian American mayor elected in Oakland to ensuring that billionaires paid their fair share of taxes to fund California schools, Keith is a persuasive canvasser who brings levity and impact to campaigns.

Marcus LeGrand is the Afrocentric Program coordinator and a professor of business and human development at Central Oregon Community College. He serves on the board of Bend-La Pine Schools and volunteers for numerous organizations (Restorative Justice and Equity, The Fathers Group, and Allyship and Action). LeGrand holds a BA in marketing and advertising from the Foster Business School at the University of Washington-Seattle and an MA in counseling and psychotherapy from Rowan University. He is a Navy veteran who fought in the Persian Gulf and the father of a daughter and son.

Bruce Poinsette is a writer, educator, and community organizer whose work is primarily based in the Portland Metro Area. He hosts “The Blacktastic Adventure: A Virtual Exploration of Oregon’s Black Diaspora.” A former reporter for the Skanner News Group, his work has also appeared in the Oregonian, Street Roots, Oregon Humanities, and We Out Here Magazine, as well as projects such as the Mercatus Collective and the Urban League of Portland’s State of Black Oregon 2015. Poinsette also contracts with the University of Oregon Equity and Inclusion Office and numerous Oregon nonprofits, as well as teaching journalism and creative nonfiction with Literary Arts’ Writers in the Schools program. In addition to his professional writing work, Poinsette volunteers with Respond to Racism LO, a grassroots antiracism organization in his hometown of Lake Oswego.

This program is part of the “Democracy and the Informed Citizen” initiative, administered by the Federation of State Humanities Councils and funded by the Andrew W. Mellon Foundation. The initiative seeks to deepen the public’s knowledge and appreciation of the vital connections between democracy, the humanities, journalism, and an informed citizenry.

Consider This receives additional support from the National Endowment for the Humanities, the Oregon Cultural Trust, The Standard, Stoel Rives LLP, and the Susan Hammer Fund of Oregon Community Foundation.

Consider This: People, Place, and Power

Consider This with Kiese Laymon